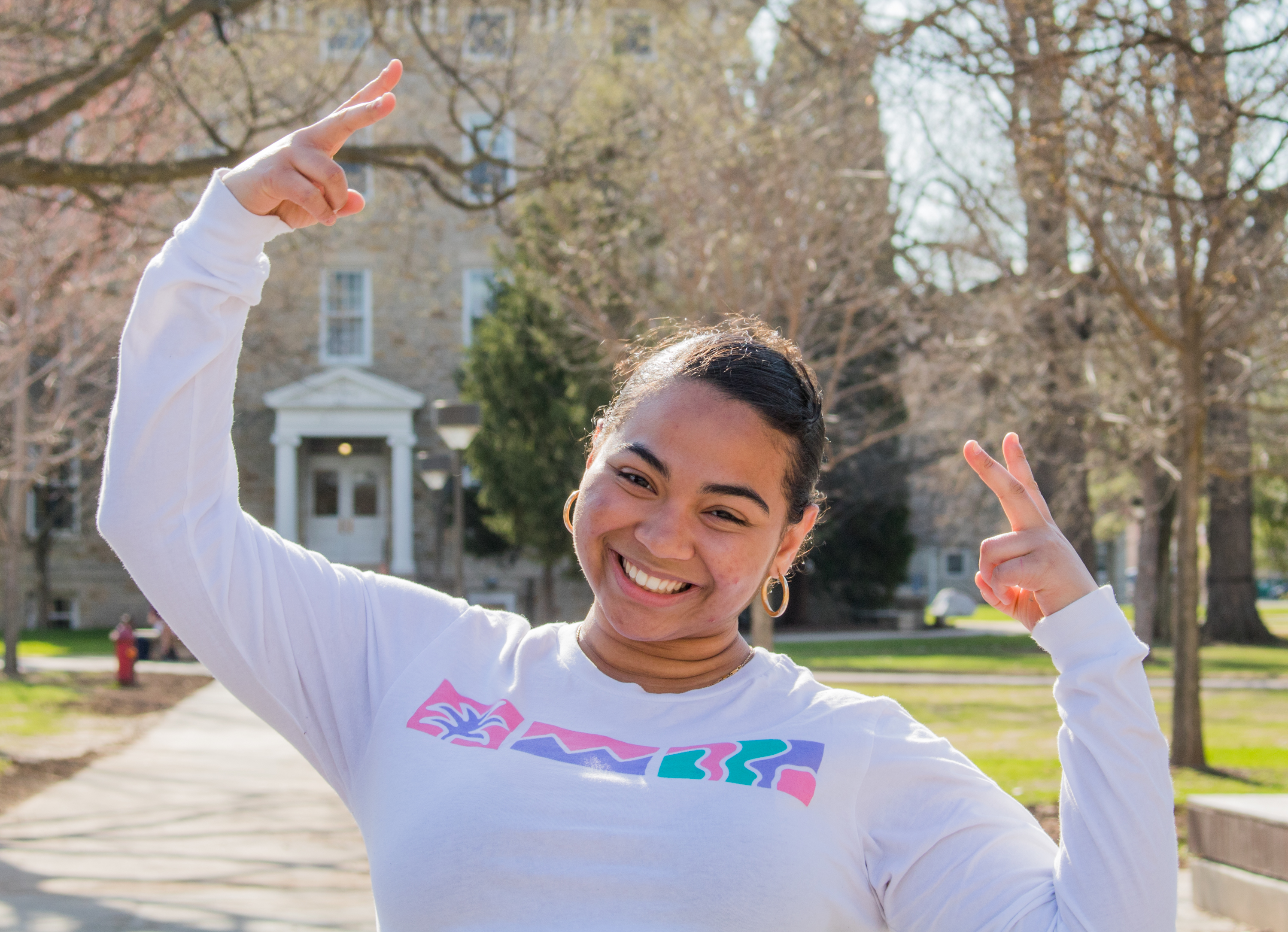 To identify as a womxn is to expect solidarity with others who identify the same way. The assumption that there is a universal and singular womxn experience erases the nuances and variety that exists. This column seeks to address those intersections in an effort to celebrate and deconstruct the reality of womxnhood in the various ways it is expressed.

“I don’t know if I’m answering your question well,” freshman Sabrina Salas repeated often during the course of this interview. Each time, I reminded her that if her answer is true to her, it more than suffices. The slow, deliberate answers she gave were a contrast to the jokes she cracked right before the interview started, but her thoughtfulness did not suggest a hesitation to express herself. Instead, it exemplified an astute awareness that she carries as a self-described “quirky Dominican-American girl.”

I would be remiss if I didn’t somehow disclose that Salas and I are close personal friends and have been since before even coming to Lawrence. Our bond definitely developed after realizing how similar our backgrounds are: both Dominican-American women, both from the Bronx and both first-generation college students attending Lawrence University. Throughout our friendship, we have often butted heads once encountering the differences that exist between us.

Despite hailing from the same cultural and geopolitical sphere, it is sometimes shocking when we don’t think the same way. Simple acceptance of our individual experiences, however, has created a stronger friendship. We know just because we are similar does not mean we are the same. In hindsight, Salas wishes people back in her hometown could have been just as accepting.

Salas hails from the Patterson Projects in the South Bronx. She expressed this without shame because she insisted she couldn’t imagine being from any other place. Being from the Bronx has become a large part of her identity and it is an aspect she celebrates often.

I can personally attest to seeing her cross her forearms across her chest to create the customary “BX” sign whenever there is a mention of the New York City borough in conversation. While immensely proud of her neighborhood, Salas couldn’t shake the feeling that she didn’t belong there while growing up.

The tendency to stereotype that came from inside the neighborhood did not do her childhood any favors. “People thought I was different,” said Salas. “I think being unique is always a good thing, but people doubted I was even from the Bronx. They would even say I didn’t ‘act Dominican.’”

According to Salas, anything that didn’t match the category of behavior deemed acceptable by those in the Projects meant automatic alienation. Her interest in indie music (Salas insisted that I specify she loved Twenty One Pilots when they were at their best) and her bubbly personality seemed contradictory to a supposed inherent attitude.

Salas didn’t remember having any friends as a child from the neighborhood because of this reason. She felt that it became necessary to consider herself as a rarity when others attempted to differentiate her, but now accepts simply living as you are makes it impossible to fulfill a stereotype.

Continuing to recollect, Salas realized that she wasn’t truly aware of her identity as a woman of color until removed from the enclaves of the Bronx. She was 15 and at a science conference for young scholars. Placed in a leadership role because of her out-spoken nature, Salas had to cope with being in front of an audience that didn’t look like her. She felt like they especially underestimated here because she was a girl. It was unfamiliar to her at the time.

A special brand of protectiveness flared up, however, when Salas spoke against the statistics that plague her and others in her community. “Literally everybody [in the neighbor-hood] is a minority,” began Salas. “Everybody that lives there is expected to join a gang, end up 16 and pregnant, selling drugs or end up in jail. All you see in newspaper articles is [us] doing something bad. People don’t think we’ll amount to anything. But we will!”

Salas had only recently been able to speak of the near future with such confidence. Up until her senior year of high school, she deeply felt the effects of imposter syndrome. Like other individuals from marginalized communities, a feeling of worthlessness plagued her. Chances of winning scholarships and getting into college seemed slim because she was a woman of color.

Salas pushed through her doubts because of her mother. In the Dominican Republic, Salas’ grandfather refused to provide her mother an education. Now raising her own daughter, Salas’ mother constantly encouraged her when it came to her academics. Edu-cation became a means for empowerment. Salas was not going to fail her mother.

She follows her mother’s sage advice almost religiously. In fleeting moments of self-doubt, she simply remembers her mother saying “Lo que ‘ta pa’ ti nadie te lo quita.” The sentiment remains the same even when translated: “What is meant for you, no one will take away.”