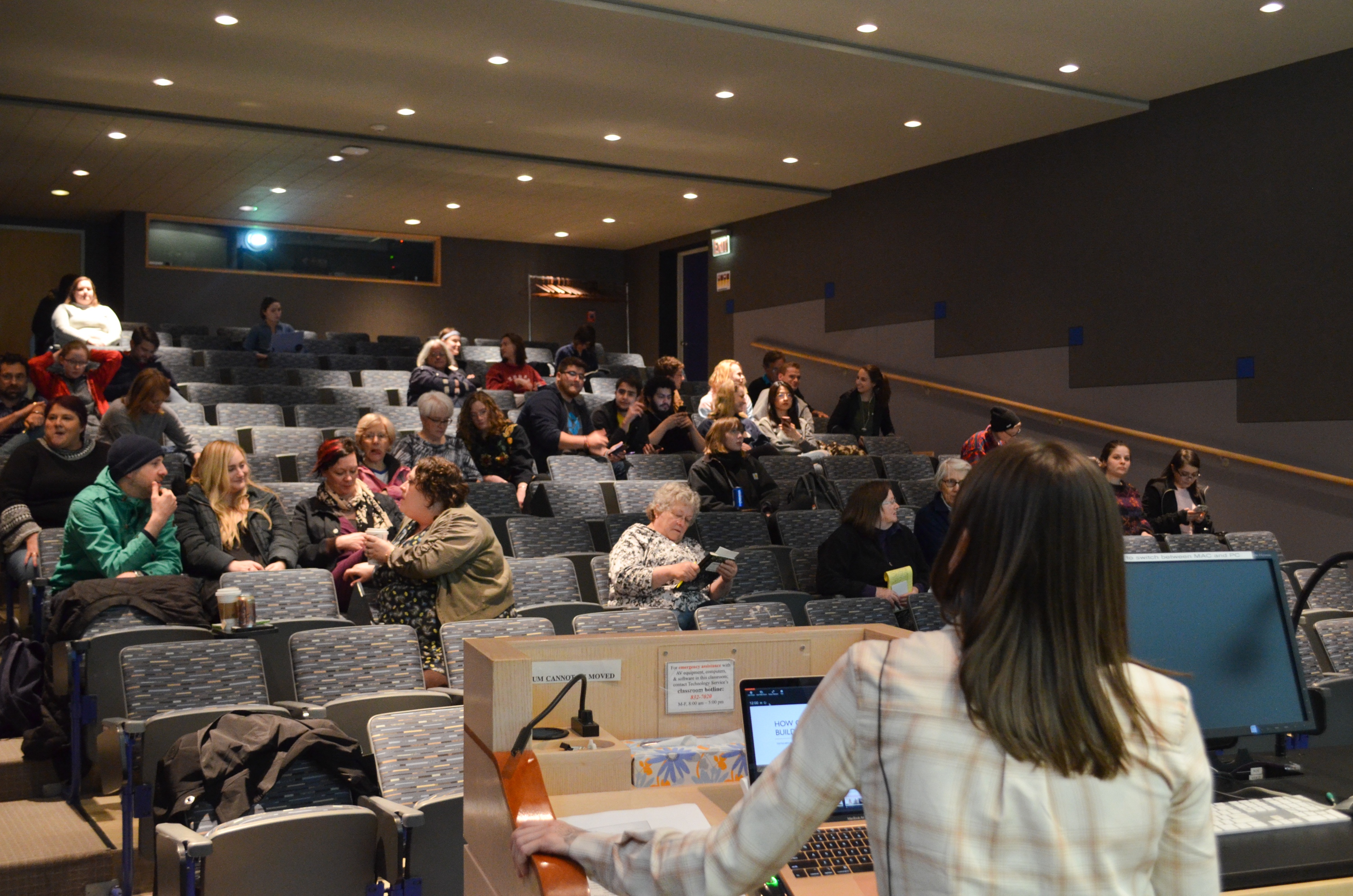 On Thursday, May 9, Tessa Armstrong, sister of Assistant Professor of Philosophy Chloe Armstrong, gave a talk in the Wriston Auditorium about her job. What is her job, you ask? Well she’s a costume designer, specifically a textile artist for costumes for films and TV shows, but what does that mean? Well, a textile artist essentially has the responsibility of providing the texture that makes the costumes come to life and appear as natural, or unnatural depending on the particular project, as possible.

Armstrong is based out of Vancouver, British Columbia, Canada. She graduated from Capilano University in 2007 with a degree in textile arts and then obtained another degree from said university in costuming for stage and screen. She has received WHMIS training for set design and safety and has been a union member since 2012.

Armstrong is often called upon to do whatever tasks are needed in a given day of production, be it pre-production or on-set details that need attending to. One example of this is from when she was working on the “Rise of the Planet of the Apes” (2011) movie with James Franco and was having to make adjustments to a costume while the actor was already wearing it. When she was working on the sequel, “Dawn of the Planet of the Apes” (2014), she would be in a tent on set painting pieces of the set itself and when she wasn’t doing that, she was throwing mud onto the actor Jason Clarke in between takes. Most of her odd jobs were costume or aesthetic related.

In her presentation, she also talked about the general process that a costume goes through throughout the making of a film, which she calls the “life cycle of a costume.” This involves initial design concepts, drafts and sampling of the materials, fitting, altering, refits, camera tests, sending the finished product to the set and then cleaning it and storing or selling it after production has wrapped.

Armstrong then went on to talk about the responsibilities of the textile artist specifically. These include distressing fabrics, managing and arranging costume pieces, fabricating costumes for CGI and fabricating multiples. She then spoke briefly about related positions in the costume department, such as props costumer assistant and assistant SPFX (special effects) makeup artist.

She also talked about designing the costumes for “Bad Times at the El Royale” (2018), in which she had to design the perfect 70s-style denim jeans for Chris Hemsworth. Other anecdotes of hers included working with Tom Hardy on the film “The Revenant,” for which she claimed Hardy insisted that his character wear a necklace that was not period or regionally accurate. She had to make multiples of it anyway.

Armstrong spoke about how costumes build characters. Her job is fundamental in making characters come alive because she is often times in charge of making sure that a particular costume piece has the personality required to convey information about the character wearing that costume. She concluded her talk by speaking about the pros and cons of working in the film industry and gave the audience a list of the projects she has worked on since she started working in 2010. She has quite the resume built up already and is currently working on the second season of the Netflix show “Altered Carbon.” She left time for some questions at the end and ultimately gave a very informative and entertaining look into the world of costume designing for grand Hollywood productions.