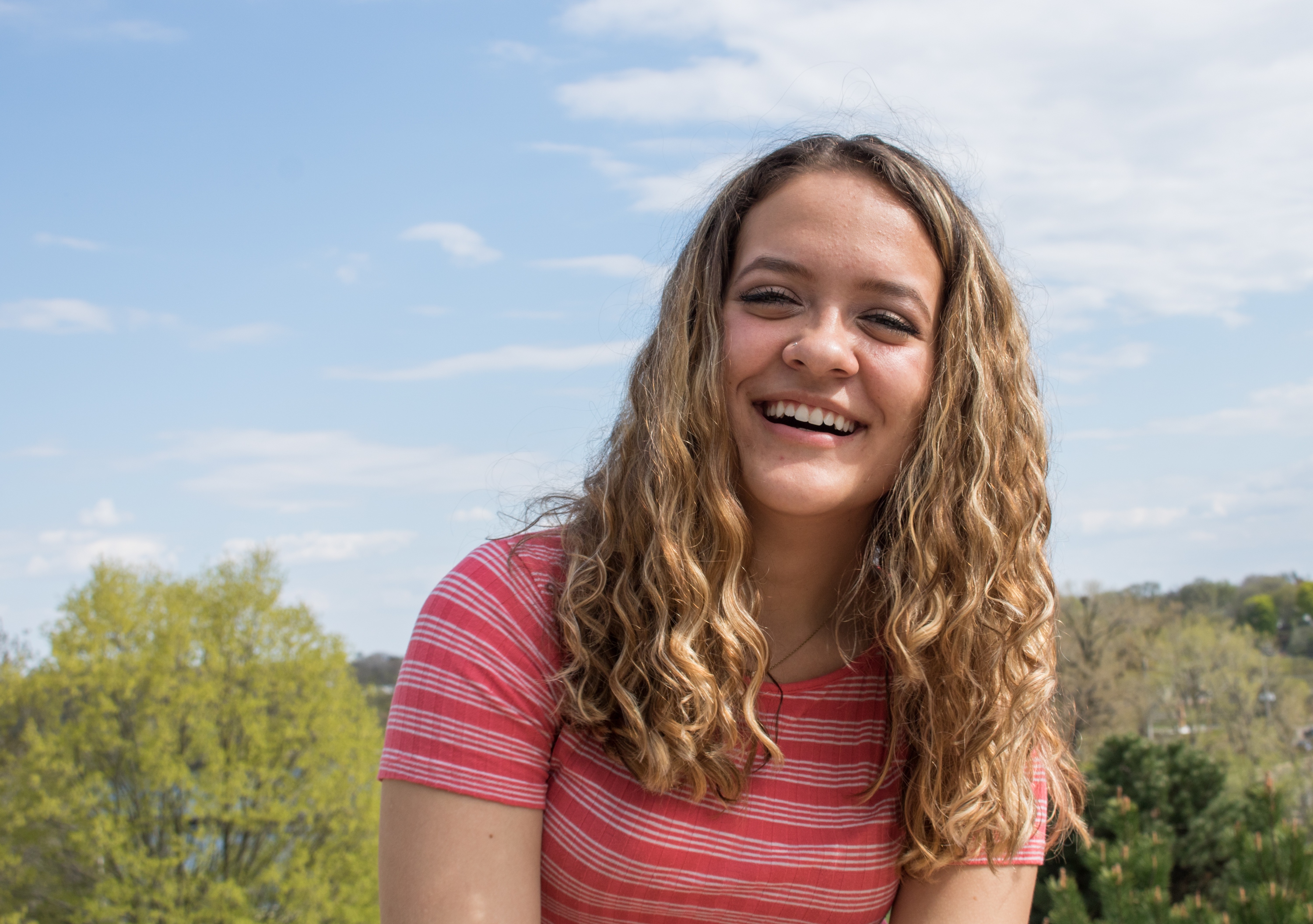 To identify as a womxn is to expect solidarity with others who identify the same way. The assumption that there is a universal womxn experience erases the nuances and variety that exists. This column seeks to address those intersections in an effort to celebrate and deconstruct the reality of womxnhood in the various ways it is expressed.

Emilia Ciotti-Hernandez knows people tend to look at her and immediately categorize her a certain way. It is that split-second decision that erases not only her family background but much of her identity. She equates assumptions with limitations and actively tries to avoid them in her life.

Assumptions about Ciotti-Hernandez’s race have been common in her life. It is easy to imagine that her hometown of New York City would treat a unique identity such as hers well. She described the city with affection and gratitude and said there is “an automatic privilege being from there, because [New York City] is a lot better about accepting people than a lot of other places in this country.”

While comparison certainly places New York on a pedestal, Ciotti-Hernandez insists that it is far from the haven of diversity its portrayed to be. “It can be very nurturing and warm despite being so big,” she said. “But you’re trapped in this bubble. A lot of New Yorkers have the same or very similar mindsets, which can be dangerous.”

In a city that hears over 800 languages daily, she received wide berths if she ever spoke Spanish. Even her closest friends would look at her with surprise as if they had forgotten that Spanish is her first language.

Ciotti-Hernandez spent the first five years of her life in her father’s native country of Cuba. Her American mother would spend those years traveling between New York and Cuba before the family resettled in the neighborhood of Washington Heights.

Her mother spoke “perfect” Spanish after learning it in college, so English wasn’t a language Ciotti-Hernandez heard until she moved to America. She spoke of her background proudly and feels that it serves as necessary proof for her identity.

Ciotti-Hernandez notices that those in the Latinx community treat her with hesitation. She finds it difficult to be upset about this reaction because she can pass as white and recognizes the immense privilege that comes with her external appearance. She said, “Because I look more like my mom, people don’t even think I’m Latinx. I try not to care about it, but deep down I do. I’m uncomfortable with the way people look at me, but that doesn’t change the way I see myself.”

She recognizes that the tendency to stereotype within communities limits total acceptance of those who are outside the margins or don’t fit the superficial definition of identity. She knows she belongs in the community, but it is challenging when the reception isn’t welcoming.

Ciotti-Hernandez envisions herself working in social welfare, improving the living conditions in Cuba. “I’ve seen what injustice is [in Cuba],” she explained. “It’s repressive there. They still have ration cards, and there still is corruption in the government.” Her parents decided to raise their family in the United States because they wanted their children to have “the freedom that didn’t exist in Cuba.”

The move to the United States didn’t cut their familial ties in Cuba. The family was forced to make illegal trips to Cuba the first eight years of Ciotti-Hernandez’s life to visit cousins. Her parents, while madly in love, falsified their marriage certificate in Cuba so her father could leave the country.

She attributes their decision to the terrible international relations between Cuba and the United States that continue today. She hopes that her political science degree will lead to eventually having a hand in mending relations between the two neighboring countries.

Ciotti-Hernandez’s parents’ decisions all those years ago continue to influence her in all the best ways. Without her mother’s persistence, she would never have found the theatre community. The emphasis on community effort and acceptance of individuality she has found there is unparalleled.

Whether she was acting or stage managing at her community theatre, she always felt like she was a part of something bigger than her. “I learned so much about empathy and emotions because of theatre, so I try [in my life] to ask ‘why’ before judging.”