A mid-life dance party: LCD Soundsystem’s “This Is Happening 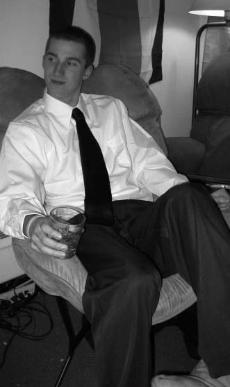 Am I still cool? That’s the question you ask yourself as you stand across the street from the dance club. You were a regular here back in the day, back when disco reigned supreme and dances went until the early hours of the morning.
But now you’re grown up, you’ve got two kids, you’ve been divorced and re-married, and you’ve just started yet another dead-end job. You’re not sure if you still belong here or if there is still a place out there where you can just let go, where you can step out of your own skin for a night and become part of the rhythm once again.
As you nervously stand there for a few minutes, trying to look as nonchalant as possible, a car pulls up to the curb. The door opens, and out jumps a 40-year-old, slightly overweight man wearing a white t-shirt. He starts to head into the club before he sees you across the street.
You pause, not knowing what to do, as he runs across the street. When he reaches you, he takes a quick look at your face before breaking into a wide grin, as he winks and says, “Come on, it’s alright.” Then without warning he slaps you on the back and the two of you run gleefully into the club, ready to lose all abandon and become human again.
Who is this man, you ask? This man is James Murphy, head of the New York dance rock group known as LCD Soundsystem. “This Is Happening,” Murphy’s latest release, is the party. Murphy may be 40 years old now, but the spirit of youthful abandon is perhaps more present in him than in many actual teenagers.
“This Is Happening” is the long-awaited follow-up to 2007’s “Sound of Silver,” which was one of the finest releases of the decade. I was not sure whether Murphy would ever be able to top an album that included such instant classics as “All My Friends” and “North American Scum.” However, I believe he has.
The album’s opening track “Dance Yrself Clean” is one of the more uniquely mixed LCD Soundsystem tracks found in the past couple of albums. Starting with a quiet “turn-up-your-stereo” introduction that seems impossibly calm and relaxed, it explodes three minutes in with huge synth and drum parts that dominate the mix. Murphy’s vocals remain in the background as the synth takes over for the remainder of the song. If there ever was a song to blow out your car speakers because of unexpected volume, this is it.
Up next is the first single to come out of the album, “Drunk Girls.” Critics seem to be divided on this one – can a 40-year-old really get away with singing about drunk girls that “like to file complaints?”
There are always a couple of obvious singles on LCD Soundsystem albums, whether it be “Daft Punk Is Playing At My House” or “North American Scum,” and I agree that “Drunk Girls” does not quite stand up to those past singles. However, I think that the track is destined to be a mainstream party hit, or at least a frat party staple, and if that helps draw more people to the rest of the album, then all’s well that ends well.
The rest of the album contains more classic LCD Soundsystem tracks, from the hypnotic “One Touch” to the David Bowie-like “All I Want.” Things slow down towards the end with “Somebody’s Calling Me,” a slower, finger-snapping groove that may take a while to grow on me. However, things pick up with the closer, “Home,” a pulser that seems to be a sequel to opening track “Dance Yrself Clean;” the “ah-ah” chorus is repeated almost note-for-note here.
Overall, “This Is Happening” is a worthy partner to previous album “Sound of Silver,” as it presents a more melodic, musical collection of songs that continues Murphy’s age-conscious worldview and fascination with rhythm. The big rumor is that this may be the last LCD Soundsystem album, and I would actually be all right with this; I prefer to see bands go out on top, especially with a peak like “This Is Happening.” The album comes out May 18, but you can listen to the whole thing right now at LCD Soundsystem’s official website. 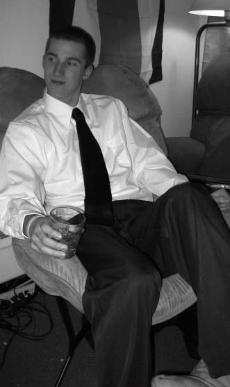