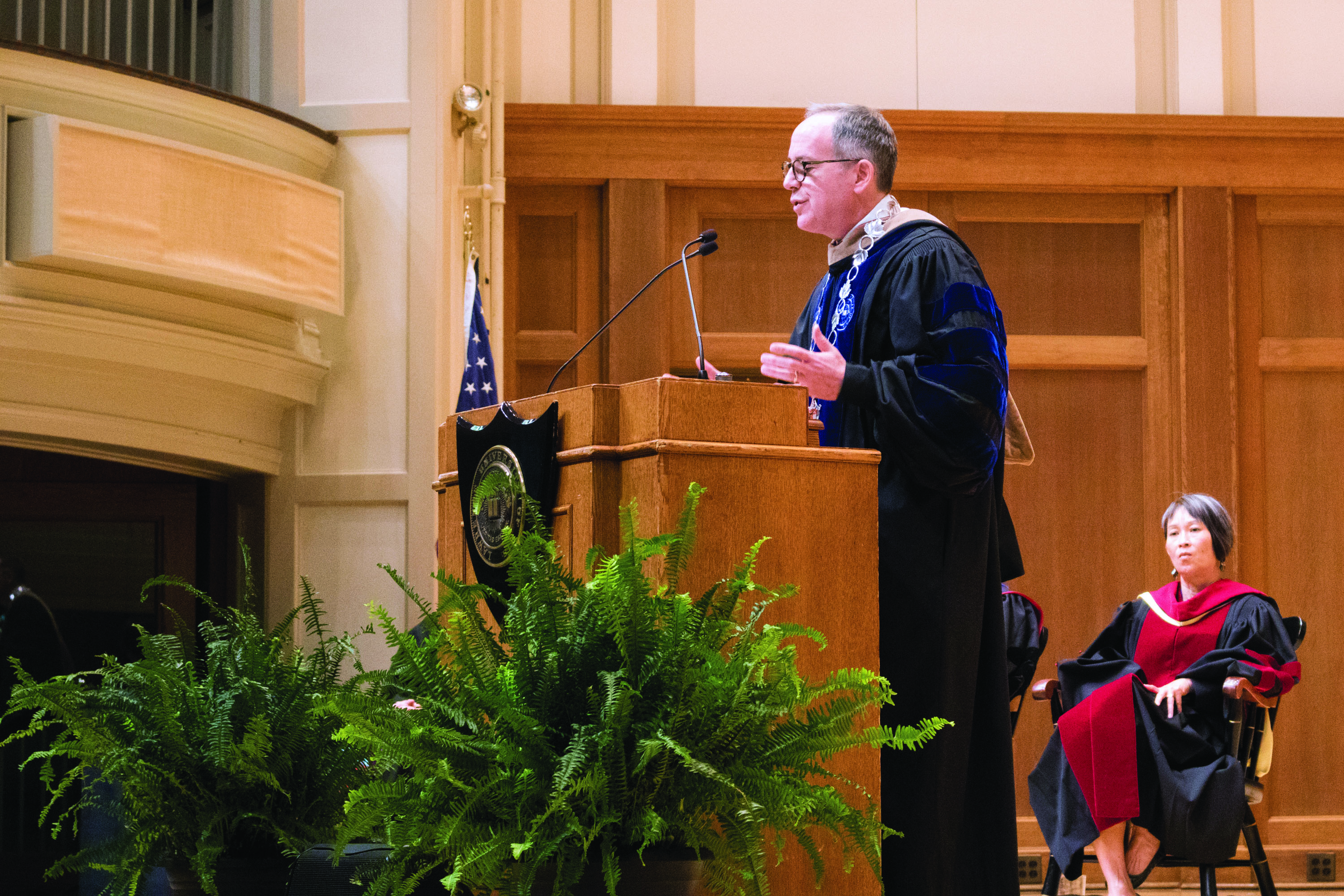 The topic of President Burstein's Convocation was climate change.

The topic of President Burstein’s Convocation was climate change.

On Thursday, Sep. 19, President Mark Burstein opened this year’s convocation series with a talk entitled “Is our Future Too Hot to Handle?” He began with a discussion of the situation in the Amazon Rainforest and how hundreds of thousands of acres are currently on fire, much of the destruction manmade.

Additionally, the Brazilian federal government is doing very little while the fires destroy one of the world’s greatest natural resources.

While this news has been cycling for the past several months, something more obscure that he mentioned was that July was the hottest month ever recorded since weather recording began in the 1880’s.

Meanwhile, Wisconsin saw our own climate disaster this year when the Polar Vortex swept through the state, plunging us into a state of emergency for several days.

The crux of his convocation, however, was not on the climate crisis, but rather on how it is currently being seen by the people.

For example, in the United States, a poll showed that approximately 90% of college graduates who identify as liberal thought that climate change was real and humans were contributing, but that number dropped to just over 50% for those identifying as conservative with a college degree. Those numbers dropped about another 10% for people without a college education.

This is what is too hot to handle. There is a large amount of scientific research that shows climate change—or what many environmentalists prefer to refer to as the climate crisis—is in fact a very real and tangible thing. There are things that can and are being done to mitigate it.

What is more dangerous is a deep political divide that continues to tribalize the nation.

Politicians refuse to acknowledge the climate crisis, much less do anything about it, which only exacerbates the problems that are destroying our planet.

As the political divides continue to deepen, we lose focus of the common ground that all humans share, and these divides prevent us from recognizing the true concerns, like the ongoing climate crisis, or from doing anything to stop it.

Moving forward we must find that common ground and always promote education, doing what we can to stop denying extremely clear science.

Only then can these divides heal and bring us closer to a better future.