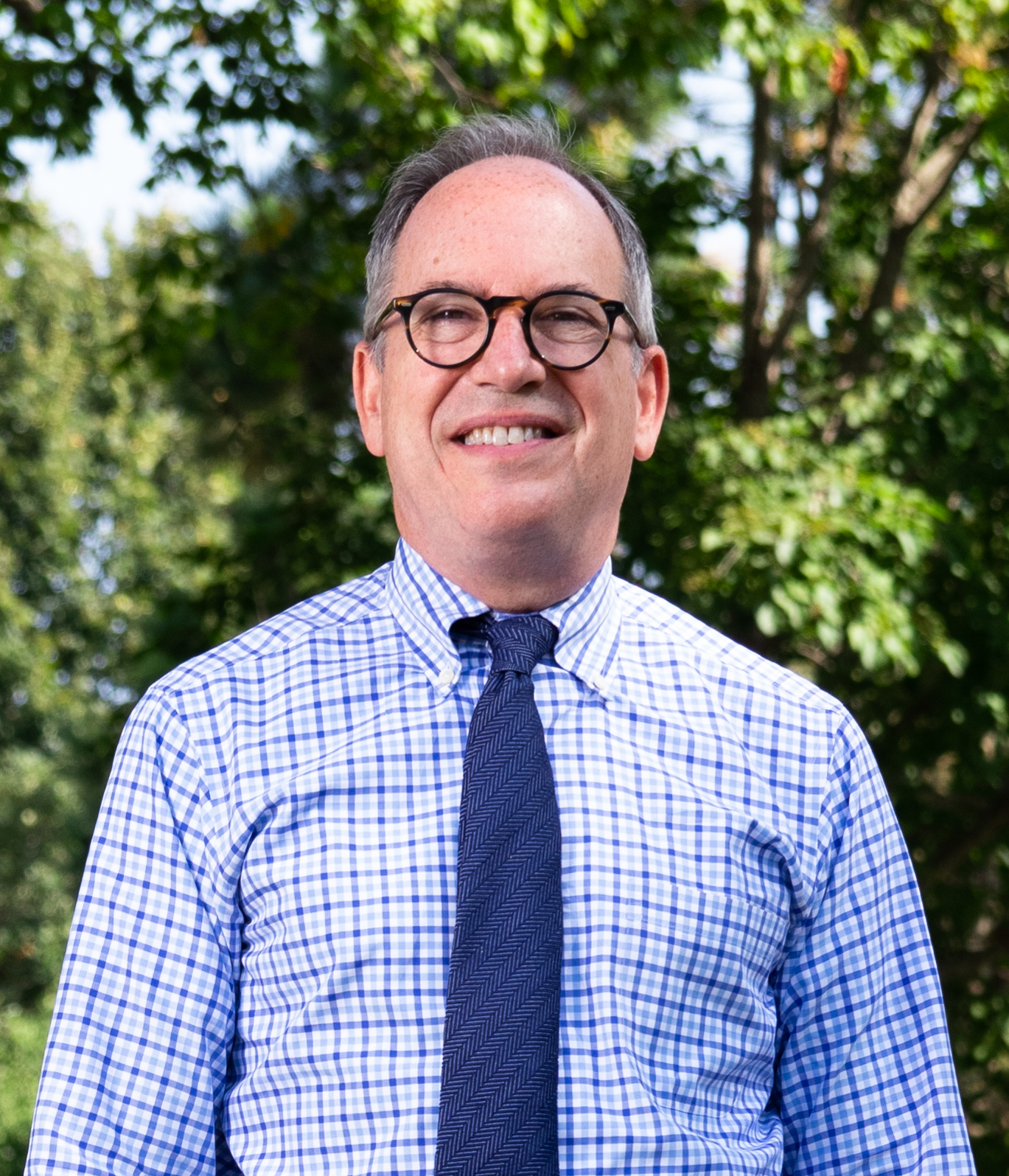 Is this something we can do?

That’s the question Lawrence University President Mark Burstein remembers asking himself, as he sat in City Park with his husband, David Calle, and gazed at the president’s house during Labor Day weekend of 2012. Lawrence fit all of their prerequisites — they loved campus, they were impressed by the faculty members and they saw academic rigor in the curriculum — but was it the right fit?

When they showed up unannounced on a holiday, the admissions office scrambled to organize a tour. After that tour, which featured a shy, but eager-to-assist tour guide, whose explanations were constantly interrupted by shouts of “Hey, Pablo!” from students in passing cars, they knew they had an answer to their question: yes.

“What really drew me were the people,” Burstein said. “I wanted to come to a place that had a sense of who it was and what it wanted to be, and Lawrence also had that. But I think that the secret ingredient for me was the community and the connectedness.”

Now, after seven years in the position, Burstein announced Sep. 11 that he will be stepping down from the presidency at the end of the academic year to be closer to his mother and his in-laws. While his focus for the next nine months is to ensure the university is able to complete a safe and successful year in the midst of the COVID-19 pandemic, Burstein’s tenure at Lawrence has largely been defined by three central themes: expanding educational opportunities, increasing Lawrence’s resources and promoting diversity, equity and inclusion.

As an academic institution, Burstein’s Lawrence places a high value on learning. To that end, Burstein, along with various faculty and staff, have spearheaded efforts to enrich Lawrence’s academic offerings. Under his leadership, at least five new degree programs have been implemented, including global studies, musical arts, and neuroscience. Other existing departments, namely gender studies and environmental science, have experienced renewed investment and development as well. As programs have expanded, they have consequently ushered in new faculty members — Burstein estimates about 40 percent of the faculty population has been hired since 2013 — which Burstein sees as an investment in talent and ideas that will benefit the university for years.

In order to increase access to the Lawrence education he has worked to improve, Burstein has also focused much of his attention on augmenting Lawrence’s financial resources. Through various fundraising campaigns, particularly the Be the Light! Campaign, which has raised over $200 million, Lawrence’s endowment has increased 70 percent in seven years.

This increased capital has largely been used to expand student resources and provide scholarship funding in an effort to make Lawrence more affordable and accessible. Due in large part to these fundraising initiatives, Burstein said, average student debt at graduation has fallen $5,000 since 2013 despite increasing tuition and fees.

“For me, it’s all about the learning experience we’re providing; that’s our core mission,” Burstein said. “New areas of learning and how we teach go directly to support that, but access also [supports] that — making sure that every student can come to Lawrence and can afford Lawrence.”

To Burstein, facilitating accessibility extends beyond affordability. While he admits that there is still much to be done in this regard, Burstein hopes his career at Lawrence has played a substantial role in making Lawrence a more diverse and equitable institution.

With that goal in mind, Burstein oversaw the hiring of Lawrence’s first Vice President for Diversity and Inclusion and increased investment in the Diversity and Intercultural Center. During his tenure, Lawrence was also the beneficiary of grants from the Mellon Foundation and the Howard Hughes Medical Institute, which provided funding and support for professors to rethink their classroom settings and teaching styles to be more inclusive of all learners. Similar grants have facilitated a restructuring of the tenure track process for faculty and additional training on how to attract and support more diverse applicants.

As resources have been redistributed to focus more heavily on equity and inclusion, the Lawrence population has grown more diverse, according to Burstein. The 2020 Diversity and Inclusion report found that more than 25 percent of the student body is now composed of people of color, and the representation of faculty members of color has increased from 13 percent in 2013 to 17 percent this year. According to Christyn Abaray, Secretary to the Board of Trustees and Assistant to the President, this increase in diversity is further reflected in the Board of Trustees.

“[Burstein] is attuned to the under-represented,” Abaray said. “He is truly mindful of trying to equal the playing field and be accessible in ways that allow for everybody to strive to be successful without hurdles that have to do with what they are and who they are.”

Burstein is not leaving Lawrence without regrets — he wishes he had been able to facilitate more effective shared governance, and he said he would have stayed a few more years if his parents were healthier.

However, he is confident he is leaving Lawrence in a good place. Burstein’s two biggest initiatives over the past few years, the strategic plan and the Be the Light! campaign, are on track to meet their goals. This, Burstein said, indicates that Lawrence is at a point where he can comfortably step away from the university to facilitate a natural transition into new leadership.

In the time he has remaining at Lawrence, however, he promises to keep his attention on ensuring the university is able to complete a full academic year in the midst of a pandemic — the plans for his life after Lawrence can wait.

“Lawrence has momentum,” Burstein said. “That isn’t just because of me; I’m fortunate to have a lot of colleagues across the campus as well as students and alumni who have really worked hard to make that happen. But we are an institution that is thriving.”

A deeper look into the presidential search process

Step 1: The presidential search committee, made up of trustees, alumni, faculty, students and staff, is formed in October.

Step 3: The search committee meets weekly to discuss their progress and any applicants

Step 4: A new president is selected and hired by the end of Winter Term.