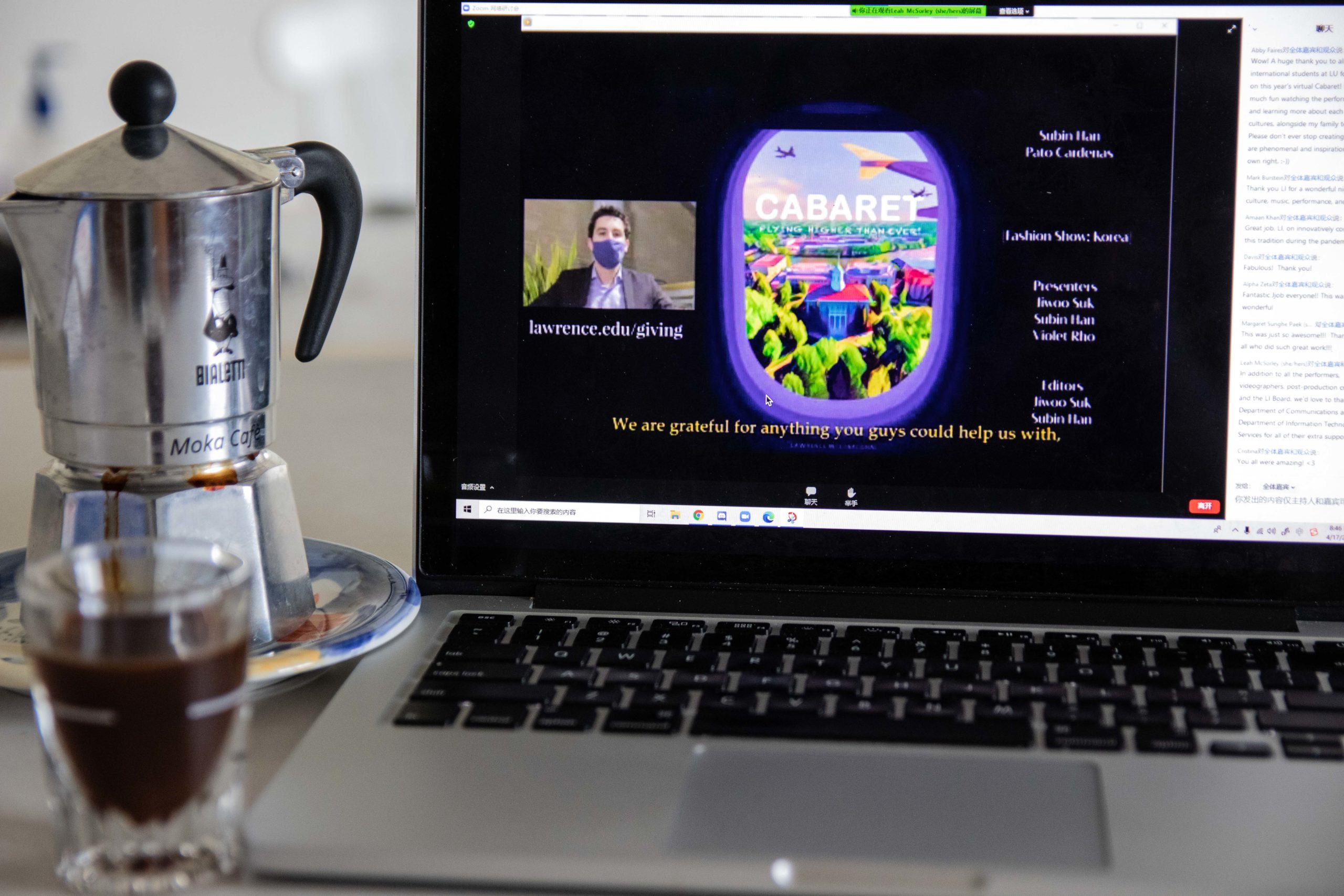 On Saturday, Apr. 17, Lawrence International (LI) hosted their annual Cabaret event, this year subtitled “Flying Higher than Ever.” Anticipating continued COVID-19 restrictions the following spring, the LI board began planning their yearly show after they were forced to cancel 2020’s performances. This year, they chose to pivot to a pre-recorded video, rather than the in-person performances that usually take place in Stansbury Theater. This year’s show was made up of music videos, short films and dance videos put together by cultural clubs and various individuals throughout the community, all interspersed with short videos showcasing traditional clothing from countries represented on the Lawrence campus.

As the subtitle suggests, this year’s show had a theme of flight. The event programs were designed by junior Len Nguyen to look like boarding passes for a commercial airline, and the entire video was guided by two more of Cabaret’s organizers, the “captain” and “co-pilot” for the viewers’ airborne trip around the world. Guiding the flight was LI president and sophomore Pato Cardenas, joined by his fellow board member sophomore Subin Han. In between acts, the two discussed previous performances and gave “in-flight announcements” about upcoming performances, keeping the show cohesive and light.

The show itself was made up of a multitude of talented performances and projects, including a group of friends dancing to BTS’s “Boy with Luv,” a music video from the Chinese cultural club singing about friendship, as well as a Vietnamese music video and a dramatic short film titled “Trapped.” The show closed out with some salsa music, some mariachi music and a music video from fifth-year Daniel Green performing his song “Liams Lullaby” under the moniker Jeayahr. Dispersed throughout the show were also short videos featuring traditional clothing from various countries, including the Philippines, India, Jordan and Pakistan. The event had over 60 in-person attendees, as well as over 150 viewers online, giving the show even more exposure than in previous years.

As the credits rolled, LI made a point to direct people to donating to the Supporting our Students (SOS) emergency fund. This fund helps international students who are not covered by the federal COVID-19 relief system meet pay for unanticipated expenses related to the pandemic. For those who are able, the link to donate can be found on the Lawrence University website under the “Giving” tab.

In the words of junior Jamie Dong, LI’s vice president, Cabaret “combines diverse culture with talented students.” Dong, the self-proclaimed “producer of the entire show,” emphasized how hard everyone worked on the project, especially LI’s eight board members, including sophomores Michael Zhang and Nupur Vaghasia and freshmen Diego León and Violet Rho, as well as the previously mentioned board members. When asked about what she was most proud of, Dong said, “I’m proud of everything! This is the most perfect thing that I’ve ever put together.” Dong also said she is excited and hopeful to see what the artistically talented group can put together for next year’s performance.

Soon, a complete video of what was shown will be available online, on YouTube and on the Lawrence website under the “Cabaret” section.