Break Through, Not Apart 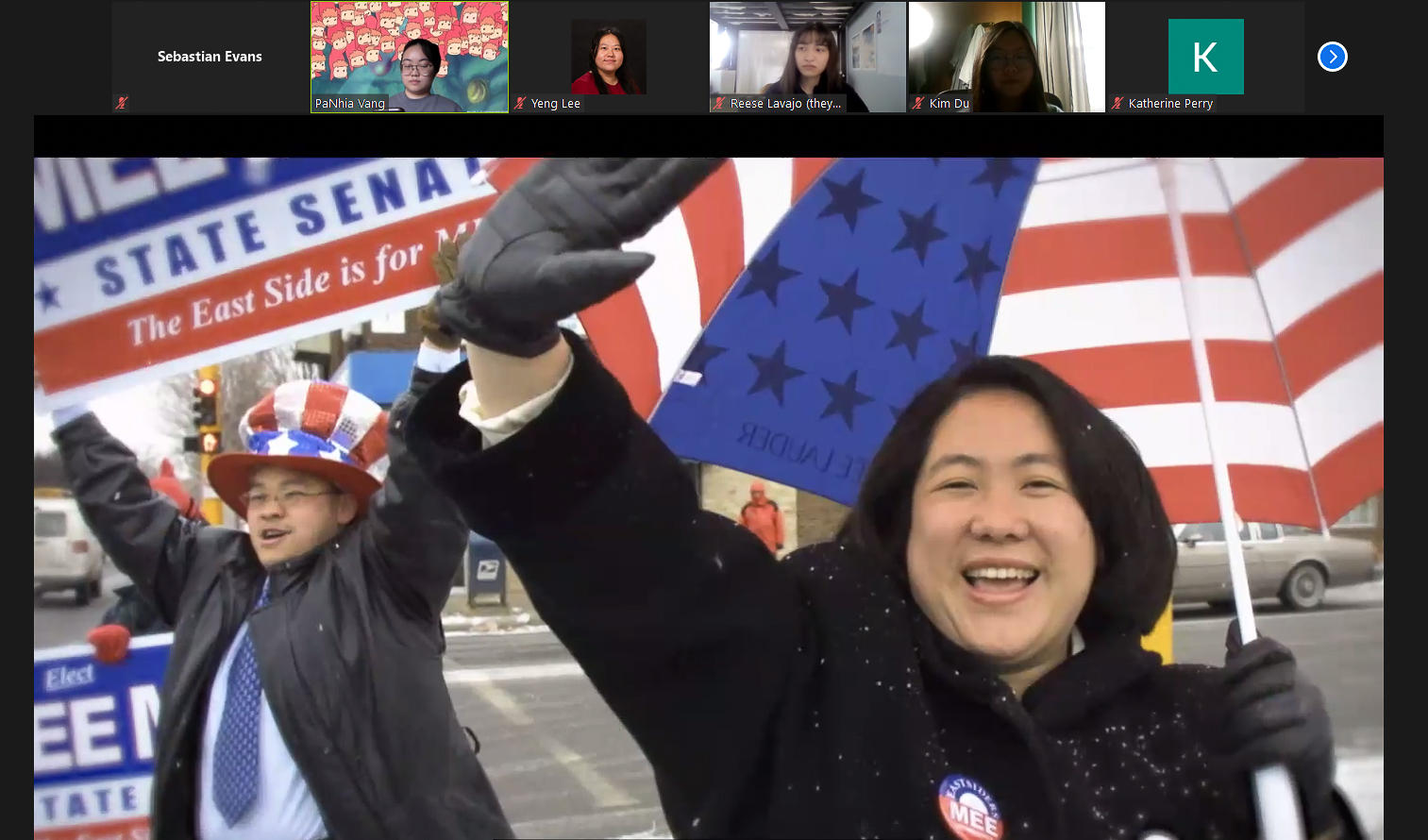 An image from the documentary, Asian Americans, hosted by the Pan-Asian Organization. Photo by Pei Robins.

Asian Americans are the fastest growing ethnic group in the United States. Comedian Hari Kondabolu reassured the group projected to become the statistical minority by 2042: “Don’t freak out, white people!” he said, “You were the minority when you came to this country.” Those lines begin the final installment of PBS’ five-episode feature documentary, Asian Americans, which was streamed at the Pan-Asian Organization’s (PAO) second Asian American and Pacific Islander Heritage Month (AAPIHM) event. The series takes on the herculean task of narrating the expansive but buried history of the eponymous group.

Asians in the U.S. have led quiet lives since the first recorded Asian settlement in the U.S. by Filipinos who had escaped Spanish enslavement in 1763. When more immigrants came overseas from Asia, often already fleeing the results of Western meddling, they were met with derision while their labor was undervalued, as with the Chinese migrants whose hands built the transcontinental railroad while Congress passed the Exclusion Act.

Be it due to a language barrier, the altruistic Eastern value of sacrifice or familiarity with exploitation by imperial forces, the growing Asian population remained unacknowledged in both contribution and victimization. “Breaking Through,” episode five of Asian Americans, zeroes in on the moment that began to change: the 1982 murder of Vincent Chin in Detroit. Motor City’s economy was failing, and blame landed on Japan’s rising car industry, as revealed by footage of White Americans gathering in the streets to vandalize Japanese vehicles. Vincent Chin was Chinese, but his murderer never bothered to clarify.

“It shocked Asian Americans not because it was something new, but because it was something old,” explains author Viet Thanh Nguyen. The televised aftermath made the previously ignored reality inescapable. When the murderer was released with a fee and probation, Asians nation-wide rallied in protest. Their signs read “Justice for Vincent Chin,” and the familiar format of the slogan is no coincidence – the streets were not just crowded with Asians, but outraged Latinos and African Americans, too. From the start, headway for Asian Americans was a collaboration with Black and Brown communities.

Especially among the older generation, though, Asian immigrants had no knowledge of Black American history, unaware of their neighbors’ treatment or fight for progress. Their union against injustice had been seamless and powerful, which is exactly why the media quickly exploited cultural barriers to create an ethnic divide. In South L.A., Koreatown residents read in-language newspapers stereotyping Black people, while neighboring Black communities read English publications that spun Asian stereotypes. With neither group aware of what the other was being told, tensions mounted.

Not ten years after Chin’s death, storeowner Soon Ja Du murdered 15-year-old Latasha Harlins as she tried to pay for orange juice. There could be no denying how deeply anti-Blackness had taken root in the Asian immigrant community, and the 1991 L.A. riots following Rodney King’s wmurder at the hands of the police, two weeks before Harlins’ death, saw Koreatown set aflame in retaliation. Another still-familiar chant filled the streets: “Go home,” protesters yelled. Local fire departments did not value the Asian community enough to dispatch personnel, and 63 lives were lost along with $1 billion in damages, reflecting the destruction of many families’ livelihoods. Later in the episode, viewers watch the fallout become another opportunity to exploit Asian labor and perpetuate the image of a robotic, work-oriented race that fuels the model minority myth.

Soon Ja Du received probation and an even lower fine than Vincent Chin’s murderer, and some Asians even supported her after her trial, deepening the Black-Asian animosity. There were, however, members of both communities expressing dismay and confusion at the sudden schism. The people knew there was far more solidarity than prejudice between them, but neither group had a platform to voice the mutual support that could have turned the tide.

Asian Americans does not shy away from the incredibly tangled mess of Black and Asian relations in America. A rainbow coalition that has been periodically shredded and repaired, it is a history that this country has scratched out and written over to maintain the white supremacist status quo. “Breaking Through” brings the forgotten relationship into the public consciousness along with the sinister mechanisms that destroyed it. Even in offering just a brief glimpse back in time, Asian Americans arms a new generation with powerful knowledge that was purposefully hidden from them.

PAO will hold AAPIHM events every Thursday at 5 p.m. throughout May, with biweekly general meetings resuming in June. Asian Americans is available to watch for free on PBS.org until June 26.