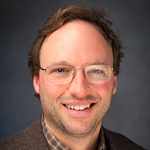 People ask me a lot of philosophical questions, ranging from “what the hell are you doing parked on my lawn?” to “why would someone your age need a bib here at Applebees?” Here are some recent favorites posed by students.

Which author do you think makes the most plausible case [in GOVT 405]? – Anonymous

I won’t tip my hand! So let me pitch someone I didn’t assign in hopes of luring you into another Wulf course. Although Thomas Hobbes is wrong about nearly everything, I admire him above all others. I really do learn something new every time I reread his work. He’s blunt, covers a huge range of questions and develops interwoven conclusions that are much harder to combat than one might suppose. I could never write anything as brilliant as his Leviathan, so Hobbes is a hero for me. I cover him in GOVT 200.

What is the best modern comedy outside of “Mike Tyson Mysteries”? – Luther Abel ‘22

If you watch an episode of “Mike Tyson Mysteries” (MTM), you will conclude that the next best comedy is another episode of MTM. “Rick and Morty” is great too, but it remains devoted to a plot arc and personal investment in the characters. MTM avoids those traps.

As students can probably tell from how befuddled I am, I watched way too much television as a child. I was thoroughly saturated in sit-coms from long before I was born and into the 1980s. Consequently, I am jaded. Scripted television offers little that wasn’t done or said between the “Phil Silvers Show” and “WKRP.”

Like Rick, MTM’s Tyson (who voices himself) and Pigeon (Norm MacDonald) are awful people. Like “Seinfeld,” its awful people learn nothing. But MTM’s writers readily discard plot elements. Episodes never go exactly where I think they will go. Watching them with my youngest son may be unwise — MTM would make Plato’s philosopher-censors puke. We love it.

I like gardening edible plants, though I rarely eat them. I dislike sage and rosemary, for example, but they look nice and feel less pointless than ornamental plants. I avoid alliums due to my paranoid fear of poisoning pets. Garlic, for example, apparently causes cats’ red blood cells to burst. As a sacrificial offering to the ground squirrel gods, I grow more cherry tomatoes than I want. Chipmunks like that, and if I don’t appease them, they steal my strawberries. Finally, I enjoy cultivating plants that grow poorly in Wisconsin. Why are there lemon trees in my office and the Government seminar room? Stubbornness and wishful thinking, that’s why.