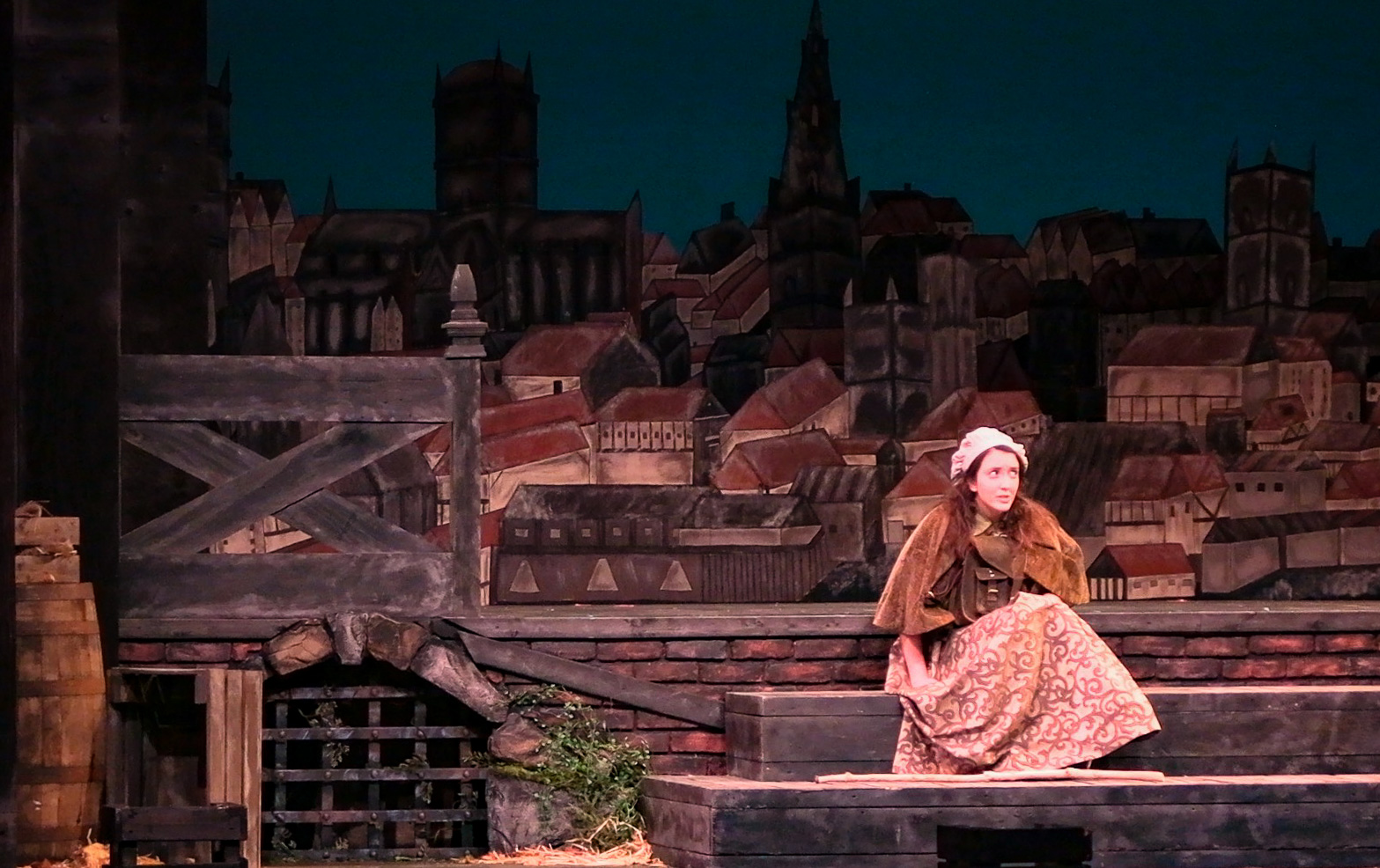 Students from Lawrence University’s Department of Theatre Arts performed three productions of The Living this past weekend. Photo provided by Timothy X. Troy

This past weekend, from Oct. 28 through Oct. 30, the Lawrence University Department of Theatre Arts performed the play The Living, written by Anthony Clarvoe and directed by theatre professor Timothy X. Troy. The co-stage managers of the production were senior Emilia Ciotti Hernandez and sophomore Isabel Osterhus.

Set in London in 1665, the characters of the play are in the midst of the Bubonic plague, a deadly infection that spread quickly, killing millions of Europeans. According to the production’s pamphlet, The Living was written in 1993 during the HIV and AIDS crisis, but since the COVID-19 pandemic in 2020, the performance now has an extra meaning to its audience.

Centered around a group of characters affected by the Bubonic plague in different ways, The Living offers a glimpse into a world before modern medicine. Mrs. Sarah Chandler, played by sophomore Hannah Amell, is unable to see her family after her husband dies of illness and her children are locked away with her sister’s family. Left with no one and nowhere to go, Sarah is forced to tend to the sick and dying as a nurse.

Played by junior Alec Welhouse, Dr. Edward Harman, one of the few doctors left in London during the plague, works with Sarah and tends to his patients. With many residents of London either dead or escaped to the countryside, feelings of isolation, loneliness and hopelessness unfold with Sarah and Dr. Harman’s relationship. Aside from these issues of separation, the two characters also consistently risk their lives while tending to the sick, eventually killing off Dr. Harman from an intense case of the plague.

While Sarah and Dr. Harman share the perspective of medical workers during the Bubonic plague, aspects of politics and government intervention are also seen from the characters of Sir John Lawrence, played by sophomore Jon Wilker, and Lord Brounker, played by first year Ella Rose Schaefer. Essentially left to govern the city of London alone with little money and resources, Sir John faces difficulties regarding controlling the spread of the disease. Lord Brounker, who works with the king of England, frequently has disagreements with Sir John, disregarding any pleas from the character.

As the audience is encapsulated by the struggles of commoners, as well as politicians, another character focuses on the mortuary numbers of the plague. Played by junior Madeline Guest, Mr. John Graunt uses the new methodologies of statistics to predict how and where the plague will spread in London and surrounding areas. Although frequently pushed aside, Sir John employs Mr. Graunt to look at the numbers affected by the plague, giving a slight hope to the plotline of the play, as if the patterns and predictions Mr. Graunt calculates might save even the smallest part of London from the disease.

Each performer of the play gave a realistically emotional performance of their character, pulling at the heartstrings of the audience members who are living through a pandemic themselves. The acting, however, was not the only riveting experience of the production. From the beautifully crafted 1600s styled costumes, featuring thick fabrics, feathers, large skirts and other attention to detail, to intense and dramatic lighting, the department’s performance of The Living dug deep into issues of social isolation, loss, politics and the overarching theme of survival.

While each element of the performance, from acting to dance and movement, lighting, costume and sound collided together to create a realistic period piece with elements of modern issues, nothing beats the final scene of the performance. Having spent the entirety of the play socially distanced from one another, Mr. Graunt reaches out to take Sarah’s hand, an act of hopefulness and resilience during a time of despair. Much, especially during the COVID-19 pandemic, can be learned from this production of The Living, but most importantly the play asks the audience how they will take care of one another during such a dark time.