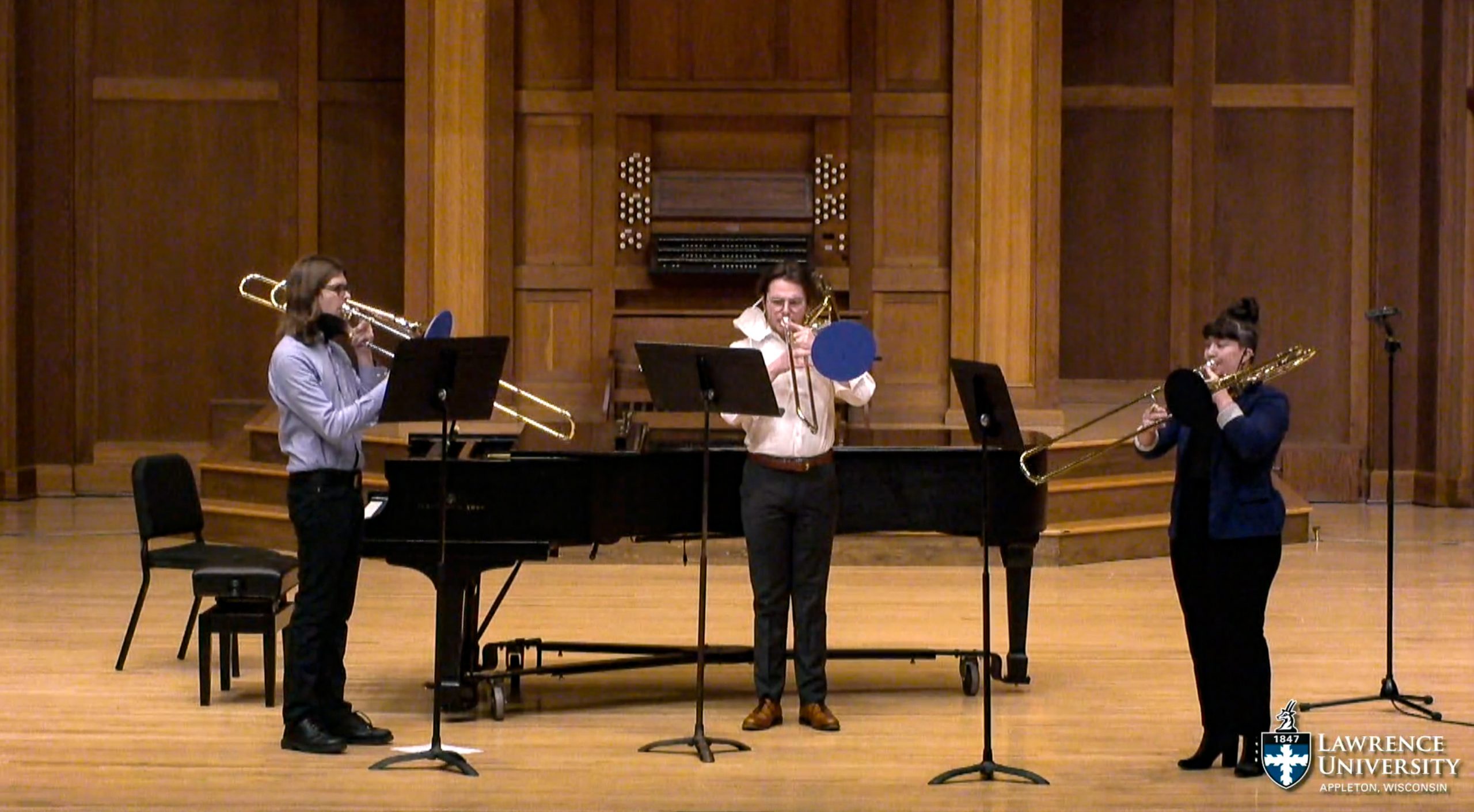 To celebrate 175 years since its founding, Lawrence University’s Birthday Recital showcased the talent and spirit of its faculty and student body. President Laurie Carter, the seventeenth president to serve at Lawrence, opened the evening by addressing the Lawrence students and recollecting some of the school’s most significant history, such as when the name “Lawrence University” was first adopted in 1864, and when the Conservatory was established in 1874.

As the Birthday Recital commenced, Professor Anthony Padilla, a gifted pianist, opted to recognize a work from the “overlooked women composers” in the 1840s, performing a piece of Fanny Mendelssohn-Hensel’s. Additionally, he played a work by Margaret Bonds, a black female composer from 1967. The pieces themselves had a bit of a complex simplicity to them, pleasant to listen to, while invoking thought all the same.

Next arrived a trombone trio, performing a piece by Anton Bruckner, who wrote the piece the same year Lawrence University was founded. They hoped the piece would serve as a good omen for Lawrence, stating, “The best is yet to come.” Following the beautiful performance came Matthew Michelic and the return of Anthony Padilla, performing a cello piece by Louis Farrenc, adapted as an “oasis of calm.” Truthfully, the piece brought to mind an image of spring at night, when all are at rest in a growing and changing world.

A piece composed by Clyde Duncan was shared next, which presented an opportunity to communicate more about the history and evolution of the Conservatory. For example, many studios were kept in the living rooms of homes, and it was “not uncommon for students to come in through the windows.” Additionally, the piece served as a reminder of the lifelong friendships and connections that are made at Lawrence University. Finally, Karan Lee Post, accompanied by Anthony Padilla on the piano, closed the evening with a vocal performance of three songs by American artists, celebrating the country Lawrence finds itself standing in. Those in virtual attendance or who look back on the birthday celebration should do so in fondness of Lawrence’s accomplishments thus far, and hope as to what the students and faculty may accomplish next.

For those who would like to view the livestream of the recital, please visit the Lawrence live-streaming site.