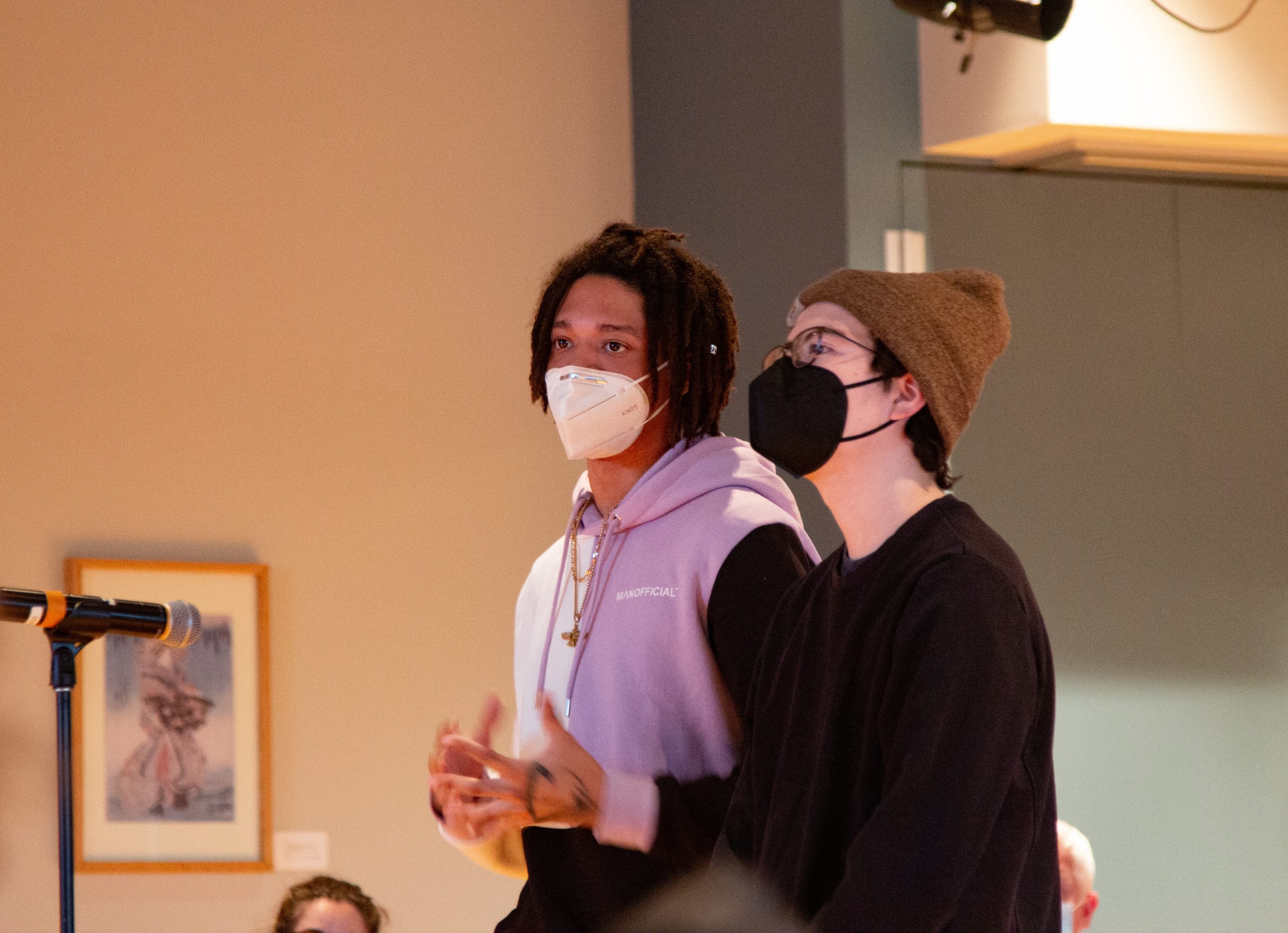 The new resolution, labeled “Resolution for Lawrence University to Reveal Currently Undisclosed Financial Information,” proposes that the Lawrence budget is made publicly available so students know exactly where their money is going, according to junior Gustavo Zuniga, co-chair of SDS.

As of now, neither resolution has gone to a vote in LUCC General Council due to continued discussion and time constraints, according to senior Mikayla Frank-Martin, chair of Student Welfare Committee (SWC), which is working with SDS in the fight for $15. After the meeting was closed on Feb. 9, there was an unofficial continuation of it to discuss parts of the resolutions that Frank-Martin said have been misunderstood and prone to miscommunication.

A resolution needs a two-thirds majority vote to be passed in LUCC. Once it reaches the administration, President Laurie Carter would be asked to meet with the Lawrence Board of Trustees to discuss enacting the resolution.

The Board of Trustees oversees Lawrence’s finances, which includes student wages, according to the Lawrence website. They would have final control over whether the minimum wage for student jobs is raised to $15 per hour, not LUCC. A resolution is simply a formal way of communicating that the student body wants something to be done about whatever issue is being presented, according to Toncler.

The Fair Labor Resolution asks for a minimum hourly wage of $15 per hour, that the funds used to raise the wages are not taken from scholarships or diversity programs, and that the minimum wage increases at the rate tuition annually increases, according to sophomore Anders Hanhan, co-chair of the LUCC Sustainability Committee, hub coordinator for Sunrise Fox Valley and SDS member.

According to Zuniga, SDS is demanding $15 per hour because the current minimum wage of $7.50 is unaffordable for many students who rely on working on campus as their only source of income.

Currently, Lawrence’s student worker wages are placed on a tier system, with the lowest tier paying $7.50 per hour and the highest tier paying $9.34 per hour, according to the wage matrix available on the Lawrence human resources website.

Zuniga and Hanhan both said that SDS is seeking $15 per hour at the lowest tier. Senior Terrence Freeman, chair of SDS, said SDS is open to accepting concessions of wages slightly lower than $15, but will continue to fight for the main goal of $15 after accepting concessions.

Frank-Martin said the tier system should stay in place but simply be adjusted upwards on the pay scale so that the highest tier pays $15 per hour. She said Lawrence shouldn’t eliminate the tier system because it’s fair for labor-heavy jobs to have higher wages than desk jobs.

Hanhan and Frank-Martin both expressed concern that if the minimum wage was raised to $15, students would be making more than non-student staff workers. Exact numbers of staff hourly rates are not available, but Toncler said she recently learned that the base pay for campus safety officers is $11 per hour. She said she wouldn’t feel comfortable making more at her Mudd Library job than the campus safety officers do at theirs.

SDS agreed that it wouldn’t be right for students to be making more than staff and added that non-student workers should also have a higher minimum wage regardless of the student minimum wage.

The financial disclosure resolution would help SDS and SWC clearly understand the financial reservations regarding the Fair Labor Resolution, according to Frank-Martin. It would also give full transparency regarding how students’ tuition is spent.

Frank-Martin said the Lawrence administration told the student organizations it wasn’t in the budget to increase the minimum wage and gave a presentation of current Lawrence finances to the groups. Hanhan said the presentation was a percentage overview of where Lawrence’s expenses go and revealed that Lawrence is functioning at a large deficit this year. With access to the full budget, Hanhan said SDS could determine for themselves if there are misallocated funds that could be funneled towards student wages.

Toncler said she believes many LUCC members are hesitant to pass the Fair Labor Resolution without fully understanding Lawrence’s financial situation. Knowing there’s a deficit, she said it’s hard to figure out where the money to raise wages will come from without seeing an itemized budget.