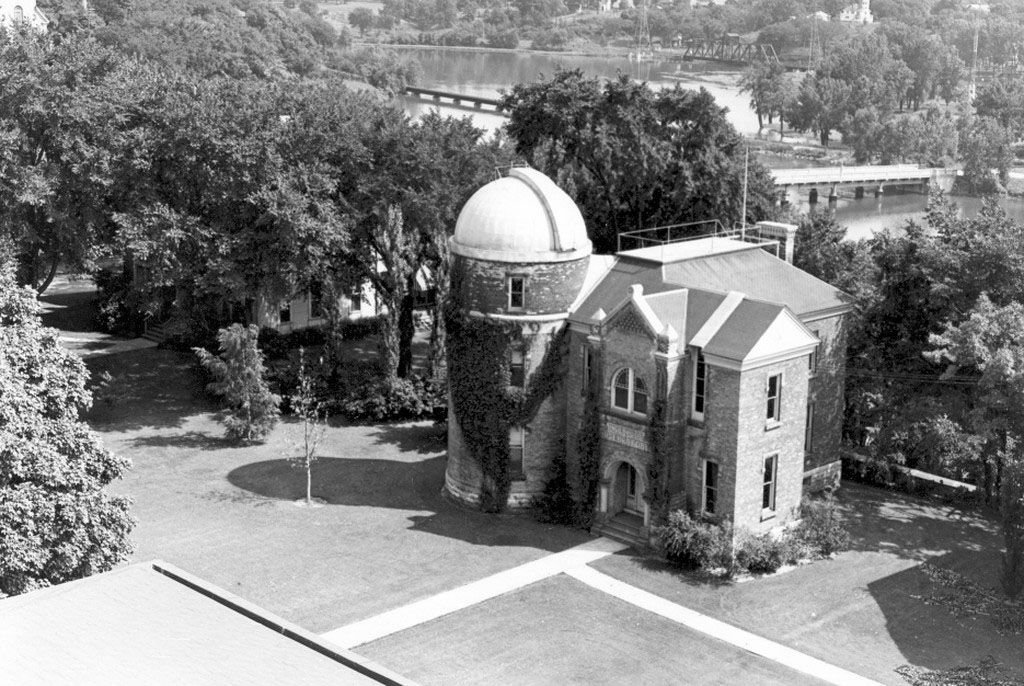 Before Youngchild Hall existed, the fantastically named Underwood Observatory stood overlooking the Fox River. In the aerial photograph below, circa 1901-1910, you can see the observatory next to Sampson House, which still stands today. Also below, Professor  of Physics John Millis teaches students to use the telescope in the observatory, circa 1930.

On the other side of the Underwood Observatory stood Alexander Gymnasium I, which was also razed to make space for Youngchild Hall (photo circa 1919). Following that photo is a winter scene at the observatory, circa 1920-1957.