Walking where the sidewalk ends 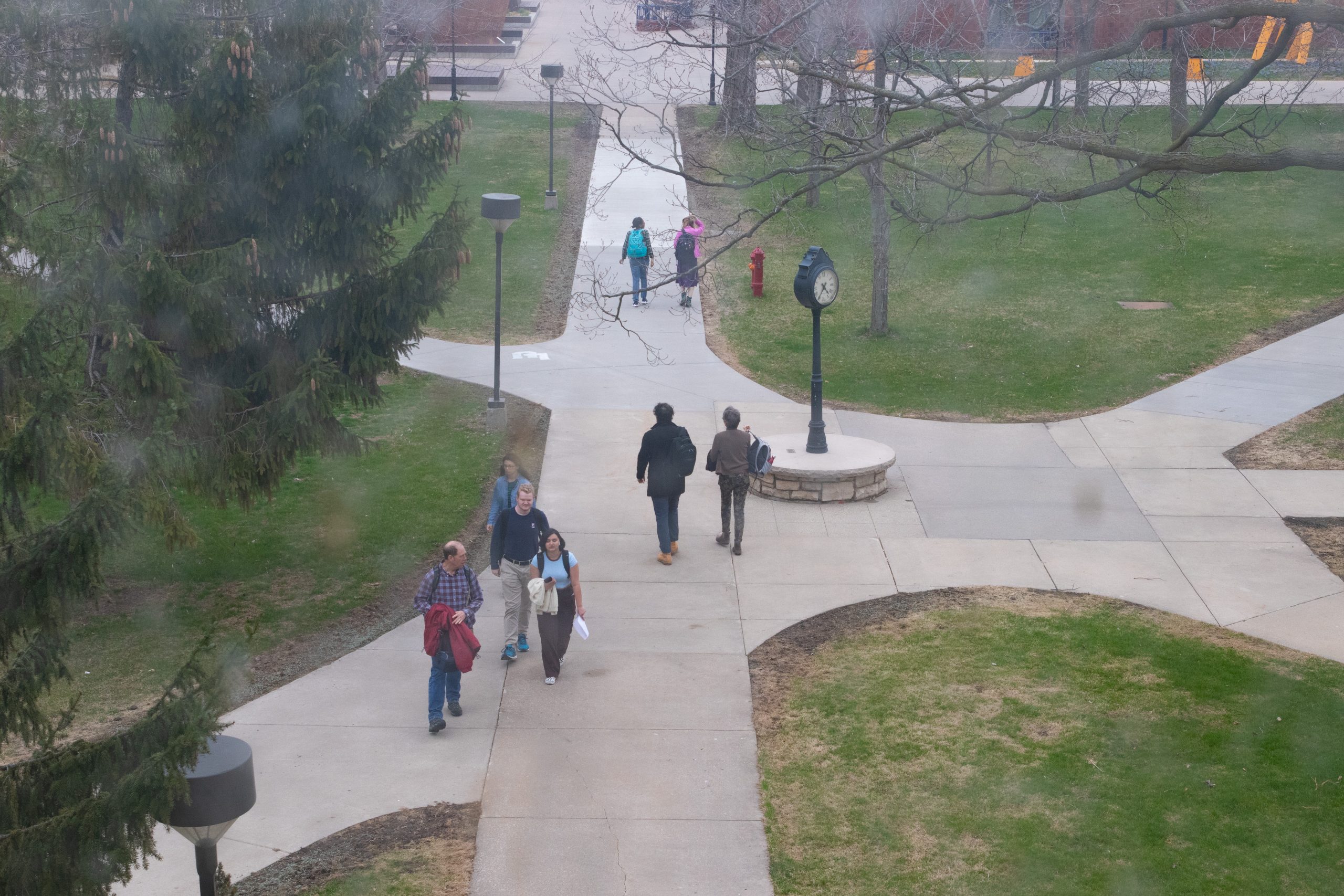 Picture this: You’re out walking, trying to get from the Main Hall to the library. As you walk along the sidewalk, you notice the path doesn’t go directly where you want to go, and you end up spending a couple extra seconds going the wrong direction to switch sidewalks before going the right way again.

Sound familiar? While it seems like a minor inconvenience, it makes one wonder: why not just cut across the grass? In nature, there are no sidewalks to follow, only organic paths made by countless animals and humans taking the path of least resistance to where they want to go. Wikipedia defines desire paths as paths “created as a consequence of erosion caused by human and animal traffic, usually representing the shortest route between origin and destination.” I’ve been doing a lot of thinking about desire paths recently- how they represent some kind of natural rebellion to defy the constraints humans build for themselves, and how they elicit some kind of excitement within me. It’s not even that I have anything against a good sidewalk; sidewalks in general are awesome tools that allow for accessibility and clean shoes. And yet, every time I find myself faced with the option of taking the sidewalk or taking a shortcut through a patch of grass, my feet and my heart seem to burn with the desire to disobey, to walk where I wasn’t explicitly told to.

I think the concept of a new path created by desire can be applied to more areas of life than just walking. Why do what everyone else is doing just because that’s the way we’ve been doing it for so long? I think I tend to get in the habit of constantly worrying if my hair looks dumb, whether I talked too much in class and generally caring too much what other people think about me. Trying to conform to what I believe others will perceive as ‘normal’ is the equivalent of taking the sidewalk from College Ave back to Ormsby. Taking a breath and not caring about the zit on my forehead is challenging, and not quite as exciting as cutting through Main Green in the dark and accidentally stepping in the remains of Ormsby lake, but slowly and surely, I’m trying to not care so much if others judge me. It’s my life to live, and I want to spend it following my own desire path.