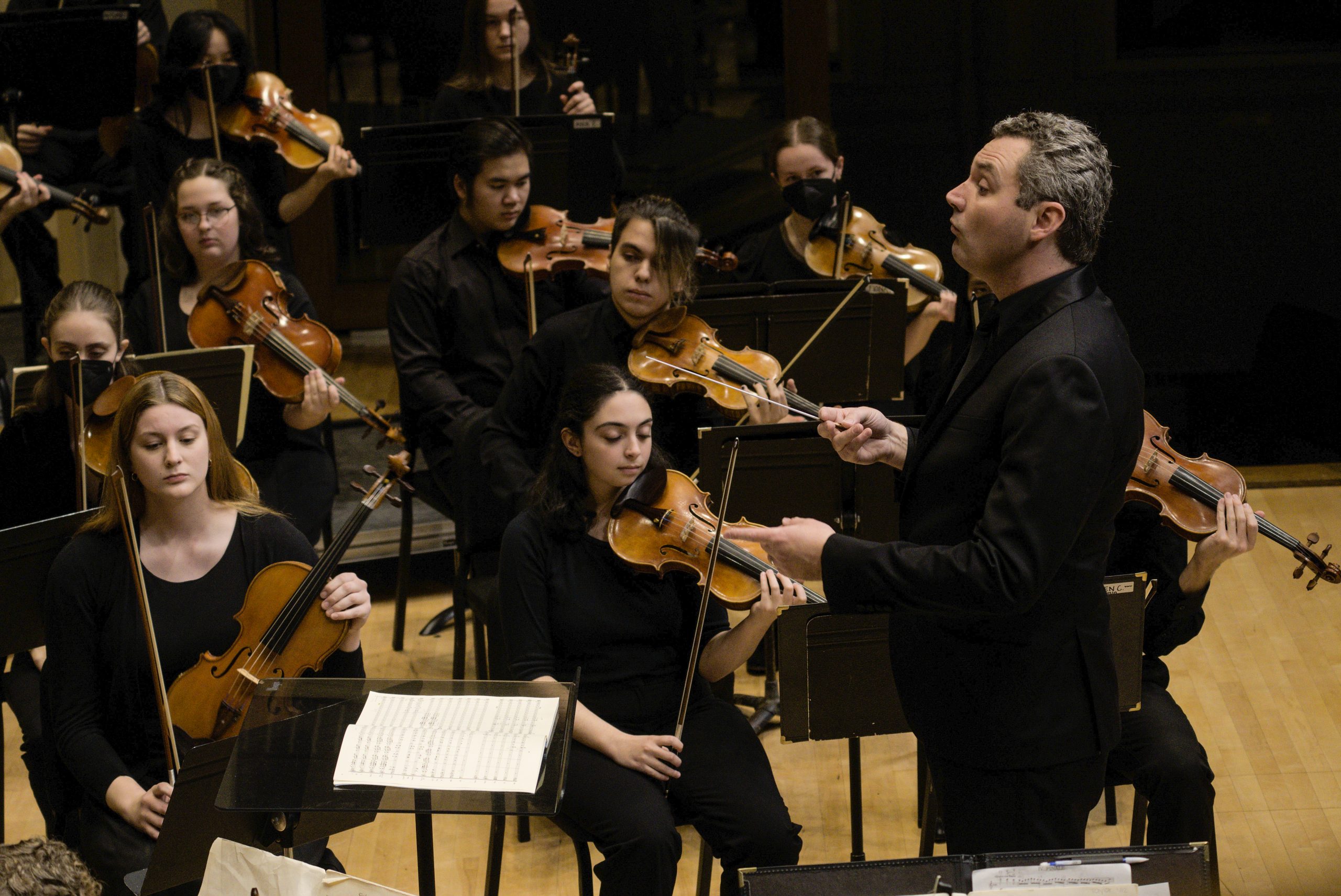 Pyotr Ilyich Tchaikovsky’s Fourth Symphony is not for the weak-minded. The Lawrence Symphony Orchestra performed this deeply personal work last Saturday, Oct. 15 in Memorial Chapel. An ambitious choice, some sense of uncertainty occasionally plagued the first and second movements, but the masterful third movement, and hugely thrilling finale doubtlessly amended and ameliorated the overall performance.

Tchaikovsky wrote this symphony during the first year of his tumultuous marriage to Antonina Miliukova. As a gay man, the composer had entered a marriage of convenience with a woman in hopes of alleviating suspicion of his homosexuality, which was not fully accepted in the Russian Empire. Yet this Symphony reflects on mixed fortunes, since it was around this period that Tchaikovsky began a correspondence with Nadezhda von Meck—the Symphony’s dedicate—who later became an important patron and close friend.

Turmoil between hiding and embracing one’s true self is obvious from the composition’s first notes: a loud fanfare from the horns and bassoons, often described as a “Fate motif.” This approach is a drastic departure from Tchaikovsky’s earlier symphonies. His First begins with a quiet violin shimmer; the Second with a loud, but brief chord; and the Third with a timid melody in the strings.

The Fourth Symphony’s first movement, however, does not shy away from an immediately bold statement. It is a hard opening to get right, and the LSO landed mixed results. The initial statement from horns and bassoons was especially powerful, but there was noticeable uncertainty when the rest of the brass section joined in. After the introduction, the string section’s winding melody regained some certainty, marking the contour of their long phrases especially well.

Two waltz-like sections counter the 1st movement’s many outbursts, both of which are intriguingly constructed. Both melodies and flourishes are passed around the woodwind section, while the cellos (and later the horns) offer a countermelody, which alternates between the background and foreground. The teamwork throughout the orchestra in this scattered passage was coherent and gave welcome breathing room from the symphony’s massive climaxes.

Most of the first movement’s climaxes are lengthy and require almost equal participation from every instrumentalist. This presents a challenge to performers, as these climactic phrases easily become stale without proper shaping and dynamic variation. Fortunately, the LSO was effective in this regard. The string and woodwind sections managed to keep consistently high energy, while the brass offered an explosive sound when needed, particularly at the movement’s end.

A slight discordance occurred between conductor and instrumentalists during the symphony’s second movement. The song-like melody which opens and defines much of the movement is marked Andante (“at a walking pace”) by the composer, but the theme’s character evokes a much slower, Adagio, feel. Dupere was committed to the Andante label, while many of the instrumentalists treated the passage slower, giving hesitation to the overall tempo.

The second movement’s middle section felt was much more united. It included a special sort of vivacity, which only increased as the music progressed. One highlight of the movement’s end was the bassoon solo by Junior Jessica Kleebauer, which found a fitting balance between vitality and passion.

The LSO delivered an impressive performance of the third movement, known for being a bit strange and whimsical. This movement rotates and later combines three distinct textures: a plucked-strings only section, a dance-like woodwind passage and gentle brass march. Each instrument matched their intended character perfectly, with no hesitation. The piccolo and flute duets, later restated by the clarinet, were expertly performed, despite their tricky leaps and daunting speed.

There is little to say about the LSO’s playing of the fourth movement besides praise and commendation. A hugely enthusiastic performance, every musician was at the top of their game, from the precise percussion to the exact string and wind playing to the wall of sound delivered by the brass section. The tempo choice was on the faster side, and the music’s sheer excitement gradually pushed the speed, resulting not in incoherency but energy and zeal.

As a standard part of orchestral repertoire, performing Tchaikovsky’s Fourth Symphony is no small task, and the LSO certainly delivered on their ambition. Equally as effective was the choice to have it as the sole piece of the concert, as the diverse movements, gorgeous melodies and dramatic finale gave all one can ask for from a symphonic experience.