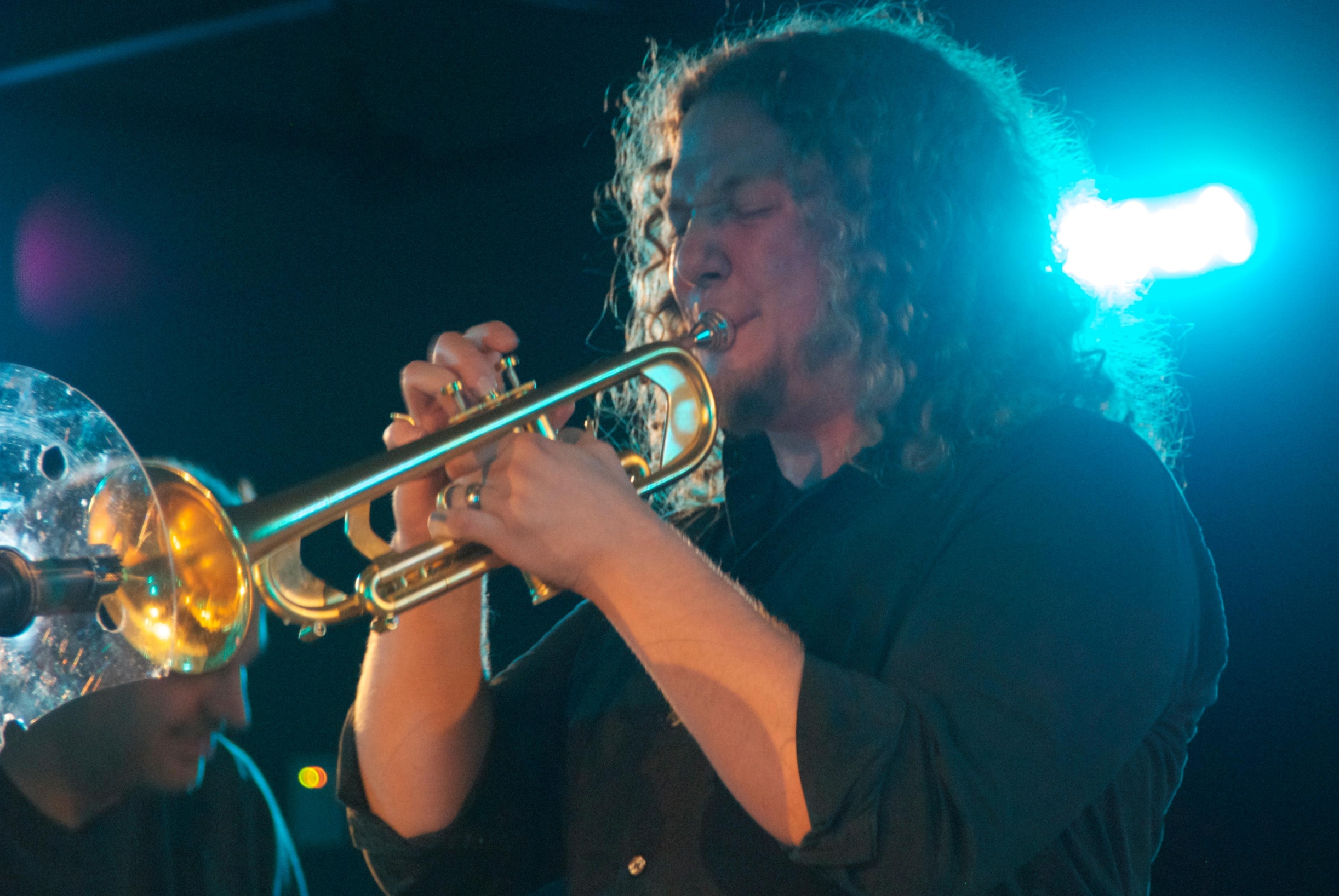 Scheduled by Phi Mu Alpha Sinfonia as a part of “Minneappleton,” Clouser and Co.’s performance was a celebration of Lawrence’s burgeoning relationship with the music of the Twin Cities and was preceded earlier in the week by avant-garde jazz-comedy act, Dave King’s Trucking Company.

With the first downbeat scheduled for 10 p.m., Esch’s chrome den was almost completely vacant. With religious holidays, Bj*o*rklunden retreats and hangovers from Gym Class Heroes distracting Lawrence’s student body, it looked like a slim audience was in store for the critically-acclaimed group, built around the expressive guitarist Clouser.

However, as A Love Electric’s transformative set developed, the seemingly small and shy audience grew into a filled-out, ready-to-dance crowd.

Heralded with the vague, yet powerful tag of being “genre-defying,” A Love Electric played an hour and a half long set of increasingly hard-to-define tunes.

Yet, while their repertoire mirrored the great diversity within 20th century music, A Love Electric’s style seemed to be uniquely their own throughout the entire show.

Clouser himself was fantastic, fluidly drilling through the band’s dense sound that was at times bombarded by Esch’s notoriously awful acoustics. His warm tone and smooth demeanor wowed the Lawrence crowd that seemed at least for starters, unsure whether to graciously stand in awe or emphatically dance to A Love Electric’s mid-tempo grooves.

Clouser, while voicing his sincere appreciation for Lawrence’s support, appeared in a deep trance throughout the set, tastefully blending rock and jazz vocabulary, creating a complex musical dialogue with his band that was loose and improvisational, yet cleanly rehearsed.

A Love Electric’s explorations through music of the past century often bent toward jazz and funk aesthetics, focusing on rhythmic interplay between the musicians and extended jam sections.

Additionally, the jovial duo of Schutte and Bates proved to be a formidable rhythm section who continuously juxtaposed slinky grooves with all-out bashing. As a result, the Esch audience was treated to a night of dynamic surprises, as Clouser’s visceral guitar stylings were paralleled with booming unison hits and percussive freak-outs.

While Esch is undoubtedly a venue where acoustics go to die and Bates’ bass playing suffered due to equipment issues, Todd Clouser and A Love Electric put on a remarkably solid show.

Moreover, in transplanting pop motifs into a somewhat experimental setting, the Minneapolis band which might most easily be defined as a ‘jazz’ group, displayed that their genre is indeed expansive and has a home at Lawrence outside of the Conservatory.

Certainly Esch did not allow Clouser’s rich roster to show their full sonic potential, but A Love Electric’s part-Harper Hall and part-Greenfire basement aesthetic, allowed for a warm, mutual relationship between Lawrence and the Twin Cities to emerge.