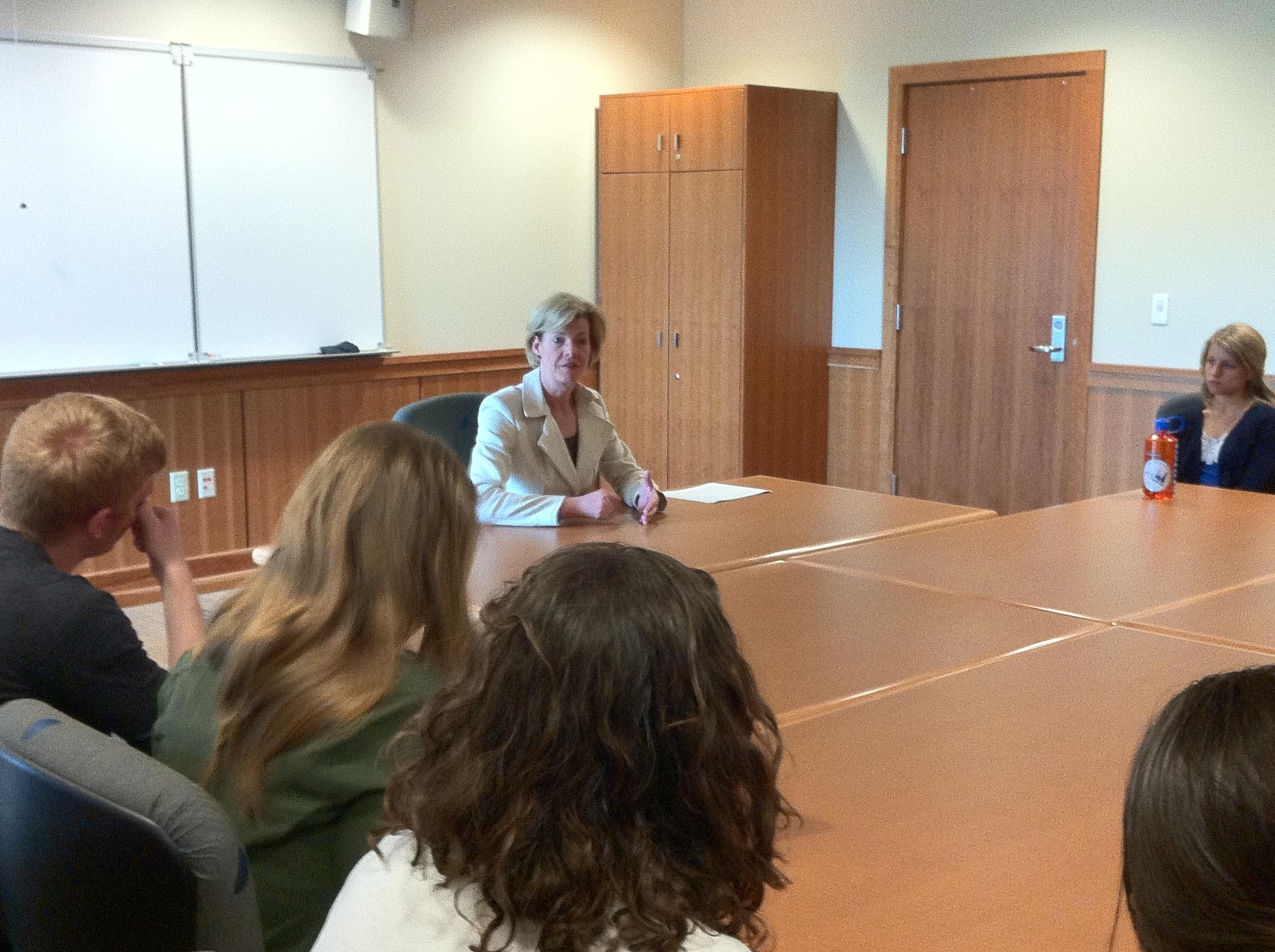 Tammy Baldwin met with students in the Warch Campus Center to discuss her plans for Wisconsin.
Maggie Brickner

Tammy Baldwin met with students in the Warch Campus Center to discuss her plans for Wisconsin. (Photo by Minh Nguyen.)

Representative Tammy Baldwin visited campus Tuesday, April 10 to connect with the student body and promote her campaign. The 2012 Democratic candidate for Senate, and current representative from the Wisconsin’s 2nd district, used her history of working hard to rise to the top to appeal to Lawrentians.

The informal meet-and-greet allowed students to have a serious dialogue with the candidate about topics of the day and public policy that affects students. “Running for Senate is an adventure,” Baldwin stated.

In her short introduction, Baldwin made sure to address topics that mattered to students and young people. Issues addressed included the possible increase in interest rates for Stafford loans in conjunction with increasing tuition prices and coverage under parents’ healthcare until a later age.

Baldwin then opened the floor to questions. Discussion ensued on topics ranging from patents to sustainable agriculture to taxes to healthcare.

Back on the campaign trail while the House is on break, Baldwin will be spending the next week traveling to eight college campuses around the state. Baldwin’s campaign contacted senior Mara Kunin to bring this event to campus. In fact, Lawrence has some special connections to her; her father attended Lawrence in the ’50s, and she went to a private liberal arts school for her undergraduate degree.

Although many students in attendance were excited about this aspect of her candidacy, she brushed these comments off saying that focusing on the policy aspect of a candidacy gives a candidate more legitimacy.

Baldwin has a long history of organizing young voters involved in elections. When she first ran for public office at 23, she generated a high turnout that the press dubbed a “Youthquake.”

“I am a believer in the power of young people in making a difference.” Baldwin said.

According to sophomore Polly Dalton, who attended the meet and greet, being politically active is a way for students to “branch off campus and get people involved in the Appleton community.”

Baldwin is the only Democratic candidate running for this Senate seat. However, in August, Wisconsin voters will decide between four Republican candidates: Mark Neumann, Tommy Thompson, Jeff Fitzgerald and Eric Hovde.

The Senate general election will take place with the presidential general election on Nov. 6. All are competing for the seat that was formerly occupied by Herb Kohl, a Democrat who is retiring this year after serving in the Senate for the past 24 years.

Baldwin will continue to run her campaign until the general, and presidential election on Nov. 6, 2012. The on-campus campaign will be also be continuing into the fall.