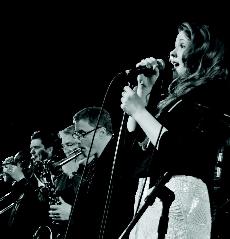 Tuesday, Jan. 19, I found myself in Evanston, Ill. with a few other Lawrentians and a room full of eager ears. Among the audience were such post-Lawrence successes as Nora Taylor ’09, a full time sass-machine and part time “development apprentice” with the Steppenwolf Theatre Company, and James Antony ’09, who is now in graduate school at Northwestern University.
Other die-hard fans and long time supporters filled the Society for the Preservation of Art & Culture in Evanston, an ideal venue for Lawrence alumna and budding artist, Jessie Arlen.
Those of you who know Jessie probably can remember the first time you heard her sing. Aside from the fact that her deep, powerfully sexy vocals sound almost nothing like her usual high-pitched and shy self, her talent as a musician continues to impress those who have been following her from her start.
The senior class of Lawrence University can be proud that they knew Jessie Arlen, former member of Lawrence Conchordance before she found fame.
Tuesday was the debut of Jessie’s first solo album, “Certain Surprises,” featuring her favorite jazz standards along with some soulful tunes representing her fiery side.
“Here comes Jessie Fierce,” she giggled before unleashing a version of “Is You Is or Is You Ain’t My Baby?” that left the crowd eager for more.
At the concert Jessie faced one her biggest fears and performed three originals, one featuring current Lawrence senior, Vince Dyer.
“My New Year’s resolution is to write more of my own songs,” Jessie stated while introducing her first self-written song, “and I hope to have all original music on my next album.”
The self-written tunes featured simple, yet relevant lyrics about love and support with soaring melodies that fit her strong and vibrant vocals.
“Let’s get that next album started,” Jessie’s father and leader of the accompanying band stated after hearing the originals for the first time that night.
Critics describe Jessie as a crossover artist with roots in jazz, and say she is a classification-defying singer who embraces songs in a way that belies her youth.
Her pure, soulful voice lends itself to multiple musical styles and her interpretations both honor the composer’s style and intent, and add a very personal and contemporary relevance.
Jessie currently studies jazz and contemporary music and liberal arts at the New School in New York City. 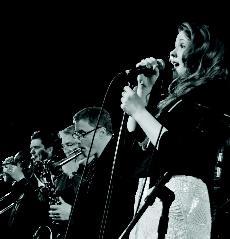