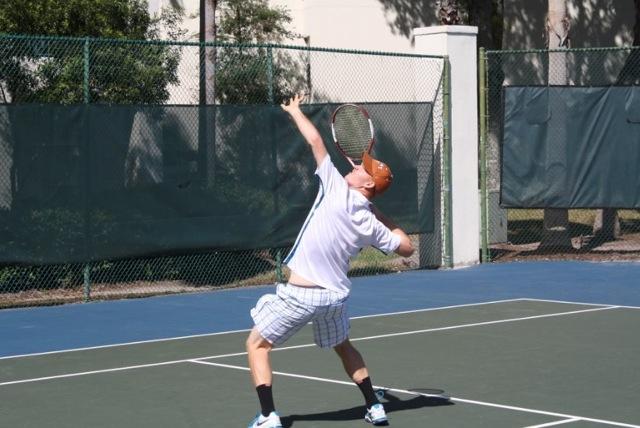 1) Why and when did you start playing tennis?

2) What was the best part of your spring break matches?

On a personal level, spring break was a turning point in my season. The high point was easily beating North Central College 5-4 in our third match. We lost Cooper Smith, who plays four singles and three doubles and is probably one of the best players in conference at those positions, in our first match. After that, we were the underdogs in every match. Against North Central our singles play was phenomenal; Max Zlevor, Jeremy Andereck and I won easily, leveling it at four matches apiece with Jason Dunn still playing. His opponent hit the ball harder than almost any player I’ve seen but Jason handled him and we pulled off a pretty big upset.

3) What is your biggest accomplishment in tennis?

Winning at two singles and at two doubles against St. Norbert’s sophomore year at conference. We beat them in the regular season, but I lost both my matches. Max and I won 8-6 against the same doubles team that had beaten us 5-8 the previous weekend. Then in singles, I got beat handily in the first set, but managed to come back and win 6-4, 6-4 in the second two. It wouldn’t have been a big deal, but we lost two matches at conference that we won in the regular season, so without my wins we wouldn’t have won as a team. I had struggled at two singles my freshman and sophomore years, and that match was the first close victory that I really contributed to. That it was against Norberts at conference made the atmosphere even more charged and the experience all the better.

4) What do you do that gets you pumped up before you play? Any pre-game rituals?

Tennis is all about relaxed intensity, so pumping yourself up can actually be really detrimental. It’s not like other sports where you can out-physical an opponent. Yes, strength and speed are important, but you also have to relax or you can’t hit your shots. To “get in the zone”, I do some jogging, some dynamic stretching, and listen to music. The music depends on what makes me feel right at the time, but Muse, electronica, and ska are common on my playlists.

5) If you had a super power, would you use it for good or evil, and what would it be?

I would want omniscience. Knowledge is power, right? And I would use it mostly for good, but I would also make sure I was happy with my circumstances (I would know winning lottery numbers, after all). It’s also easy to say for good now, but you never know what would happen once I had the power…

1) Why and when did you start playing softball?

I started playing ball when I was eight. Basically my dad told me that I needed to get my butt up off the couch and do something. My best friend and I decided to try softball, and it worked out great.

2) What was the best part of your spring break games?

The best part of our spring break games was seeing the team really come together. We did a lot of bonding off the field, but when we were on it was where the most important bonding happened. We really got into reading everyone’s strengths and weaknesses so we knew how to pick each other up.

3) How does it feel to only allow one hit in an entire game?

The one hitter was awesome! Having the defense back me up like that was an awesome feeling. It’s such a relief as a pitcher to step on the mound and know that you have eight very talented girls out there and ready to back you up with intensity.

4) What do you do that gets you pumped up before you play? Any pre-game rituals?

Before games, I mostly jam out to my music. I find some really awesome tunes that can help me visualize our team handing a big fat loss to the team we’re about to beat.

5) If you had a super power, would you use it for good or evil, and what would it be?

My super power would definitely be invisibility. Whether it would be for good or evil is totally up to the situation. 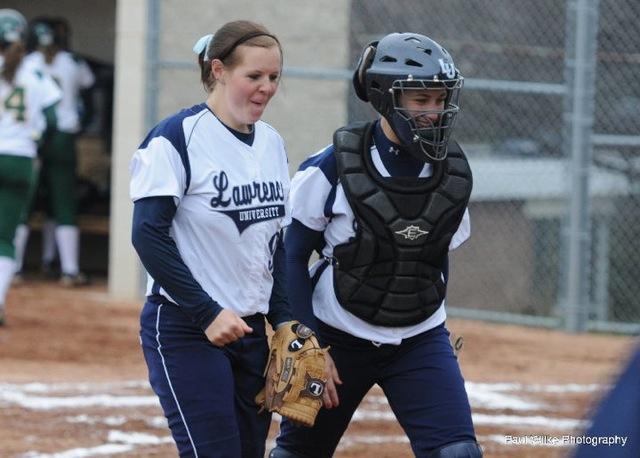