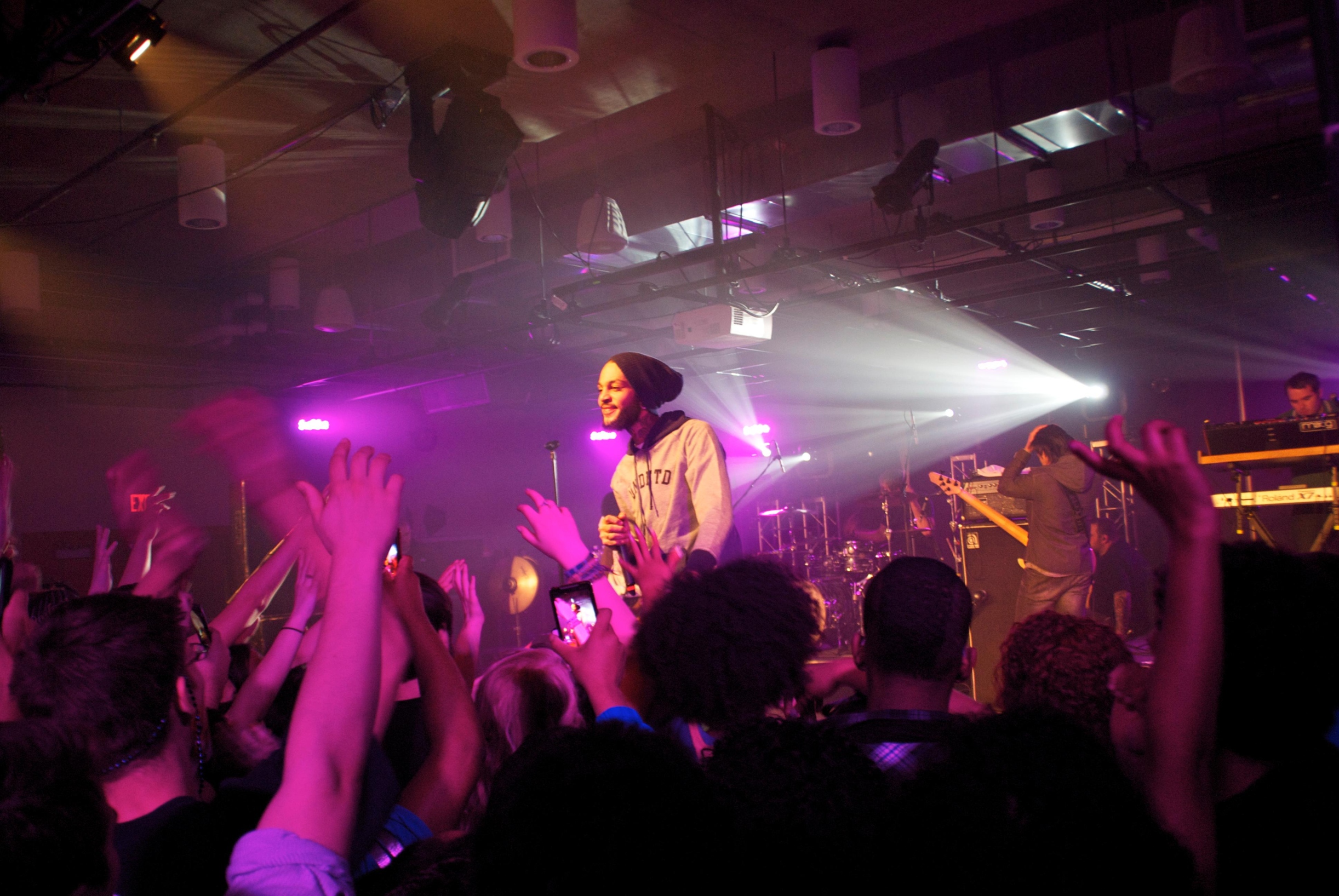 If you somehow haven’t heard already, last Friday, April 6 marked this year’s Big Event, with Gym Class Heroes, preceded by Oxymorrons, performing in the Esch-Hurvis Room. The choice was controversial: From the day it was announced, people have had strong feelings about Gym Class Heroes coming to Lawrence. Pre-show, I encountered reactions ranging from anger to disappointment to excitement, with not a lot of middle ground.

I was pretty ambivalent — I’m not the hugest fan of the group, but I like a few songs, so I figured I’d go with my friends and enjoy it for what it was.

We’d heard good things about the opener and arrived in time for their act. The Oxymorrons were just getting set up as we got there. The crowd wasn’t enormous — not only was it still too early for the main event, but a lot of people on campus had gone home for Easter and Passover. But those who were there really got into it.

I’d never heard of the Oxymorrons, but they were fun and engaging — sporting bow ties and suspenders, they seemed almost like some strange hybrid of a barber shop quartet and a hip hop group. It was a winning combination; the crowd, though largely unfamiliar with the group, seemed to be enjoying themselves.

Around 9 p.m., the Oxymorrons came off and the stage was set up for the main act. More and more people had flowed in over the course of the Oxymorrons’ set and, while the crowd still wasn’t huge, by any standards, people seemed excited and the atmosphere was positive and buzzing. People were ready to dance.

The band was greeted with cheers and yells, and they wasted no time launching into their first song. The music was fairly low key at first, but that didn’t stop people from pushing and shoving to get to the front. And when the third song rolled around, things got infinitely more hectic: “Cupid’s Chokehold,” arguably their greatest hit, off their album “The Papercut Chronicles.”

My favorite of their songs, it features a chorus you can’t help but sing — “Take a look at my girlfriend / She’s the only one I got.” The crowd went wild; this was what they had been waiting for. This was really the turning point of the show — the crowd was into it.

Other highlights of the night included songs such as “Billionaire” and “Stereo Hearts.” I didn’t know all the music, but it was fun and danceable. The band members were personable and seemed to enjoy performing for a smaller-than-usual venue. And while there definitely could have been greater attendance, those who did attend made the most of it.

All in all, it was a fun performance with an enthusiastic audience. And, although I missed it, I have it on good authority that, at one point, a pair of underpants was thrown at Travie McCoy.