“Exit Humanity” a fresh take on the zombie subgenre 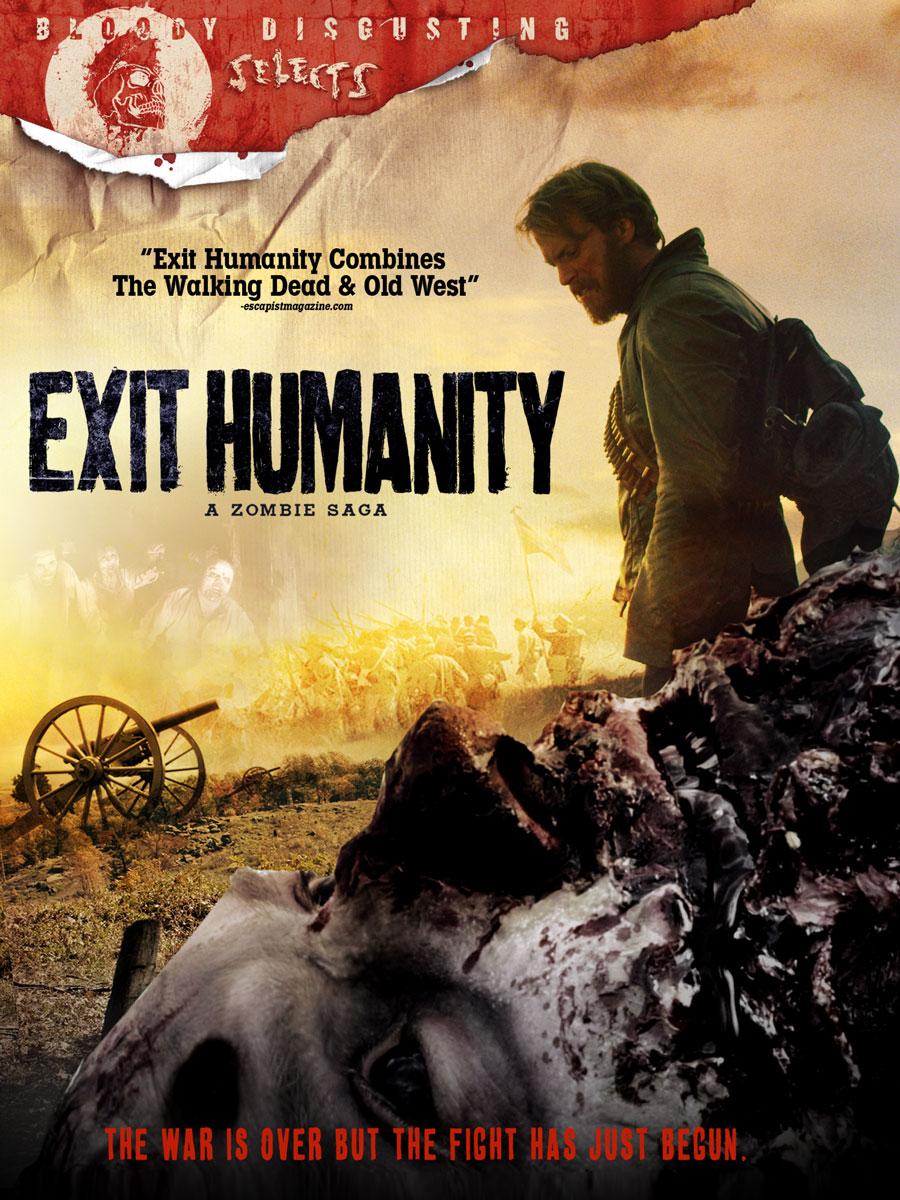 All right. I’ll admit it. I’m bored of zombies.

As a concept, zombies are fantastic. Their lumbering approach, their massive numbers, and their metaphorical indestructability all hold great potential not only as monsters within the horror genre, but as literary foils to modern society, a similarly soulless and lumbering place.

Unfortunately, this fantastic concept has been all but ruined for us by the lack of originality surrounding it for the last twenty years. Despite changes in setting, writing style, and even the addition of fast-moving zombies, films from the zombie subgenre always tend to have the same plot: our hero returns to a society he or she recently left to discover that everyone has become zombies, copes with having to kill his or her infected friends and family members, runs into more uninfected individuals, and then fights with them for the remainder of the movie, showing that the true monster was mankind all along.

Though I have no real qualms with this particular structure — AMC’s popular television series “The Walking Dead” and legendary horror director George A. Romero’s entire film catalog both tend to use it to great effect — it tends to get rather dull and repetitive when this is the only way that anyone ever seems to make a zombie film.

“Exit Humanity” doesn’t by any means completely ignore these tropes. In fact, it embraces them. However, for some strange reason, I found myself completely absorbed in its world. Unlike the modern setting of most zombie films, “Exit Humanity” is set during the end of the American Civil War, as the soldiers are returning home.

Writer/Director John Geddes, who previously directed the straight-to-DVD movie “Scarce,” breathes a special beauty into the visuals of “Exit Humanity,” which are equal parts harrowing violence and contemplative shots of the woods or waterfalls. Though it was made for only about 300,000 dollars in Canada, “Exit Humanity” has all the gloss of a full-budget Hollywood production. Effects rarely look fake and the period costumes and buildings seem both accurate and believable.

Perhaps the most remarkable achievement of “Exit Humanity”, though, is its acting, which — despite employing relative unknowns in all the lead roles — manages to transcend the typical expectations of horror movie acting to a much more contemplative and passive state. While the movie certainly contains its fair share of people looking scared, it also has long segments of dialogue in which the characters discuss the philosophical and emotional implications of what they are experiencing: the underlying guilt and pain which is so rarely explicitly addressed in the genre of horror.

Particularly of note are Mark Gibson, who plays the protagonist, a soldier fresh from the civil war, and Dee Wallace, who plays a witch-like figure convinced that she created the zombie problem. The scene in which the two of them talk through their experiences with guilt serves as the emotional and thematic center for the film, providing the viewer with a sense of serene understanding amidst the chaos of zombie apocalypse.

Though “Exit Humanity” is not necessarily a film that everyone will enjoy, it is the first zombie film in a long time that gives me hope for the subgenre. It is original, visually interesting, emotional and entertaining, and deserves a look from any and all horror fans.