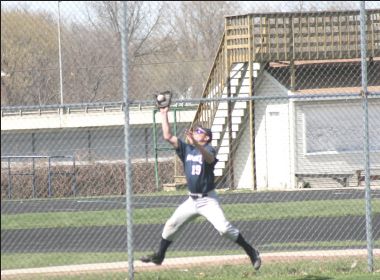 The Vikings entered their Monday doubleheader against defending national champions UW-Whitewater in a recent funk. Losers of seven of their last eight, the Vikes were pitted against a red-hot Whitewater squad, winners of eight of their last nine.
Game one proved a wakeup call for Lawrence as Whitewater came screaming out of the gates. In the first, Whitewater showed LU they could still play both sides of the ball like champions.
After a 4-run assault in the top of the first, Whitewater hurler Adam Dominick struck out the side – a gloomy foreshadowing of the next nine frames.
Whitewater manufactured runs consistently in tight spots off Lawrence tosser B.J. Chase without the aid of the long ball through quick decision making and excellent base running.
Chase was handed his first loss of the season, despite settling down after a rocky first. Lawrence batters were held to 1 run on 5 hits by solid Whitewater pitching. The Vikings never led, losing 9-1.
Game two saw junior pitcher Josh Richie set the stage for a Viking turnaround and was lights-out for 7 2/3 innings. Southpaw Chris Clouthier picked up where Ritchie left off, retiring the last four batters and fanning three.
Whitewater again sent a number of arms to the mound, but again they dealt with Lawrence sluggers, efficiently allowing 13 Vikings to reach base but holding their run tally to a meek 2.
When the dust settled, the Vikes dropped a heartbreaker 3-2 and dropped the series to one of the most well rounded teams they have faced. Lawrence next travels to Carroll, where they’ll hope to halt their skid in an April 22 doubleheader. 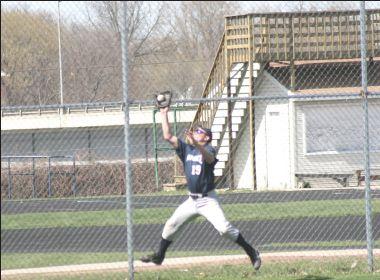