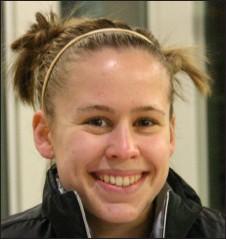 Last week, Lawrentians came out in strong numbers to cast votes in the LUCC election for president and vice president. There were four candidates for each position, some running a joint platform. Finally, after several run-off ballots, Adrell Bullock and Stephanie Kliethermes, a joint platform, won for president and vice president.
The election was very close, according to LUCC Polling, Elections and Leadership Committee chair Timothy Ruberton. The other candidates
for president were Jay Dansand, Heath Gordon and Chris Snapp. Kat Deas, Eric Eisenheim and David Olynyk ran for vice president.
Like Kliethermes and Bullock, Dansand and Eisenheim also ran as a team, forming a ticket late in the game; all other candidates ran separately.
Each ballot listed the four candidates and asked the voter to list their preferences, strongly encouraging voters to list a second and third choice to aid in the run-off system.
The ballots were cast using “instant run-off voting,” a system that ensured that the winner would be elected by a true majority. In the first count for president, Bullock lead with almost 40 percent of the votes, and the candidate
with the least votes was eliminated. When a candidate was eliminated, the ballots indicating that candidate were recast for the second or third preference listed. The ballots were recast twice more and ballots that did not list a second or third preference were thrown out. In the end, Bullock won with 54 percent to Heath Gordon’s 46 percent, a clear, but close, majority.
The voting for vice president was remarkably similar, according to Ruberton. The ballots were cast three times, eliminating candidates with the obvious minority of votes each time. Kliethermes won with 53 percent, beating Kat Deas’s 47 percent.
Ruberton ventured to guess that Kliethermes and Bullock gathered
a large group of supporters because they ran as a ticket.
There were 569 ballots cast for president and 550 for vice president,
giving this LUCC election, according to Ruberton, “The highest
turnout either Pete [Snyder] or I can remember.”
New Vice President Stephanie Kliethermes reported that she was “thrilled” when she heard of her and Bullock’s win. The two Lawrentians decided to create a joint platform early last December. “[Bullock] approached me … and I couldn’t turn him down because it was such an amazing opportunity,” said Kliethermes. She believes that they won because of their joint effort and united diversity. “I think we are a great representation of many similar yet different assets of the Lawrence community,” she said. Kliethermes acknowledged that all the candidates were extremely qualified and possess great leadership
skills.
In their term as executives of LUCC, Bullock and Kliethermes say they plan to bring current issues to the forefront, such as parking and meal plans. They also plan to work on promoting diversity by attempting
to break down the social and cultural barriers that they believe are present. “Lawrence prides itself on the diversity among students,” said Kliethermes, but “there are definite barriers that exist.”
Bullock and Kliethermes will work together in LUCC for the three upcoming terms, until the next election in winter 2007. 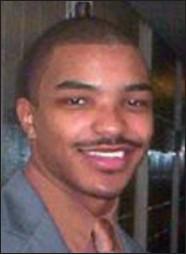