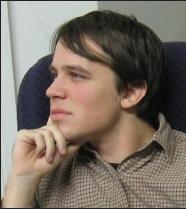 A few months ago Canadian journalist Mark Steyn visited Guantanamo Bay and made some reports that were truly alarming.
When detainees arrive, they find in their cell their own personal copy of the Koran, hung in a surgical mask so that they can be assured infidel hands have not touched it.
They are told the direction to Mecca so that they can pray when the muezzin calls them to prayer over the camp loudspeaker. During the holy month of Ramadan, the local sergeant bragged about the wonderful ethnic dishes that the camp cooks make, boasting particularly about the tasty baklava.
The inmates are given Asian style toilets, because it is what “the detainees prefer.”
Luckily, many of the inmates are interrogated using mild torture techniques, which really are the only thing separating Guantanamo Bay from a five-star hotel in Saudi Arabia. The poor Islamic militants who inhabit this “gulag” or “concentration-style camp” (as the leftist journalists call it, thoroughly insulting anyone who has been condemned to an actual Nazi concentration camp or Soviet gulag) have had to endure such horrors as the putting of female undergarments on their heads, pornography and having a Koran flushed down the toilet.
The worst torture that anyone at Guantanamo has suffered is waterboarding, which is used to make the victim think that they are drowning.
Torture is ugly, unpleasant business, so the real moral question here is, “Is it okay to torture the enemy when they may hold information that could save lives?”
I answer that not only is it okay, but a moral imperative. To do less would be to sacrifice the good to the supposed rights of the evil.
Islamic militants captured on the battlefield have no rights. Applying things like the Geneva Conventions to our policy with fanatical suicidal maniacs is absurd, as is any international law which demands that we sacrifice our security.
The only problem present here is if truly innocent people are being tortured, which all evidence suggests is no problem at all at Guantanamo Bay (the New York Times claimed that one detainee was innocent because he was “forced to join al-Qaeda”, for instance).
Most detainees who are freed from Guantanamo rejoin the terrorist networks they once belonged to, according to military analysts. Guantanamo Bay should be kept open, if for no other reason than as a message to Islamic fanatics in the Middle East – if you are going to fight the USA, might as well die on the battlefield and save yourself from the womens’ panties and baklava. 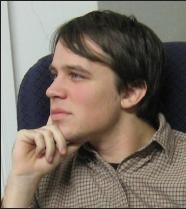 Scott Sandersfeld (Brent Schwert) A few months ago Canadian journalist Mark Steyn visited Guantanamo Bay and made some reports that were truly alarming.When detainees arrive, they find in their cell their own personal copy of the Koran, hung in a surgical mask so that they can be assured infidel hands have not touched it.They are…