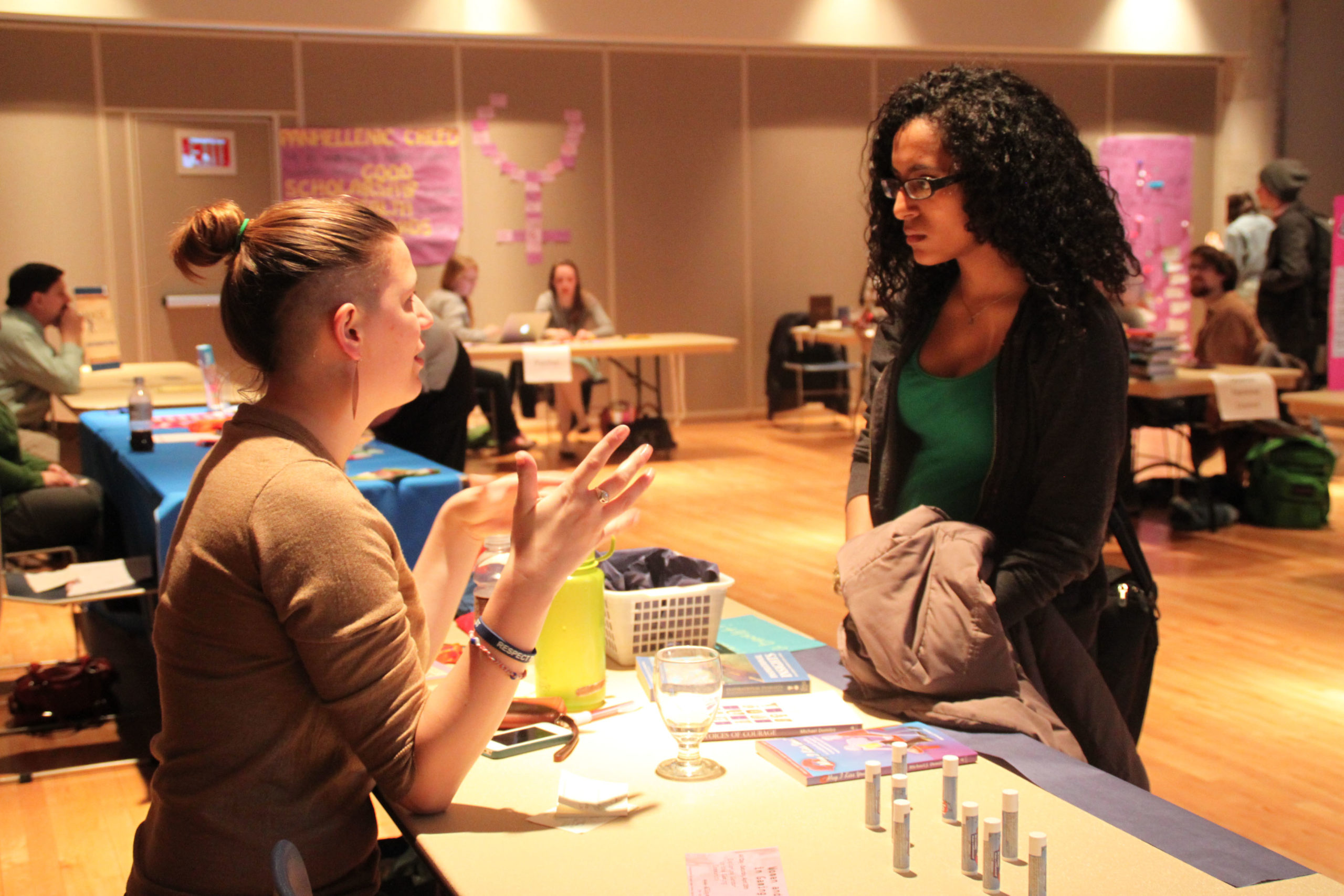 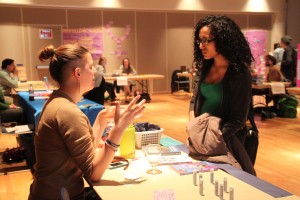 Women’s Empowerment Week began on Thursday, March 25 in the Warch Campus Center with the Women’s Empowerment fair.  The week was concluded on Wednesday, April 3 with a lecture by Professor Glick entitled, “B.S. in the Workplace”. The week also included a Sexual Assault and Rape Culture panel discussion, the documentary “Makers: Women who make America,” and the film “North Country”.

The concept of the week came from a discussion between RHDs Rose Wasilewski, Sara Vansteenbergen and Kate Allison about Women’s History month and Sexual Assault Awareness month and how they wished to have the campus note the two issues. What began as a single event soon grew to include many speakers and a vast array of participants.

In the planning process, a major goal was to have a variety of events so that a range of people would be interested in learning about topics that affect women. These issues were to include more publicly recognized issues, such as sexual assault, and less publicly recognized issues, such as workplace expectations.  As a result of this goal, the events of the week spanned a large variety of topics. Each of these events related to education, empowerment, and activity.

Numerous organizations and women’s advocates, both on and off campus, took part in the week.  On-campus groups who participated included Gaming House, Cantala, SHARB (Sexual Harassment and Assault Research Board), CODA (Committee on Diversity Affairs), the Volunteer Center, the PanHellenic council, the History department, GLOW( Gay, Lesbian Or Whatever) and the Downer Feminist council.

Each group had its own booth that hosted a variety of activities. Some groups offered information about topics including: gaming, sexual assault, women’s history, and on-campus support.  The History department provided a trivia game about women’s history while CODA had vagina crafts and monologue writing.

Rachel Crowl from the Communications office set up a “What Empowers You?” photo booth in which participants could take a picture of what empowers them. At the end of the fair, Cantala performed music.

Representatives from off-campus groups, such as Planned Parenthood and the Women’s Fund of the Fox Valley, both had booths set up at the Women’s Empowerment fair. The Women’s Fund handed out copies of Personal Finance books to visitors and offered information about the actions of the organization regarding grants, advocacy and education of women.

Dragon Rugby, another local organization, had a booth at the Women’s Empowerment fair. The youth foundation prides itself on teaching honor and valor in youth through the game of rugby and currently practices at Tallulah Park.

In addition to these groups, two Milwaukee Downer College alumnae attended the fair to share stories with current students.

The planning committee of the event hopes that Women’s Empowerment Week will continue annually.

When asked about the impact that this week could have, Sara Vansteenbergen said, “I think it is not only our privilege but our responsibility to educate the community about these issues, both so our students are prepared to navigate the waters and so, maybe, they are empowered to do something about it.”