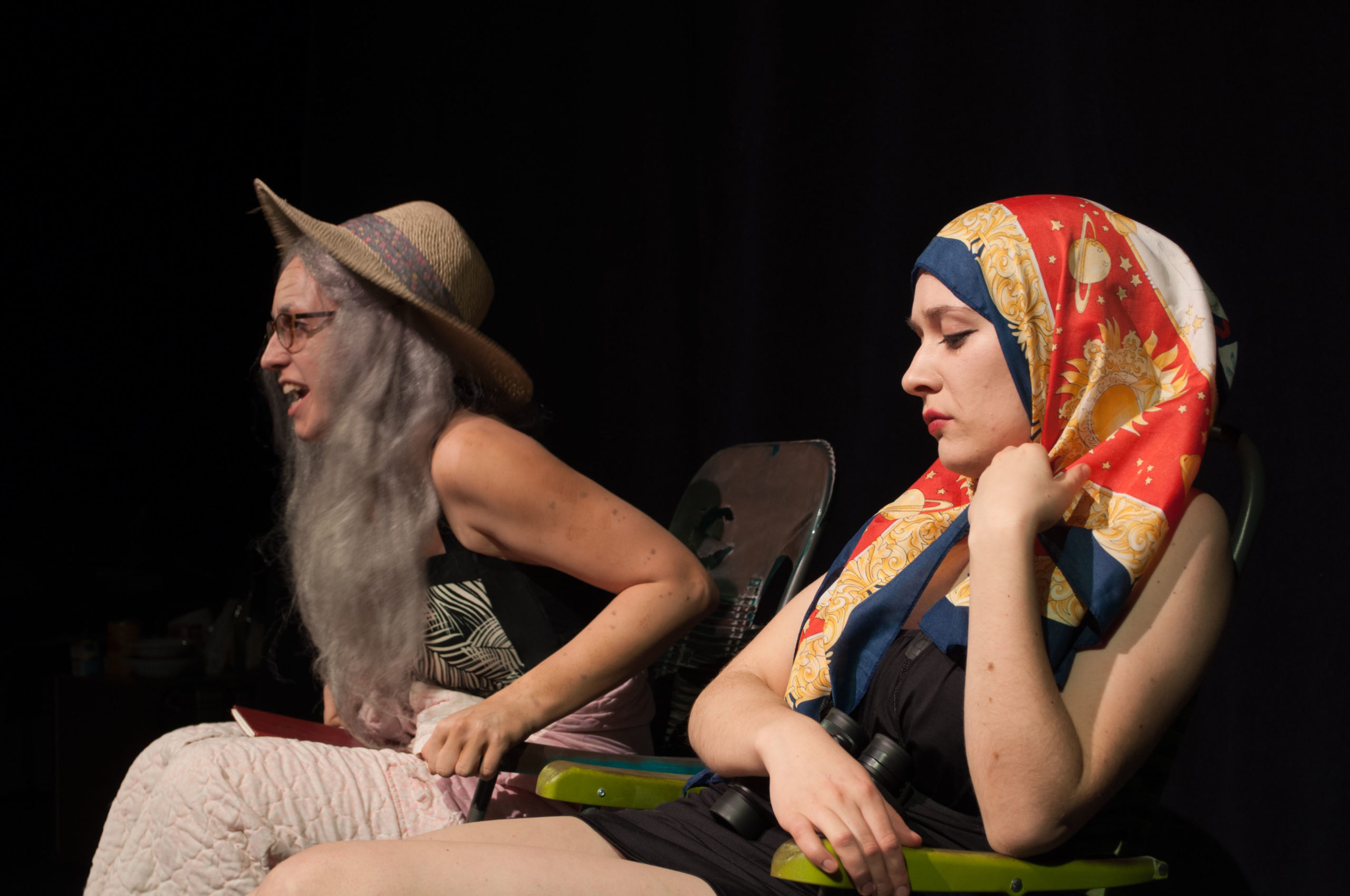 Tony award-winning musical “Grey Gardens,” produced by SPAMALU, opened Friday, April 12 in the Cloak Theater. Based on the true story of Jackie Onassis’ wealthy aunt Edith Bouvier Beale and cousin of the same name, “Grey Gardens” follows this mother and daughter from their life of aristocracy to isolation and near-poverty in their own mansion.

Based on the 1976 documentary “Grey Gardens,” the show premiered on Broadway in 2006 and has since become an HBO film starring Drew Barrymore and Jessica Lange.

“Big Edie” and “Little Edie,” as they were known to the world, lived in their increasingly decrepit Long Island mansion of Grey Gardens for over 50 years before facing the threat of eviction in 1972. With only themselves, 52 cats, raccoons and fleas to keep them company, they were seen as fallen aristocracy and a fascination to the rest of the world.

“What appealed to me about ‘Grey Gardens’ was that it keeps coming back for some reason,” Kunath stated. “I think it’s a really important story that not a lot of people know about. More people should know about it, and that’s part of the reason why I proposed it to SPAMALU.”

The opportunity to really dig into a historical character is another reason Kunath chose the show. “There haven’t been many opportunities here [at Lawrence] to really research a role, and I think that this provided a different outlet for that.” Kunath commented that “documentary theater is a completely different animal.”

The close connection between mother and daughter is another aspect that fascinated Kunath. The musical focuses on the unique connection between Little and Big Edie and why they stayed by each other’s sides while much of their close family abandoned them. Kunath commented, “It’s a very dysfunctional relationship, but the whole idea of a mother-daughter love story as opposed to a romantic love story getting the emphasis in a musical is so rare.”

The acting challenges presented to the cast and Kunath were new. Act I takes place in the rich aristocracy of the 1940s, and Act II takes place in their decaying home around 1972. Also, Little Edie changes from being played by junior Maire Clement to junior Sadie Lancrete while the character of Big Edie played by Lancrete switches to freshman Catherine Bentley. Kunath said her biggest directing and acting challenge was “striving for continuity and keeping an audience engaged with a completely new story.”

Kunath was focused on how to keep an audience who may not have prior knowledge engaged in the show. Sophomore Joe Bazydlo, was one such audience member. “I went in with a completely different perception of what the show might be,” Bazydlo commented. “I thought it was going to be a drama and a sad, teary show, but it ended up being a comedy. It was funny and really clever.”

Catherine Bentley played elderly Big Edie and said, “I’ve definitely never played anyone as old as Big Edie.” When asked how she tackled an older character, Bentley said she related to Big Edie. “She is sharp as a serpent’s tooth, and I love to think I can identify with her humor and endless love,” Bentley said. “Big Edie could’ve written a book on how to be a badass.”

The doubled role of Big Edie and Little Edie was another challenge. Lancrete played Big Edie in Act I and Little Edie in Act II, but not before intense research. “I think this is probably one of the best character actress roles ever in my opinion… and Sadie [Lancrete] researched it so well,” Kunath commented.

“Grey Gardens” shows a mother and daughter at their hilarious best and their tragic worst. “You go in thinking it’s these two women who are nuts, who are crazy cat ladies, and people see them as eccentrics and that’s it,” Kunath said. “But I think of it as a story about unconditional love.”