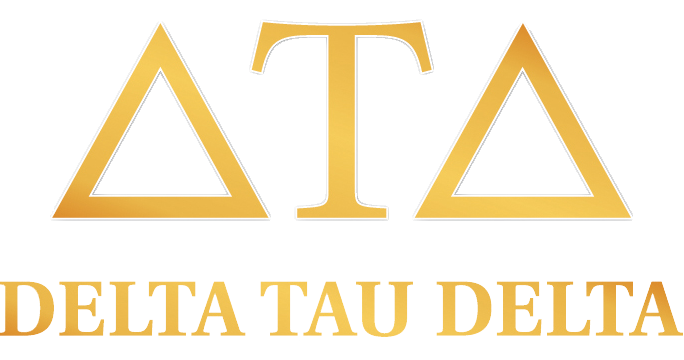 On Tuesday afternoon, sophomore Jazmin Astwood-Padilla expressed her disagreement with some of the terms used in the event description. She commented on the event page that the “’Golden era of gangster hip hop’… was a very important movement for the African American community and for you to make a satire of it and use words like ‘hoodrat,’ ‘nappy hair wigs’ among other things that I read is offensive and misleading” [sic].

Delta Tau Delta’s event description, coupled with Astwood-Padilla’s response, sparked an immediate debate that transcended the online forum to become a campus-wide discussion about race and ethnicity on campus. Several students as well as Kohler Residence Hall Director and Diversity Center Programs Coordinator Drew Ryan commented in support of Astwood-Padilla, while other students supported the fraternity’s actions and defended the original poster.

Senior Andrew “Anj” Carlson, the Delta brother who authored the contested description, explained to us that no offense had been intended. Rather, he characterized the party as “celebrating something musical, artistic,” and that hip-hop is a global phenomenon not limited by ethnicity.

Carlson went on to defend his use of “nappy hair wigs” and “hoodrat,” stating that he understood these to be “innocuous” terms; the former describing the messy hair of someone recently woken from a nap, and the latter a word used positively within hip-hop culture.

On the advice of Curt Lauderdale, the Assistant Dean of Students for Campus Life, Carlson initiated a meeting with some of the more vocally offended students to “come to a mutual understanding.” While Carlson attempted to defend his terminology to those who “decided to misconstrue” the description negatively, Astwood-Padilla and her supporters aimed to educate Carlson on their perspective.

Astwood-Padilla felt the description made light of a movement that was important to “a group of people that are really ostracized.” She repeated to us what she attempted to convey to Carlson:

“Can you at least understand why this was disrespectful? …If you’re talking about that era, you’re talking about, like, the fade tops… those god-awful, like, 90’s jackets… but you didn’t mention any of those positive stuff. You only mentioned the negative, and that’s what we’re trying to get you to understand.”

When asked about her understanding of the intention behind Carlson’s description, she said, “I hate using the ignorance card because you’re in college… You have no excuse at this point in your life to say ‘I didn’t know any better.’“

After the meeting, Carlson said “I’m happy with where it’s at.” However, he added, “I’m not planning on apologizing.”

This situation speaks to broader campus issues that must be addressed.

First, this controversy speaks to the issue of Internet etiquette as it relates to the campus community. Many subsequent commenters on the Facebook page became belligerent and resorted to personal attacks irrelevant to the original discussion. In a community as small and tight-knit as Lawrence, words have more real-world repercussions than they would if written in a more anonymous forum.

A related concern involves the RHD’s participation in the Facebook discussion. Ryan expressed his support of Astwood-Padilla’s critique on the discussion thread, stating that he was “Speaking as a Representative of the Office of Multicultural Affairs AND Campus Life” [sic]. Ryan later posted a web article titled “Penn State sorority put on probation over photo” to give context to a previous commenter’s allusion to a racially insensitive event.

These posts could easily be construed as a threat to Carlson or his Delta brothers, given Ryan’s self-identified university position. Campus personnel should not inject themselves into student debates through online media, and Ryan’s decision to do so is made worse by his pointed reminder that he speaks for Campus Life.

By posting a screenshot of the argument to the Downer Feminist Council Facebook site — after the description and comments had been removed from the event page — Ryan’s conduct moved from inappropriate to unprofessional, bordering on inflammatory.

Last, and by far most importantly, this online debate highlights some of the troubling diversity-related deficits in our Lawrence community. Astwood-Padilla recounted many disturbing experiences with racism she has witnessed during her time on campus. She said, “The fact that I can be working at the VR, and someone can go up to one of my friends and say, ‘How do you feel about the word ‘[N-word]?’ and keep using the word over and over and over again?”

We do not want to single out Delta Tau Delta or Carlson as particular offenders; that would not only be unfair, but would be completely missing the point. Instead, we wish to highlight this incident as a much larger campus problem — and argue that creating a cohesive yet diverse environment at Lawrence is not as simple as admitting a few students who are deemed ‘diverse.’

There is a startling lack of White students at OMA events and activities sponsored by student cultural groups. There needs to be a conscious dialogue among the students about how to improve relations between different ethnic groups on campus: This is not the responsibility of the administration.