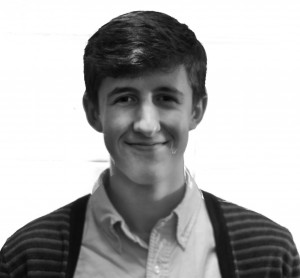 In case you did not know, some strange things have happened recently in Washington. The Republican Party’s stauncher members of Congress, led by House Speaker John Boehner, have refused to pass any budget that does not defund the Affordable Care Act, popularly known as Obamacare.

Because neither side dared to compromise, no budget was passed by Congress’s deadline, and large portions of the federal government were shut down.  Many Americans, from veterans to cancer-stricken children, have since felt the shutdown’s damaging effects.

Throughout the on-going battle, politicians and journalists have often referred to the situation as a “hostage crisis.” The metaphor illustrates the scene clearly: Republicans in Congress—the captors—are holding a gun to the head of the federal government, global economic stability and the budget, which we can easily imagine as a human hostage, and refusing to put it down until they get what they want.

This experiment in anthropomorphism is useful in examining the current situation through the lens of Stockholm Syndrome, a psychological phenomenon. The condition describes and explains why hostages develop positive feelings towards their captors, even to the point of defending them. If Republicans in Congress have taken the federal government—and, by extension, global stability—as their hostage, it could theoretically begin to exhibit the symptoms of Stockholm syndrome. The complex’s possible manifestations deserve a thorough examination:

1.  The budget could grow more receptive to drastic cuts, as a display of sympathy for Republicans’ balanced-budget fantasies. Indiscriminate and destructive sequestrations would become the norm.

2.  The budget could dutifully reflect Republican’s aggressive tactics and perspectives.  While funding for responsibly compassionate programs such as Obamacare would be terminated or diminished, funding for the Pentagon would undoubtedly remain heartily absurd.  Individualism and jingoism would take precedent over compromise and mutual empathy.

3. Budgetary hostage crises could come to be seen as forgivable legislative techniques.  Congressional Republicans would hold the federal government as hostage much more often, citing the current situation as precedent. The dread that legislative threats of federal shutdowns could become habit has most motivated Democrats’ refusal to negotiate with the hostage-takers.  The diplomatic doctrine of never negotiating with terrorists now tragically applies within the legislative and executive branches.

4.  The budget could accept the power structure under its partisan, authoritarian captors, rather than functioning as a free component of the U.S. economy.  While Abraham Lincoln, the first Republican president, spoke of government “by the people, for the people,” the ideological extremists within the current Republican Party would hold undemocratic control over the nation’s budget. The budget would be by the Republicans alone and for the Republicans alone.

Of course, the conclusions drawn from this extensive metaphor have their limitations because they are rooted in the comparison between the federal government and a cognizant being. Nevertheless, this calamitous moment in U.S. history deserves to be seen from every possible perspective, even through drastically overdrawn metaphors such as mine.

Consider that the Republican Party’s legacy is built upon the disastrous aggression of its founding fathers.  The fledgling party’s first successes include the recapturing of the Confederate states: Boehner currently emulates the Republican tradition of General Sherman far more than that of President Reagan.

The Republican Party’s intentions may be as noble as reunification of the Union, but their methods will continue to pile the economic casualties high. Just as ordinary Americans rebuilt Atlanta in the post-bellum years, so, too, will the American people find themselves curing the ills of Washington Syndrome. At least the Affordable Care Act will soften the blow.