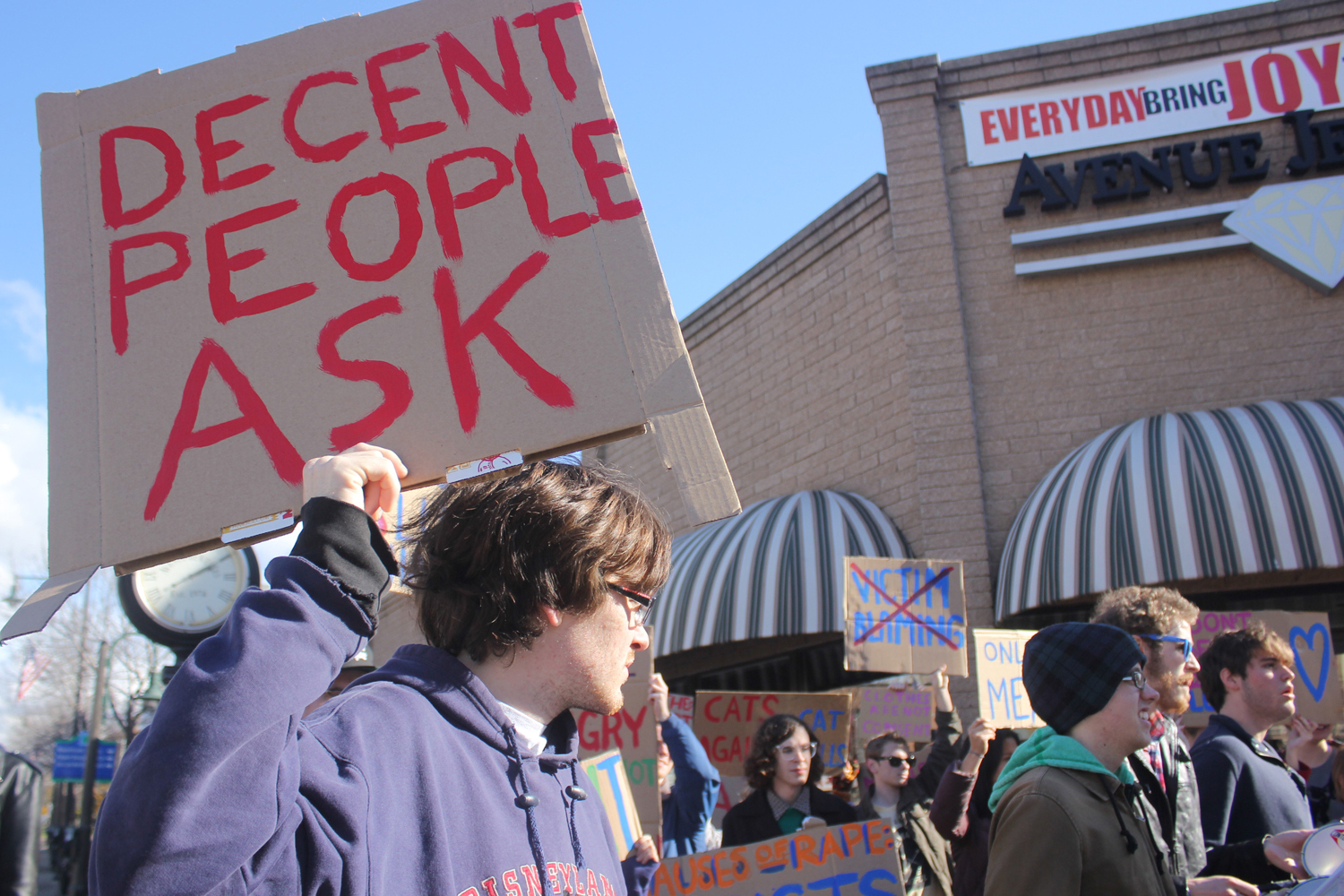 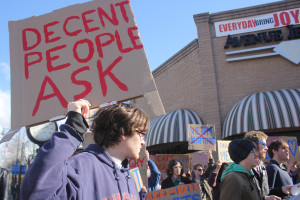 Saturday, Nov. 3 marked the beginning of Women’s Empowerment Week. The celebration, hosted by the Committee on Diversity Affairs (CODA), kicked off Saturday afternoon with “A March to End Victim Blaming.” Led by the Sambistas Brazilian drum ensemble and including students and members of the Appleton community, the march aimed to protest rape culture and victim blaming.

Freshman Henry Kouth walked in the event and held up a sign that read, “Stop Slut Shaming.”

“It was my first time participating in a peaceful protest,” began Kouth. “I wanted to help make a difference in changing people’s ideas on how we focus on victims of sexual assault. How the focus should absolutely be on the perpetrator. No clothing or altered mental state gives any excuse for someone to take advantage of another person. That’s pretty much what we were marching for.”

The use of “slut” in Kouth’s sign is reminiscent of “The Slut Walk,” an event sponsored by the Downer Feminist Council, or DFC.

Senior Stephanie Courtney, one of the coordinator’s of the week’s events, said, “Two years ago there was a Slut Walk. It is an event that we liked the idea of. After much discussion, we decided that we have enough problems with it that it would be better to make it its whole own new thing. We want to acknowledge that it comes from Slut Walk, having a similar purpose, but [the “March to End Victim Blaming”] is its own thing now.”

Similar to the “Slut Walk,” the “March to End Victim Blaming” incorporated music, in this case the styling of Sambistas.

Senior Greg Riss, who led the Sambistas, said, “The music gets everyone’s blood pumping and gets people’s attention. I hope we were able to raise awareness with this event.”

Courtney adds, “The drumming is something that we do for most all the marches that DFC does. We have Sambistas lead it because it helps a lot with the energy and it helps get attention. If you have a dozen drummers, people can’t ignore you going down the street.”

And ignore they didn’t. Members of the Appleton community appeared to have a positive response to the protesting.

“Te community has always been pretty supportive and willing to invest in the safety of the community,” Courtney said. “It seemed like there were lots of honks and positive responses from the community [for the March].”

Women’s Empowerment Week continued with a variety of events, including a Sex and Sexuality Fair and a screening of the film “Pariah,” which tells the story of a teenage girl learning to embrace her identity as a lesbian (2011). CODA also hosted a visit from feminist author Annie Laurie Gaylor, who spoke about freethinking women throughout history.

The week’s events conclude with “We Speak,” a poetry night in the Pusey Room at 8:00 p.m.

Saturday, Nov. 3 marked the beginning of Women’s Empowerment Week. The celebration, hosted by the Committee on Diversity Affairs (CODA), kicked off Saturday afternoon with “A March to End Victim Blaming.” Led by the Sambistas Brazilian drum ensemble and including students and members of the Appleton community, the march aimed to protest rape culture and…