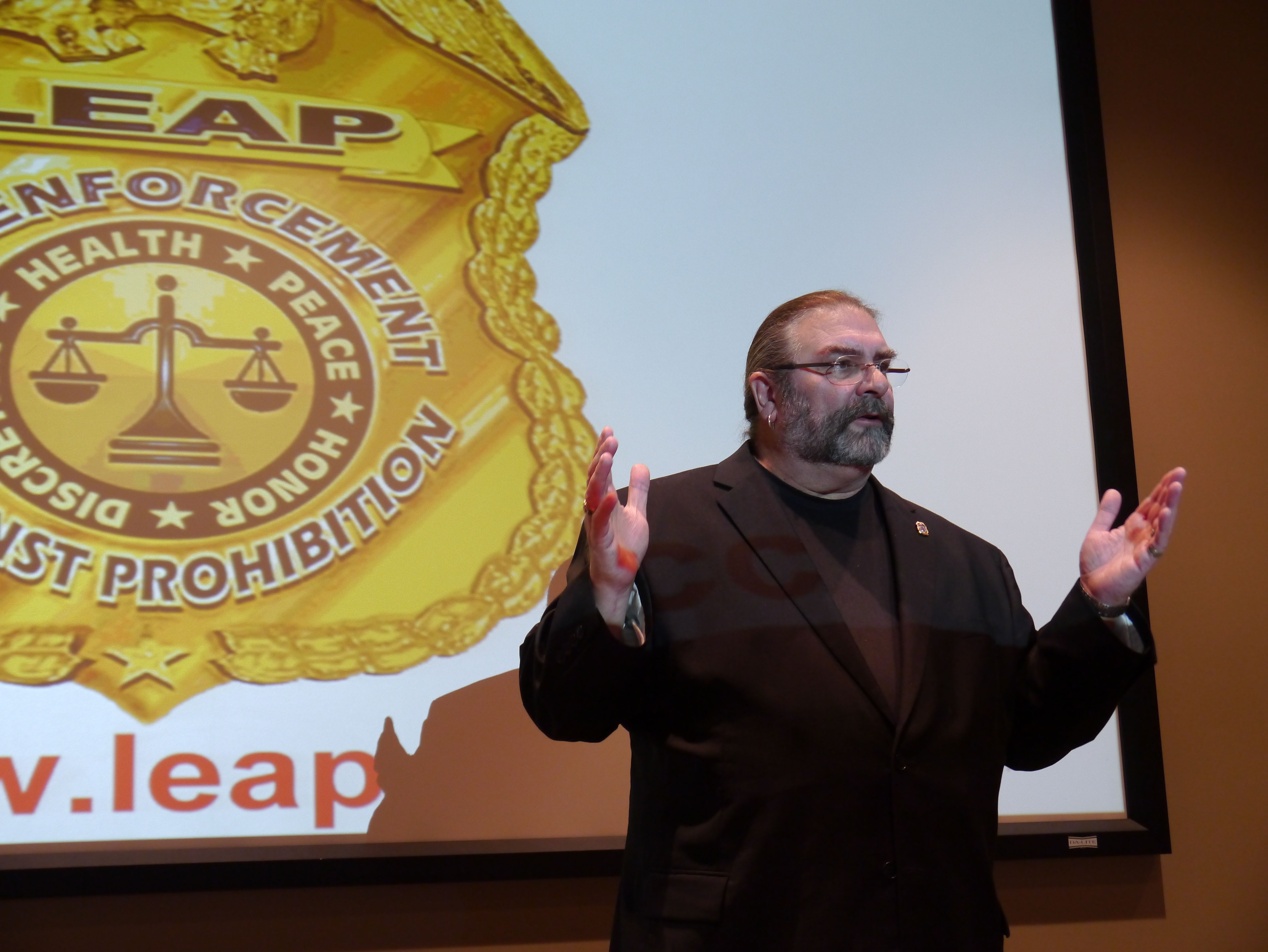 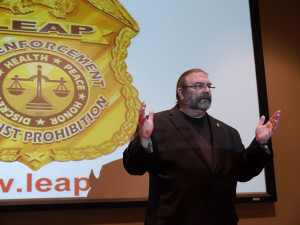 Now a beekeeper and sheep farmer, Lance Bucholz’s work in the police force is behind him. At 36, Bucholz was the youngest man ever appointed sheriff in the state of Wisconsin.

Now retired, Bucholz is part of LEAP, Law Enforcement Against Prohibition, a national organization fighting current drug policy. He came to speak at Lawrence about his experiences as a sheriff and why he supports LEAP’s cause on the evening of Thursday, Nov. 7 in the Warch Campus Center Cinema.

“There are a lot of different officers that belong to LEAP: judges, prosecutors, military police, deputies, city police officers, etc. We all decided to come together and form this organization in order to say that drug policy is not working, “said Bucholz. “This is a problem that we cannot arrest our way out of.  Someone has to say that the emperor has no clothes. “

Bucholz’s involvement in the program began on a disturbing note.

“I found one officer couldn’t find any white males from 18-60 to arrest,” began Bucholz. “All of his arrests were minorities and females. So I decided to check up on him on patrol one evening. As a sheriff, you have the right and obligation to check up on the officer and even search the officer. I noticed something unusual when I searched this particular officer. He had on a whistle lanyard. No one has had a whistle since the ‘60s. So I decided to pull his whistle lanyard out and here, low and behold, he had a little effigy of a minority person with a noose around its neck. So I instantly disarmed and fired that officer. That’s what kind of led to what was going as far as drug cases go.”

This is one of the many examples that Bucholz gave as to what encourages the war on drugs.

“If you decide to have a war on drugs, you have to have warriors,” said Bucholz. “So the police officers have become warriors.thus losing a lot of the helpful aspect of their job.”

“Lawrence doesn’t have a Good Samaritan policy,” said Lamphere. “Lawrence actually has a D on the score for nationals for our drug campus policy. We have the lowest score of all the Midwest Liberal Arts Colleges.

The Good Samaritan Policy implies that if you turn someone in who may have overdosed, you don’t get searched or into any sort of legal trouble.

“When ambulances come, cops come, too,” continued Lamphere. “It makes you not want to call the ambulance. If you are hospitalized for alcohol poisoning and your blood test reveals that you’ve also taken Molly, then there is a chance that you will get searched or your room will get searched.”

These searches can obviously lead to arrests.

“How are people supposed to support their families when they’re sitting in prison for selling a couple pounds of reefer?” asked Bucholz, “It is a tragedy. You wonder who they are and where they come from. What is really heartbreaking, I found out as sheriff, is that they are just regular people who fell through the cracks.”

“Once you are arrested for felony charges, you lose your right to vote. Almost 90% of these arrests are minorities, just for drug related crimes,” said Bucholz. “We now have two million people in prison, a 61% growth since the ‘90s, only related to drug-related crimes.”

Bucholz supports legalization because it would allow officers to focus on other investigations. “Since marijuana laws have passed in Colorado, drug gang-related crimes have significantly decreased,” he said. “As a result, law enforcement is able to focus more on domestic abuse and sexual assault cases.”

Finally, Bucholz said he just likes to “face the facts.”

“Prohibition has failed. Is it any surprise? We’ve been through this; we’ve been down this road before,” he said.