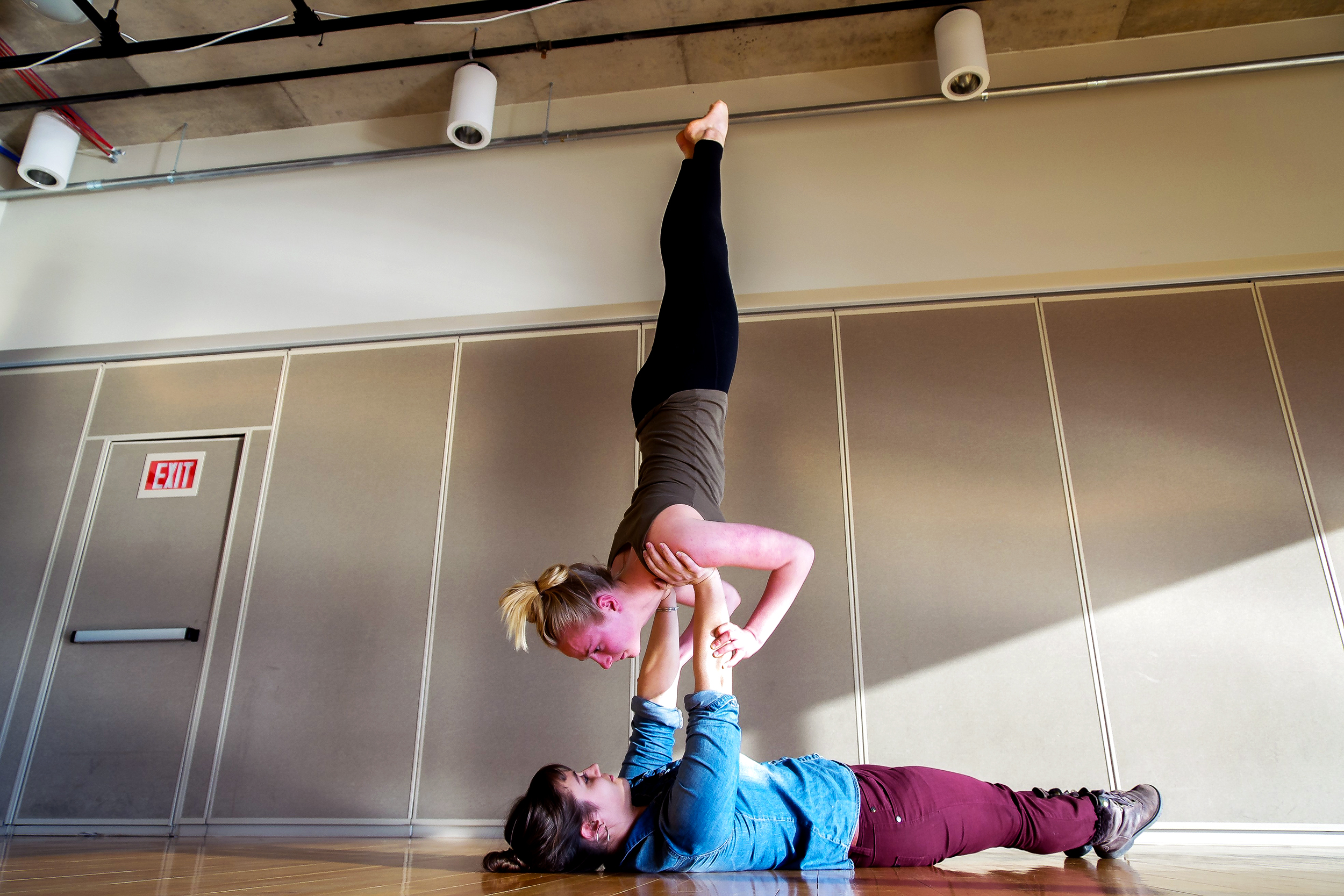 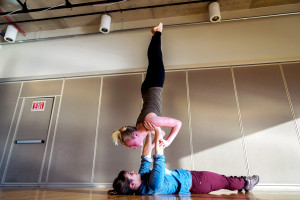 This year, the surprise factor of Cabaret 2015 will definitely be the Mongolian-inspired circus act. Put together for the first time ever at Lawrence and in Cabaret, the performance by junior Meghan Clark and freshman Rachel Wilson promises to wow the audience while connecting, through story, music and movements.

With years of experience behind them as seasoned professional performers, Wilson and Clark are no less than ambitious in their first showcase of the art of circus at Lawrence: either an aerial act, performing in the air, or a ground act with impressive hand-balancing acrobatic moves, lifts and dancing.

Both see Cabaret as a perfect opportunity to showcase the culturally diverse nature of the art of circus. Despite being heavily influenced by the Mongolian art of contortion, Wilson and Clark are hopeful to demonstrate that circus, in itself, is a very international art, and hence a perfect selection for Cabaret.

“I have never worked on a show where it has been homogenous in any way,” said Clark. “We have worked with people from Cuba, Latin America, China, Japan, Russia and all over.”

Both have dedicated a large part of their lives to circus: Wilson started training at seven, and Clark at twelve. Speaking passionately of her art, Wilson saw circus as “the accumulation of dance, theatre and music.” As such, they find a lot to learn from the diversity of circus and beyond. Sharing with us their burning passions, Wilson and Clark reflected on how circus has shaped their perspectives and life experience.

“The most remarkable thing about circus for me is that every day you go in holding someone else’s life in your hand,” said Wilson. “Or your life is held in someone else’s hands […] You have to step in, and no matter what you go through in the day, you have to leave all of that behind because you have to be responsible. The trust formed between circus performers is unlike anything I have experienced. The worst failure is letting down your partner. So you work harder to get better and to support [your partner].”

For Clark, it is the power of non-verbal communication necessary in circus that impacted her outlook on life. She shared with us an anecdote of her performance with Israeli and Jewish performers in Israel. Despite not speaking the same language, they managed to put a show together in a week and performed for a week and a half.

“That is to show how people are people; and we don’t have to hold ourselves to our national or cultural identities,” Clark reflected. “It was not only perfecting my physical conditions but also about breaking down racial, gender and ethnic boundaries. It was probably the most rewarding experience […] because I learned to work with people coming from backgrounds completely different from my own and to develop relationships with them.”

As both are familiar with working with others despite differences, they find it exciting to come together to practice, although each comes from a different circus background. To Clark, it is even more special as it is the first time she has a partner at Lawrence to perform her beloved art. After two years of training on her own as the only circus performer here, she shared the excitement of meeting Wilson.

“Circus has been such a large part of my life before coming here,” shared Clark. “It is nice to have someone to understand that lifestyle and the dedication involved. I could say something like ‘I was hanging in the air and then we did a pop turn and I landed in the arms of the other performers’ and [Wilson] would know exactly what I am talking about.”

Although the art of circus is not yet well-known in the Lawrence community, Wilson and Clark remain optimistic about its development on campus. They plan to take it one step at a time, first, being able to get the equipment and approval from Lawrence administration to do an aerial act in Cabaret, and then bringing in more equipment to train themselves. They are also thinking about the possibility of a circus community at Lawrence in the long run.

“It might be feasible here at Lawrence, since there is such a great appreciation of the arts,” said Wilson. “My friends at Yale and Stanford have been able to start circus communities on campus. Circus will definitely become more popular in colleges.”

It is impossible not to be inspired by the passion and dedication Wilson and Clark both put in their pursuits of the art of circus. As they continue preparing for Cabaret, all Lawrentians can expect to be amazed by the spectacle they have planned for us all.