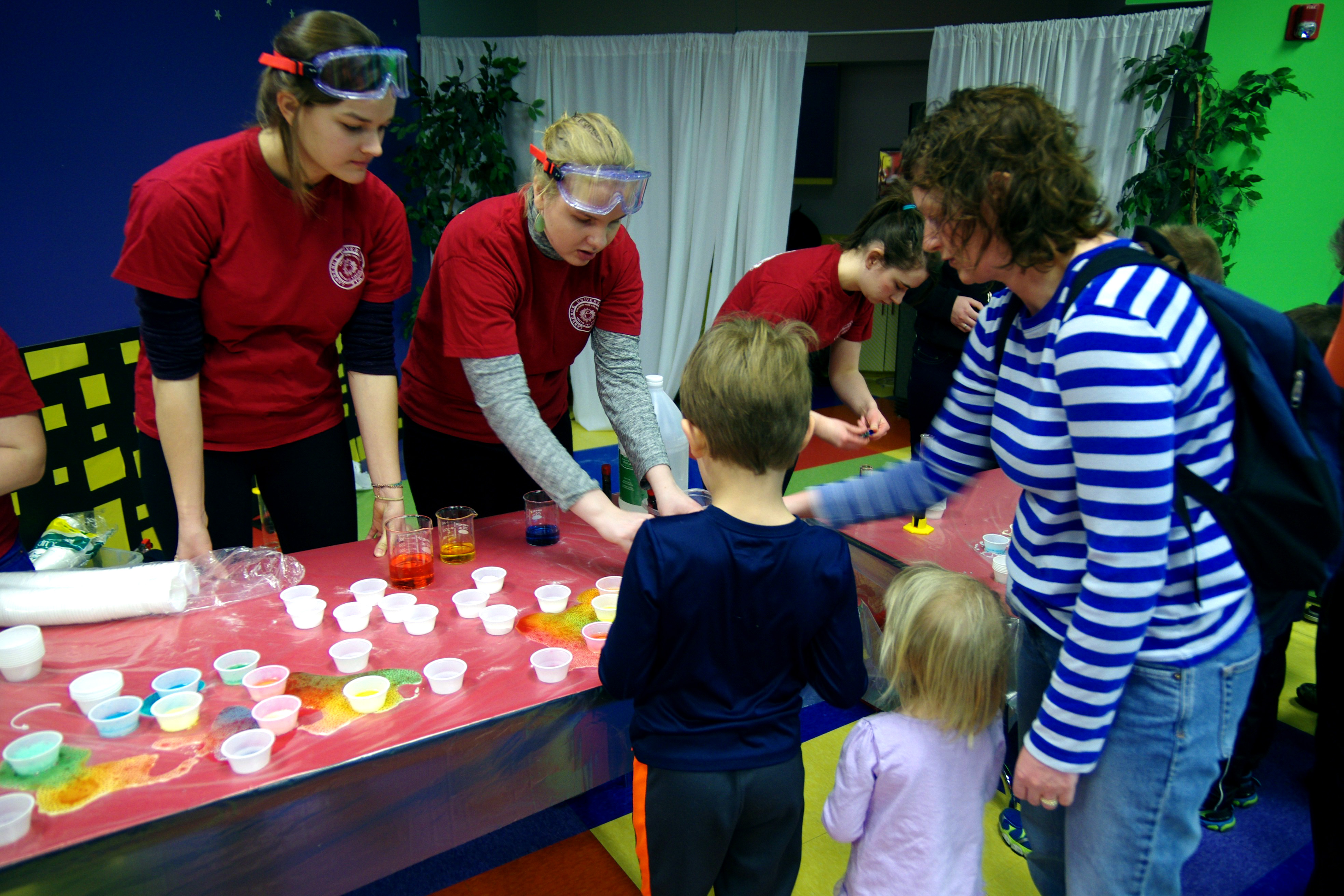 The Bomb Squad, a Lawrence University club geared towards getting children interested in science, held an event at The Building for Kids on Saturday, Feb. 28. The club works towards planning more shows and getting more Lawrentians involved.

At the Building for Kids event, club members did eight demonstrations, including a luminal reaction and changing the color of flames by burning different substances. They also helped kids make volcanoes using baking soda and vinegar.

The demonstrations are designed to be “flashy with an artistic element so that you’re visually stimulated,” said Martin. The children enjoy the flashy nature of the demonstrations, which gets them more interested in the science side of it.

Third through sixth graders are the targeted audience because “there is still an awe factor, but we can give them some explanation,” explained Thibault. Older kids tend to be less interested in demos and kids younger than 10 have a hard time comprehending the science behind it. Most of the Bomb Squad’s shows are at local schools where they can bring the science to kids in the ideal range.

Martin also sees college students as a good group to engage kids because “we’re still students and we’re seen as role models for what [kids] are doing as students.” At demonstrations, kids can ask questions of the demonstrators about what it’s like to study science and what types of careers the members are interested in pursuing after Lawrence.

The Bomb Squad is planning to share their interest in science with Lawrentians during Spring Term with a Chemistry Day. Martin explained that “in class, we’re doing high level stuff and a lot of it’s theoretical,” so interactive demonstrations can be a way to excite “the little kid that’s in all of us.” The event will occur in early Spring Term in the science hall atrium.

Anyone interested in science or working with children can reach out to the Bomb Squad via email. The club holds weekly meetings where demonstrations are experimented with to achieve the best results.

By Nalee Praseutsack The Bomb Squad, a Lawrence University club geared towards getting children interested in science, held an event at The Building for Kids on Saturday, Feb. 28. The club works towards planning more shows and getting more Lawrentians involved. “The goal of the Bomb Squad is to get kids excited about science,” said…