The art of Winston Churchill comes to the Trout Museum 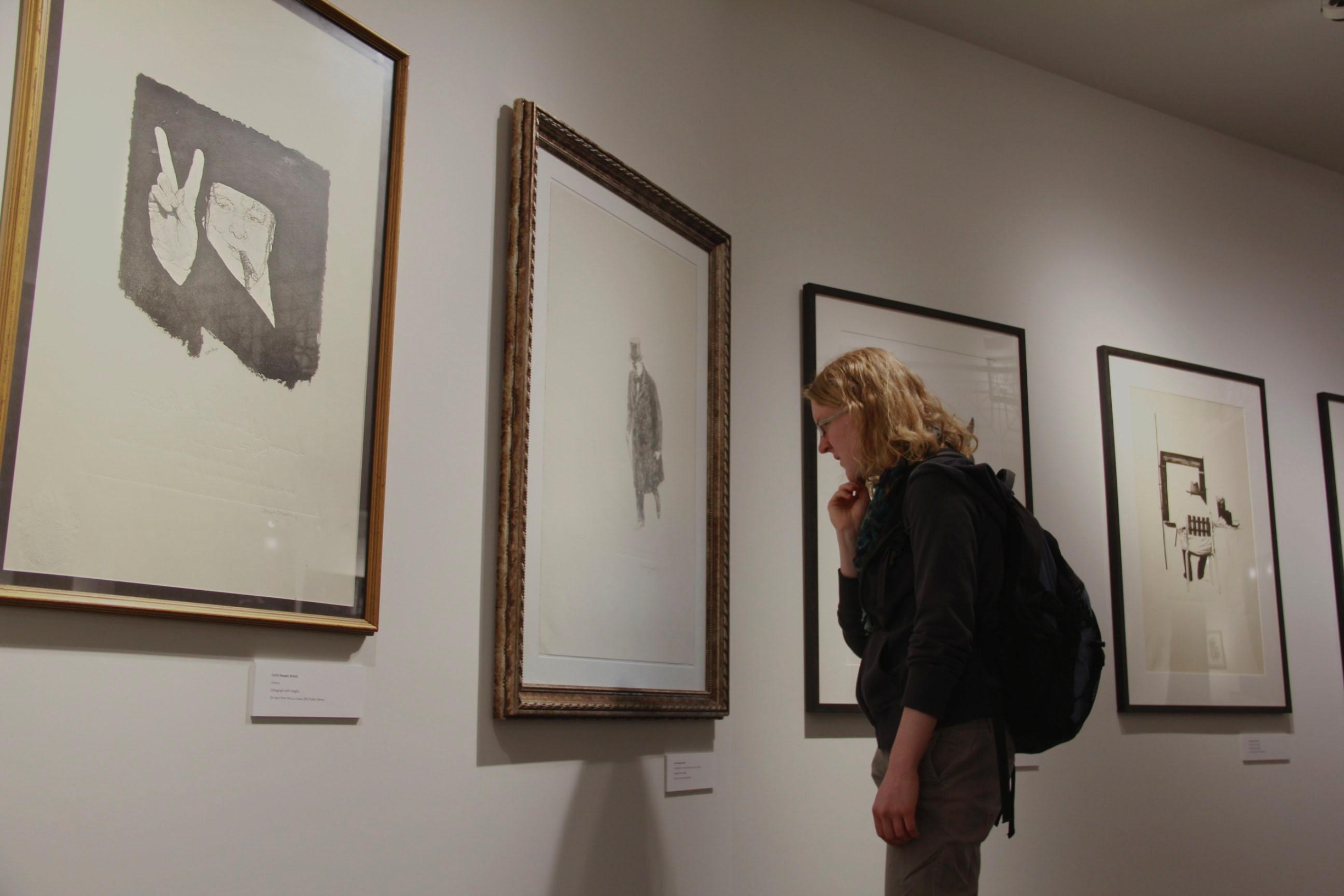 The Trout Museum of Art opened its newest exhibition April 13, titled “The Art of Sir Winston Churchill.” If you’re confused about the name, you’re not alone. I had no idea the famous prime minister did anything at all artistic. But while the exhibition does feature some of the great man’s works, it is much, much more than that.

The show is divided into two parts, and the first floor is by far the most captivating. Featuring paintings by, portraits of and works related to Churchill, there are plenty of things to see. It starts off with a sort of portrait section, featuring the most famous portrayal of Churchill by Alfred Egerton Cooper. Cooper painted many portraits of Churchill and, unlike most other artists, Churchill actually liked his work — a fact reinforced by the display of sketches and drafts for a portrait by Graham Sutherland, which Churchill despised so much he had destroyed.

Other portrait works include a few by Churchill’s granddaughter, Edwina Sandys. Sandys, an artist by trade, provides a unique look at the Prime Minister through her simultaneously personal and professional perspective. Her works feature the bright colors typical of her art and portray her grandfather in a tender light. One depicts him seated in the garden immersed in his favorite activity, painting; another shows him only in a painting within a painting of his study, surrounded by strategically placed titles from his personal library and his favorite cigars — a personality portrait.

But the highlight of the show lies in the three paintings by Churchill himself. So well-known for his political career, it’s easy to forget that Churchill was really quite the renaissance man, an accomplished writer as well as an artist. He took up oil painting around the age of 40 and became quite devoted, painting over 500 paintings before his death. For him, art was a pastime, a release, a way to escape his trials and stress. These duties are visible in the most fascinating of his paintings at the show: “The Beach at Walmer.” In it, a black cannon dominates the right side of the painting while bathers frolic on the beach on the left — Churchill, the cannon, stands guard while Britain plays.

If you manage to tear yourself away from the first floor, the Trout’s second floor expands on the theme of pastime painting and features works by Fox Valley veterans of WWII and the Korean War. While not quite as intriguing as the history-laden works below, the second floor provides a nice balance and continues the theme of art as an escape and release.

Overall, the show is a fascinating blend of art and history, one that works perfectly so that each aspect enhances the other. It’s like a great art show with an extra dose of history lesson, so you can appreciate and learn at the same time.

So, what are you waiting for? Take a break and walk the couple blocks down College Ave. The exhibition will be open until July 29. Admission is $6 for adults, $4 students and the show is worth every penny.