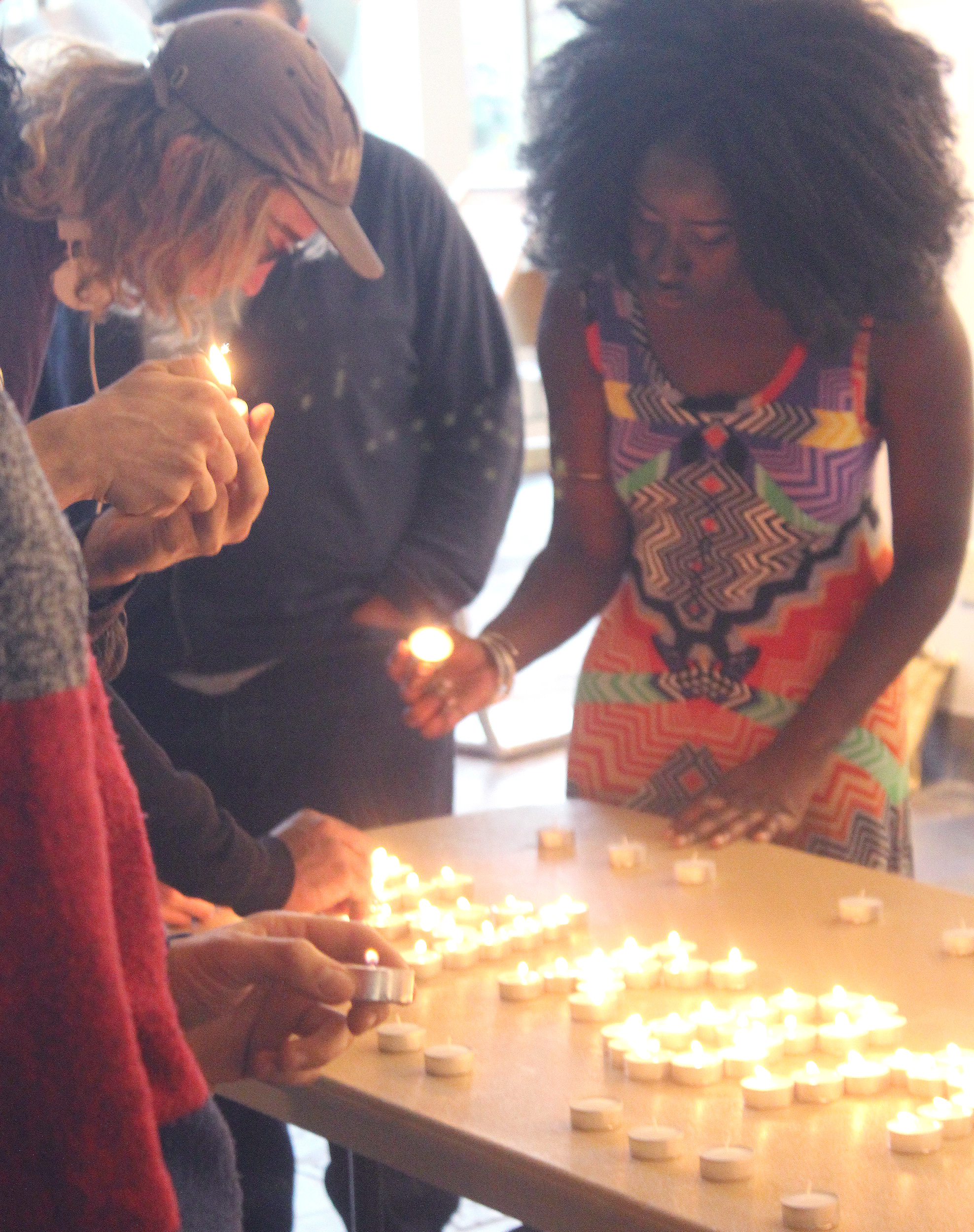 May 11 marked the beginning of Lawrence’s first Israeli Apartheid Week, led by Students for Justice in Palestine (SJP).

SJP Co-president and junior Razan Anabtawi deemed one of the goals of the week-long event was to “establish SJP as a resource on campus.”

Israeli Apartheid Week included a variety of events that presented various opinions: detriments of normalizing the occupation, the power of the attention of the West, the complexity of the issue and the parallels between global struggles.

“[In these events,] we brought half of the information, and hoped that the participants would come with the other half of their information, questions and discussion,” said SJP Secretary and junior Jake Valente.

Event participants and attendees generally felt that these goals were met.

Freshman Juliana Olsen-Valdez stated, “I have learned how important the respect of humanity is. A lot of the time, the conflict boils down to what seems to be a political conflict, but it is really a question of humanity and moral responsibility.”

On Wednesday, May 13, SJP hosted a discussion on Gaza and Ferguson in Sankofa House as part of the recurring event series “Sankofa Conversations.” This discussion particularly struck students. Set on a theme of how the oppressors work together and how the oppressed work together, this event drew parallels between different occupation movements.

“It is important to build solidarity; our experiences intersect in many ways,” began sophomore Guilberly Louissaint, who attended the events. “My Haitian identity is one that has been marked by imperialism. So it is not about being pro-Israel or pro-Palestine, it is about being anti-imperialist and anti-occupation. That is the side that people need to be on.”

Throughout the week, some events were met with student criticism. Thursday’s event “Cultural Intifada: voices from within,” was open to student, faculty and staff participation. Junior Zach Ben-Amots read an essay during the event in defense of Israel.

Student reactions allowed for members of SJP to learn more about their status on campus.

“I think what matters is that most of the people who engage in SJP are engaging positively and try to learn to support the cause,” continued Nassar. “But I do think we are misunderstood by parts of the community.”

Students who participated in the week’s events expressed similar sentiments regarding the misconceptions of SJP within the Lawrence community.

“A lot of people have an idea of what SJP is, and if we can get past that, then SJP will be able to fit in better,” said Olsen-Valdez.

“I think this [organization] definitely has a place on the Lawrence campus,” said senior Romelle Loiseau. “When you make people feel uncomfortable that is when the most learning can happen.”

“Lawrence is usually stuck in the domestic space, but we need to broaden our horizons,” added Louissaint. “SJP raises awareness toward a good cause.”

SJP student leaders believe that the organization is an outlet for positive discussion, learning and activism. Nassar also stressed that members are not in unanimous agreement.

“While we don’t agree on so many different political topics within the Palestine question, that doesn’t mean we can’t work together, because there’s an underlying basis of agreement that will never change and allows us to work together,” added Anabtawi.

SJP also highlights continuous efforts to challenge themselves and extend their discussion to wider topics.

“It is easy to call on one’s own experiences, but it is important to engage with facts and with ideas,” said Nassar. “But when we are met with feelings [as a rebuttal], that is unproductive to the conversation.”

“We hope to instigate conversation that is not unique to the Palestinian community,” added Valente. ”We hope that people will think about how our own country is portrayed.”

Despite struggles that may have arisen, SJP is satisfied with the outcome of the week.

“We feel stronger; we feel like we have a community of solidarity and that we belong,” concluded Anabtawi.

“We encourage the community to engage in trying to understand different voices of the region and look more into local communities,” concluded Nassar.

May 11 marked the beginning of Lawrence’s first Israeli Apartheid Week, led by Students for Justice in Palestine (SJP). SJP Co-president and junior Razan Anabtawi deemed one of the goals of the week-long event was to “establish SJP as a resource on campus.” Israeli Apartheid Week included a variety of events that presented various opinions:…