LU-aroo a success despite weather and cancellation 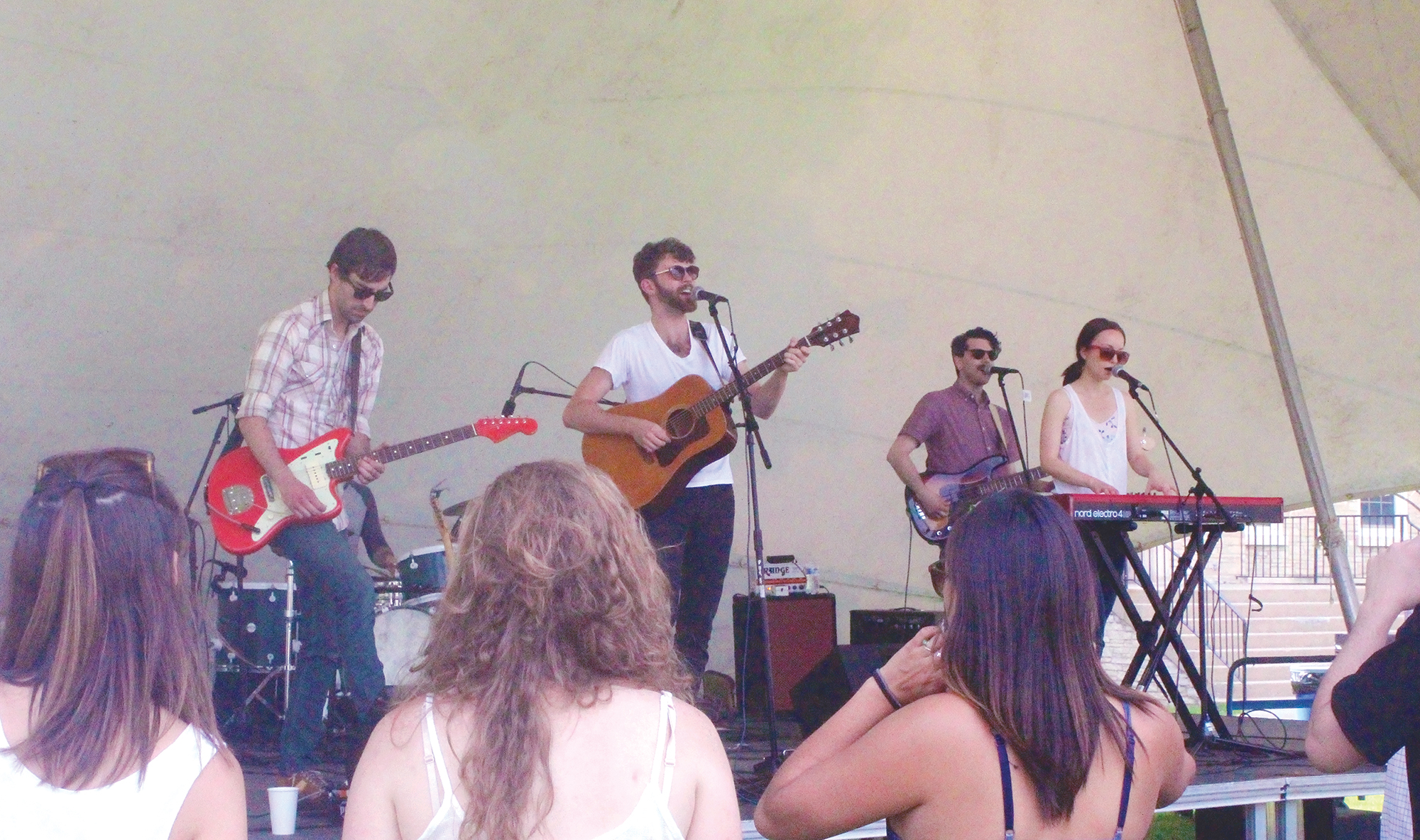 On Memorial Day weekend, the eighth annual LU-aroo filled the Lawrence campus with live music. The two-day long music event took place on the grassy Quad on Saturday, May 23, but due to inclement weather, the festivities were moved inside the Warch Campus Center on Sunday. LU-aroo gave students a chance to soak up Saturday’s sun, attend live concerts and relax a bit near the end of Spring Term.

Several Lawrence groups performed throughout the course of the weekend in addition to off-campus bands. The LU-aroo planning committee began working on the event during Fall Term of this year. “We all had ideas for who we wanted to bring, and Alex [Babbitt] and I took care of working with bands and their agents leading up to the festival,” said LU-aroo Co-president and sophomore Ridley Tankersley. Co-president and senior Alex Babbitt said of the selection, “I’d say that the variety of bands has increased, along with the number of off-campus bands being contracted.”

LU-aroo kicked off at noon on Saturday, and the first day’s lineup included artists SNORT, Jon Bayley, John Mark Nelson and headliner Kool A.D. In addition to enjoying these groups, Lawrence students could spend the day outside on the Quad and listen to music played by their fellow students. The day’s festivities officially ended at 11 p.m., but several on-campus houses hosted after-parties, and the revelry lasted long into the night.

tea to benefit victims of the recent Nepal earthquakes.

The second day of the festival was also scheduled to start at noon on the Quad, but Sunday’s rainy weather forced the show to relocate to the Esch-Hurvis Room inside the Warch Campus Center. Both campus bands and off-campus bands, including The Fatty Acids and Capitol Swizzle Credit, filled Sunday’s lineup. Further complications arose when Sunday’s headliner, Dan Deacon, cancelled due to personal health reasons. According to Babbit, Deacon’s manager described Deacon as “frayed thin, sick, losing his voice, and generally road-weary and falling apart.” Kitty, who was originally scheduled to perform at 8:30 p.m., instead played at 10 p.m. as a result of the cancellation. However, Kitty was unable to finish her music set due to personal difficulties.

In spite of the bad weather and artist cancellation, the event’s organizers expressed happiness with the way that this year’s festival turned out. Tankersley voiced his happiness that the show went on, saying, “I’m very happy that students were excited and involved this year, despite the last-minute setbacks.” Babbitt noted that even with these setbacks, this year’s event incorporated more music in total than in the past. “I think this was overall one of the better LU-aroos, because we had two full days instead of the usual 1.5 days,” stated Babbit. Babbitt also noted that Lawrence Safety played an important role in helping the events go smoothly and communicated his gratitude towards their involvement.

Students generally seemed pleased with the event. “Lots of people have thanked us for putting on a great weekend,” added Tankersley. Whiteman attended the events and noted that, “People really seemed to enjoy themselves, especially during the nice weather on Saturday. I think LU-aroo is the best event Lawrence does.”