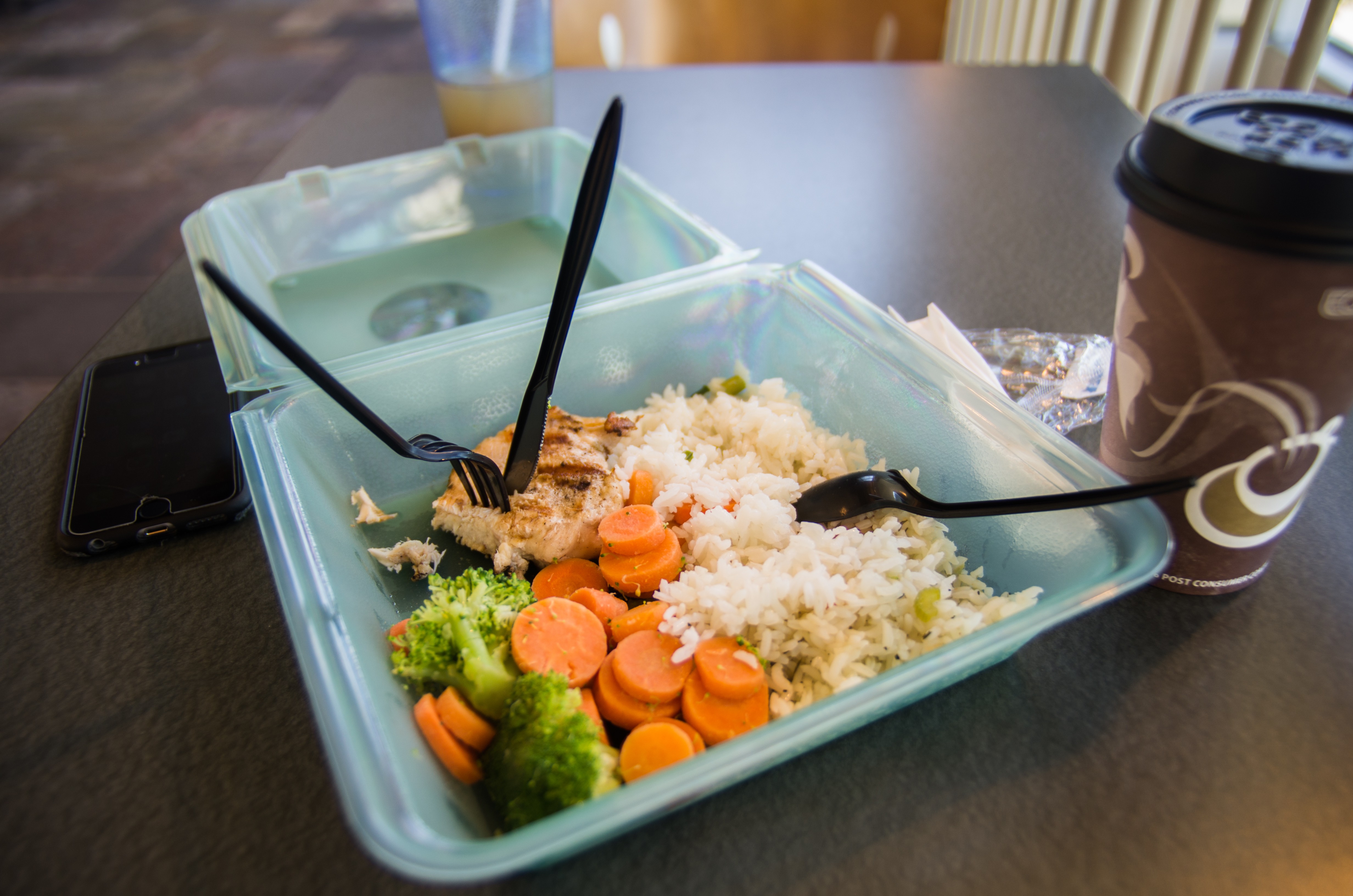 Over 40 students, along with members of faculty and staff, attended the Lawrence University Community Council (LUCC) General Council meeting last Monday, Sept. 21. They were there to voice concern over changes to the Bon Appétit meal plan policies and pricing of food that occurred over the summer.

When the floor was opened for community concerns, Seniors Tahnee Marquardt, Michelle Ning and Mackenzie Nolan presented the issues that had arisen because of the changes to Bon Appétit and Warch Campus Center food policies. Junior Joe Krivit, who also helped compile information for presentation before LUCC, was not present.

Marquardt, Ning and Nolan opened by presenting members of LUCC with a petition they had been presenting to students in the Andrew Commons dining area since Saturday night. “So far we have gathered around 700 plus signatures, which underlines that the following concerns are representative of the majority of the student body,” said Ning.

Ning emphasized that she and her fellow students were not raising these concerns in order to start conflict with Bon Appétit, but in attempt to better work together. The increase in prices was the primary concern Ning raised, citing the 150 dollar increase in meal plan cost that occurred since last year, and examples of food items in Kaplan’s Café and Kate’s Corner Store that had risen in price.

Concern was also raised over new policies about the clamshell containers that students can purchase in order to take food out of Andrew Commons. In previous years, it had been possible to leave the commons with a plate of food or a mug of coffee, even a slice of pizza held in hand. Now, in order to leave the dining area with food, a customer must either use a clamshell container, the cost of which is independent of any food eaten inside of the commons—if one wishes to eat a meal and use a clamshell container to take out food, one must pay for two meals—or limit their food-in-tow to either a single piece of hand fruit, a single cone of ice cream, or a single dessert cookie or bar, accompanied by no dishes or silverware.

Marquardt, Ning and Nolan pointed out various reasons this system limits students’ ability to eat a full three meals a day, citing primarily limits imposed by the meal plan options. To demonstrate, Ning divided the all culinary cash meal plan by the number of days in a term. “ … the all culinary cash [meal plan] … is around $1,114, divided by the 73 days we are here; the 70 days we are here studying and the 3 days for finals, we average at being able to spend around $15.30 a day. And while that may seems to be quite an amount of money off campus,” said Ning, the price of items in the café and the corner store significantly limit student’s ability to get all the food they need.

Julie Severance, Bon Appétit General Manager at Lawrence, responded that Lawrence sets these prices and meal plan options. Warch Campus Center Director Greg Griffin explained “Lawrence’s finance department sets a rate for board … this year, of your $1600 [for board], $508 goes to Lawrence University, [not to] Bon Appétit.” Griffin went on to explain that Bon Appétit can only charge Lawrence a “2.1 percent increase” in cost based on inflation in the cost of food in the United States.

Ning and Marquardt both expressed that they were happy that representatives from Bon Appétit were present at the meeting to answer their questions, although Marquardt was disappointed in some of the answers they received. “We expected, of course, that no immediate solution would be reached. On the other hand, we also did not get many clear answers to our direct questions from the side of Lawrence and Bon Appétit, which is less than we had hoped for,” stated Marquardt. “I want future freshmen to come here and love this university as much as I do. I do not want them to worry about food or similar things that we are fortunate enough to call fundamental living standards in our society.”

Severance encouraged students to use comment cards to communicate directly with Bon Appétit, and stated that she is “committed to further open dialogue.” “We will continue to discuss the container policy at Student Welfare Committee and will hopefully come up with a policy that everyone can champion,” she concluded.