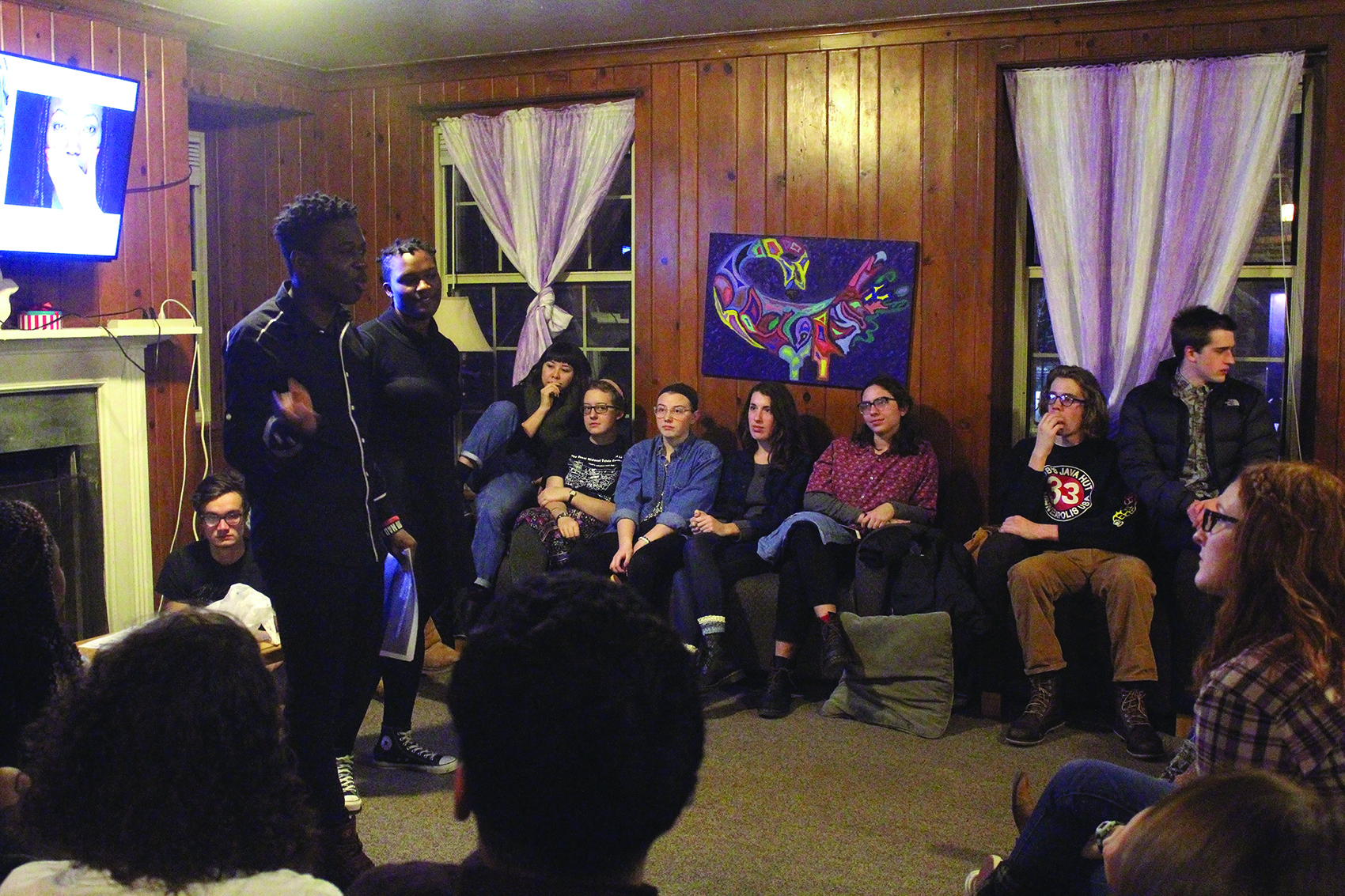 On Wednesday, Jan. 27, Sankofa House held an open conversation that revolved around respectability politics. A PowerPoint slide neatly summarized the gist of the topic: do not be angry, do not show emotions, get a degree and look put together. The hosts, sophomore Sabrina Conteh and junior Guilberry Louissaint, aimed to highlight the problems with this kind of uniformity and subtle racism.

“Sankofa conversations discuss a variety of issues that are relevant to the world, especially since social justice is a hot topic these days,” began Conteh. “Make sure you put in there that I rolled my eyes,” she added.

Conteh continued to describe the relevance of respectability politics on campus, using protesting as an example.

“Silencing is very popular in a world where people can’t be outwardly racist so they express their racism in subtle ways and basically, that’s what respectability politics is,” continued Conteh.

During the talk, Conteh and Louissaint played Jidenna Mobisson’s “Classic Man” music video, which ignited a variety of responses among participants.

“[The video] shows that black men have no chance to be seen as innocent,” said freshman Morgan Shapiro.

The event itself had a large turnout, which did not surprise either Conteh or Louissaint.

“A lot of people come to Sankofa conversations because [that] is where you go to find the language. Now [that students] have the language to articulate what they mean, they are able to be very conscious of how they come across when it comes to responses of resistance and challenging oppressive ideologies,” said Louissaint.

With this, an obvious burden falls on Sankofa House as well as Lawrence University Community Council’s Committee on Diversity Affairs (CODA),  the two sponsors of the conversations.

“Providing spaces for discussions is part of CODA’s goal. So Sankofa conversations are a lot about education,” said Conteh.

“I mean someone has to do it. I think a lot of this campus has some f—-d up ideologies,” said Louissaint. “I think that yes, it is a taxing job, but someone has to do it. Otherwise, people won’t feel safe on campus since language can also make people feel unsafe. So it is important to give [students] the words to actually speak back to their oppressors,” Louissant said.

Both hosts agree that a common way respectability politics is manifested on campus is through tone policing.

“Tone policing is just another way of recreating oppression and we don’t have time for that,” concluded Louissaint.

Generally, the goal of Sankofa conversations is to keep people thinking.

“Often, people leave with a lot of questions. And hopefully, they find answers, but the fact that they are asking those questions means that we have made some progress,” concluded Conteh.