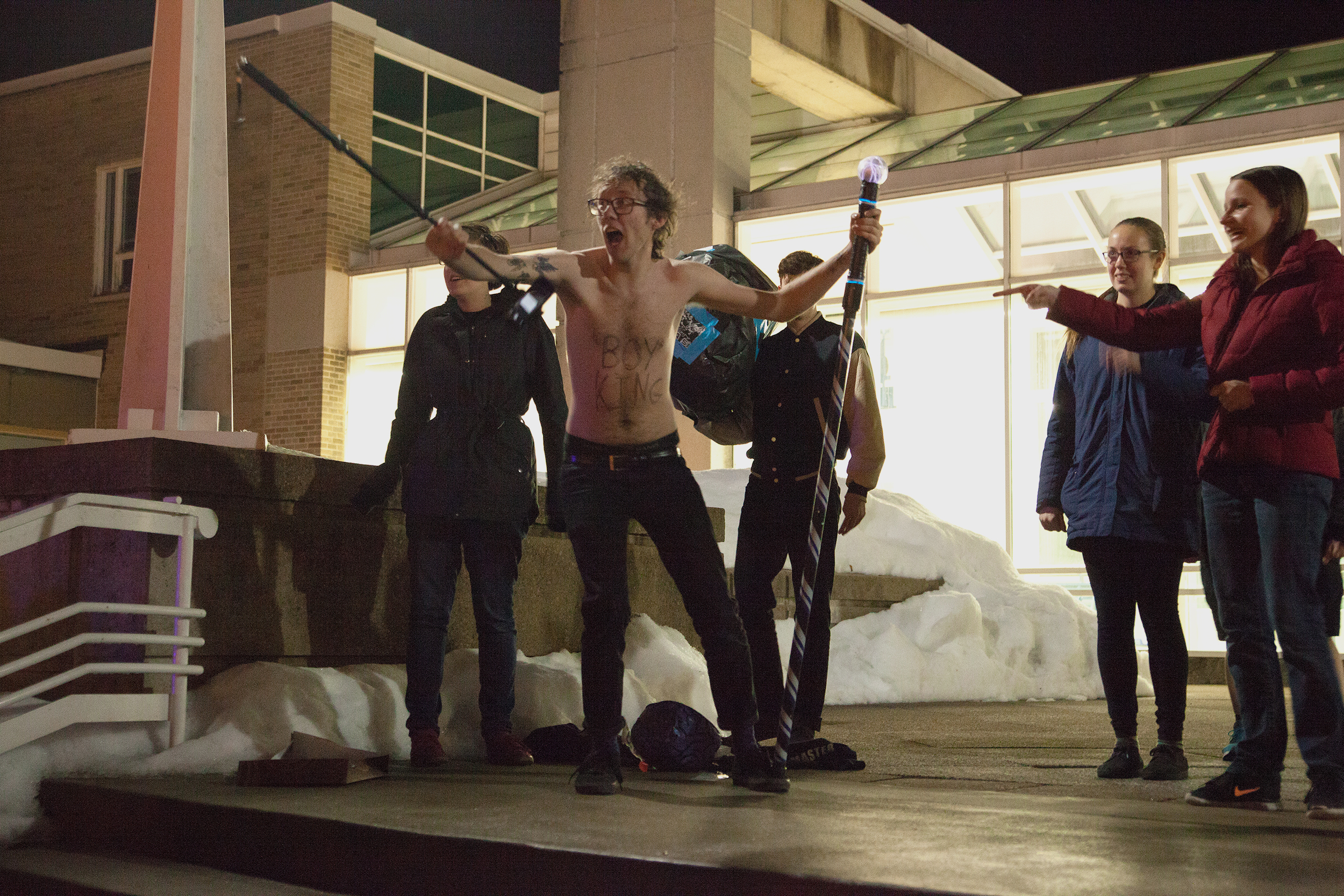 Over the weekend of Jan. 29-31, Lawrence University’s 51st Great Midwest Trivia Contest celebrated the inane and brought 18 on-campus and 86 off-campus teams together in competition.

“We ask over 400 questions, challenge 80-some teams to action questions, spend a lot of time on-air playing insane music and don’t sleep nearly as much as we really ought to,” said senior and Grand Master Jonathan Hanrahan.

Questions are organized into separate hours, such as “fandom hour” or “math hour.” Participants are allowed to use any resource available to them—computers, smartphones, etc.—and so, the challenge for the trivia masters is to write questions that cannot be answered off the top of anyone’s head or through a simple search.

Super senior Hallie Hillerman, who played on the Kohler Hall team, described one of the most challenging questions she encountered: “In 1964, a band pretended to play Beatles’ songs at a battle of the bands contest called The Letterman Show. What is written in the top right corner of a page that features the band in a KWSS DJ’s copy of the lead singer’s 1965 yearbook?”

Known as a “Super Garruda,” a question of this sort is typically the most difficult to answer but also worth the most points. Hillerman expressed shock that a team got the correct answer. One member of her team even tweeted at the disc jockey to see if he would respond.

“The trivia masters ourselves are not that good at playing trivia,” joked Hanrahan. “Whenever someone gets points for a question that we thought would be impossible, we shake our heads in awe—and then move on to the next question because we literally have hundreds to get through,” he said.

The team with the most points after the 50-hour period is declared the winner. This year’s winning team, David and the Bucky’s, formed when several current students merged with a group of alumni who previously participated under the team name David and the Bells. Senior Kyle Stalsberg, one of the leaders of the winning team, credits his team’s success to the number of people working as a collective group.

This year, a rare cheating incident occured: a single alumnus from off-campus team 157 was in the same room as David and the Bucky’s, which was leading its division for nearly the entire contest. Team 157 was ostensibly a one-person team, but was also one of the top scorers in the off-campus division.

Upon visiting David and the Bucky’s, senior and trivia master Alex Damisch found that the rumors were true. Due to the deception of claiming to be a separate off-campus team, and for leeching answers off of an enormous and successful team that had legitimately worked to get their points, team 157’s scores were zeroed. “It is an unfortunate incident, but luckily, it is rare. Trivia may be just for fun, but it should be fair,” said Damisch.

Stalsberg expressed frustration with the incident that put his team’s success in jeopardy, but was proud of how his team handled the difficult situation. He echoed Damisch’s statement, saying that, “While trivia is fun, people have to abide by the rules.”

“This year, the events surrounding trivia were almost as unusual as the questions themselves,” added Damisch. “We came up with some innovative action questions, we had some fun theme hours and most importantly, all trivia masters lived to tell the tale. The tradition lives on, and it’s in good hands.” 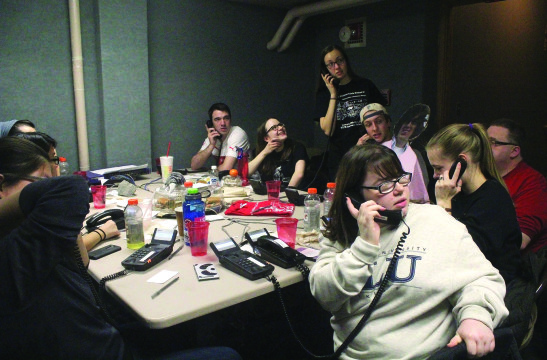 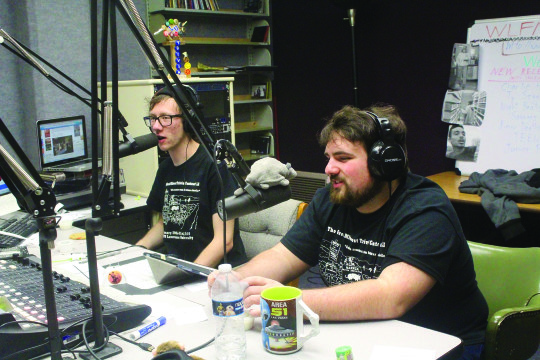 Over the weekend of Jan. 29-31, Lawrence University’s 51st Great Midwest Trivia Contest celebrated the inane and brought 18 on-campus and 86 off-campus teams together in competition. “We ask over 400 questions, challenge 80-some teams to action questions, spend a lot of time on-air playing insane music and don’t sleep nearly as much as we…