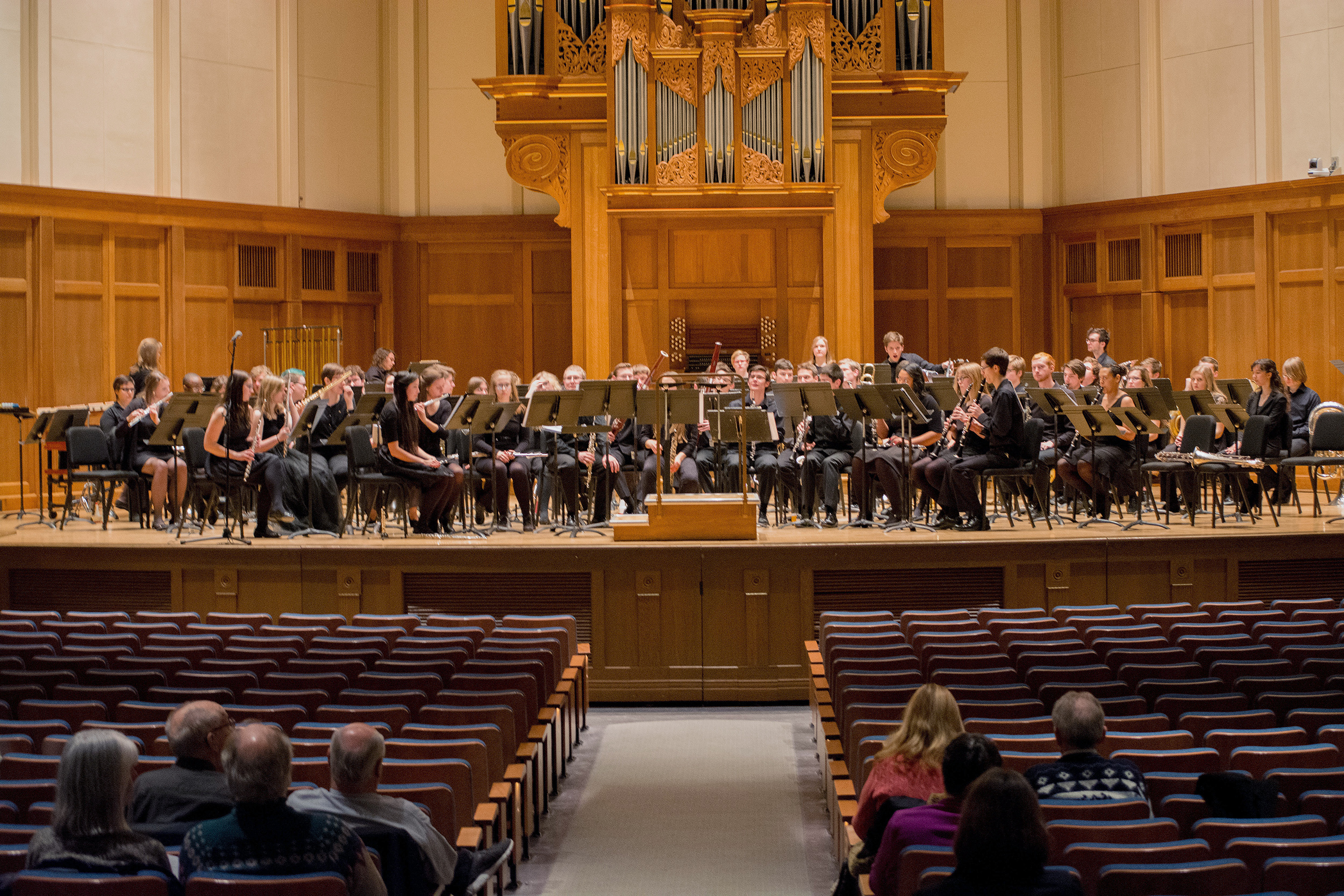 On Friday, Feb. 5 at 8 p.m. in the Lawrence Memorial Chapel, the Lawrence University Symphonic Band displayed their talents in their concert titled “Fiesta!” Conducted by Associate Professor of Music Education and Associate Director of Bands Matthew Ramón Arau ’97, the band performed several pieces that contained a wide array of musical ideas, all falling somewhere within the realm of the extravagant jubilance that one would expect from a fiesta.

The first piece, “The Florentiner Italian Grand March” by Julius Fučík, began with brilliant trumpet fanfare and proceeded to a boisterous, carnival-esque theme featuring all instruments at once. The group displayed a nice synergy in this piece, particularly with dynamics and through some passages with difficult runs. Nowadays, most of the music one hears is very heavy, drenched with dark, brooding themes that have a tangible intensity. However, this piece’s pleasant and carefree melody spoke of an innocent time, an age long forgotten. It reminded one that simple, lively tunes can be a welcome change from the usual serious, ponderous pieces that have become staples of many concert programs.

The second piece performed was “Pacem—A Hymn for Peace” by Robert Spittal, an amiable tune that the band played with a present, firm sound that rose high into the chapel. This piece also included crescendos of multiple lines into an ultimate climax, and at its end, the entire ensemble breathed together for a satisfactory conclusion.

The next piece, “Foolish Fire” by Greg Simon, allowed the band to showcase its technical prowess with startling fast passages and abrupt high notes. The suspense and mystery created by the band’s sound made one feel as though one was listening to the soundtrack of a spy thriller or another typical action movie. The piece’s disparate melodic lines finally converged into the sounds of manufactured chaos, which seemed to be restrained only by the steady beating of Arau’s baton.

The last piece on the program served as the namesake for the concert: “La Fiesta Mexicana” by H. Owen Reed. This piece was comprised of three movements: Prelude and Aztec Dance, Mass, and Carnival, all of which served to represent different aspects of a real fiesta. With collaboration from members of the Lawrence University Wind Ensemble on various instruments and Instructor of Harp Leila Pertl on harp, the band effectively communicated the various emotions portrayed by the different movements: the Prelude and Aztec Dance movement felt mighty and ancient with its blazing chorus; the Mass movement sounded both ominous and celebratory with its continual tolling bells; and the Carnival movement topped it all off with its lively, happy motifs.

Overall, the symphonic band proved its capability of performing a versatile range of styles through its various pieces. For those interested in hearing some more band music, the next symphonic band and wind ensemble concert will be on Friday, March 11 at 8 p.m. 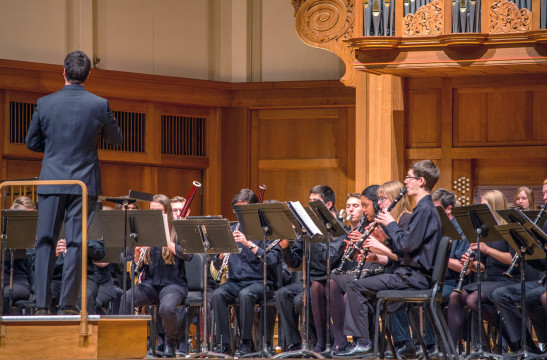 The Lawrence University Symphonic Band performed a diverse set of pieces in their concert titled “Fiesta!” on Friday, Feb 5.
Photos by Veronica Bella

On Friday, Feb. 5 at 8 p.m. in the Lawrence Memorial Chapel, the Lawrence University Symphonic Band displayed their talents in their concert titled “Fiesta!” Conducted by Associate Professor of Music Education and Associate Director of Bands Matthew Ramón Arau ’97, the band performed several pieces that contained a wide array of musical ideas, all…