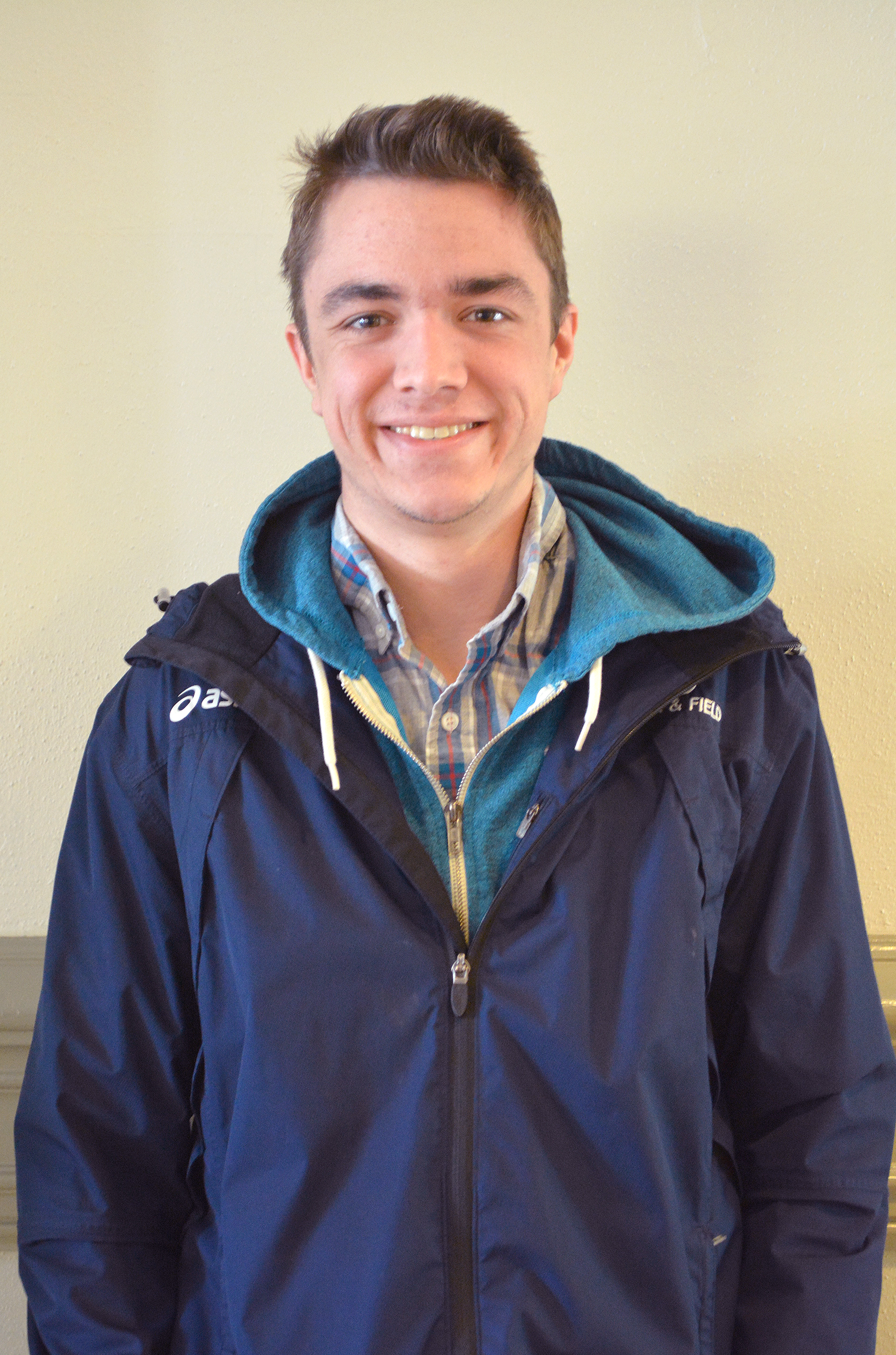 This week, I caught up with junior Max Edwards of the Lawrence University Men’s Track and Field team. Edwards recently ran to a fourth place finish in the 5,000 meter race at the Warren Bowlus open at University of Wisconsin-Stout, and was featured last week in the student-athlete spotlight on the Midwest Conference website.

Gabe Chapman: How is the indoor track season treating you?

Max Edwards: The indoor season is always surprisingly short, and the fact that by the time this [article] publishes, we are already less than a week from conference is pretty startling. You never really realize how short it is until you’re in the middle of it. From that, I think the meets I’ve competed in have gone reasonably well, and I’m looking to use this next week to really rest and prepare for another conference championship—which will be my second time at a conference meet at Lawrence. It’s always difficult training outdoors in the Midwest in the winter, but the season has been good and if I’m able to continue on the trajectory I’ve put myself on, I’m optimistic for a good performance at conference.

GC: Do you think the season is too short for your trajectory?

ME: A big reason for the season feeling short for me is that I’ve taken a very conservative approach in the offseason as far as ramping up my fitness level, so I’ve actually come into the season with a lot of fitness that I need to gain. So, that time spent in season is really building up until conference, and it’s a very short and intense period of ramping up. From that perspective I think it’s a good length, because my training relies heavily on effective timing of my workouts and giving my body enough recovery time. If the season were any longer, it’s possible that I would need to modify my approach and have a more drawn out period of getting into top shape during the season. But I think the indoor season length is good as it is, especially with the grueling conditions and training that we face each day. I think it’s nice to be finished in March.

GC: What has your progression as a runner been like from your strong start your first year at Lawrence up until now?

ME: My progression has been pretty interesting. I’ve essentially adopted the philosophy over the past couple of years that less is more when it comes to my training. I’ve found out that I can perform at a higher level on less training than I’ve ever done before. A lot of the time people think that more training, more miles and more weightlifting will make me faster. But I actually worked closely with Coach Fast to create a modified approach that really took into account my recovery time and energy levels to determine the hard workouts I would do, and having a more focused approach to the times when I choose to run all-out has kept me healthier—physically and mentally—and kept me having a higher energy level overall and happier in general. I’ve found that the point at which I can train and feel good is lower than I ever thought it was, so I’m working now to maximize my performance in meets under the constraints of making sure I have enough time to recover. I’m fortunate to be performing at the level I’m at right now, and that’s all by design.

GC: Who do you consider to be leaders on the team, and do you think of yourself to be part of that group?

ME: I do consider myself to be part of that group, and I think one thing I love about being on a distance team is that it is relatively small, such that every single guy has an impact, and if they’re gone, the tone of the team changes. Right now we have someone abroad and the team has a different vibe, which isn’t necessarily good or bad, but it really goes to show that we all bring an aspect of leadership. Sometimes that aspect isn’t as traditional as what people usually think of, but everybody brings something to the team that helps it become a more cohesive and supportive unit. That all goes to meeting our goal of getting better each year.

This week, I caught up with junior Max Edwards of the Lawrence University Men’s Track and Field team. Edwards recently ran to a fourth place finish in the 5,000 meter race at the Warren Bowlus open at University of Wisconsin-Stout, and was featured last week in the student-athlete spotlight on the Midwest Conference website.  …