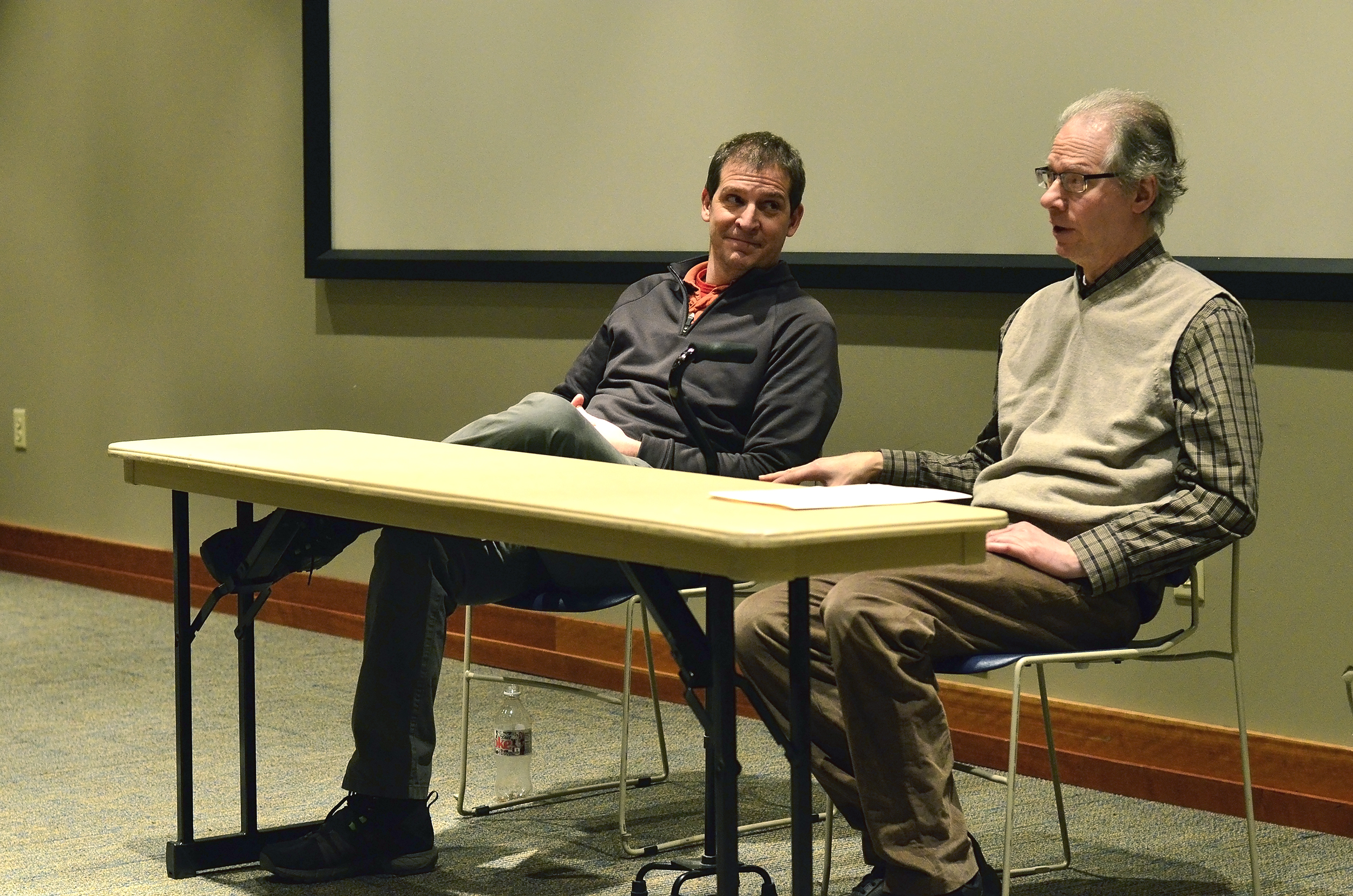 On the evening of Monday, Feb. 29, Lawrence community members gathered in the Warch Campus Center Cinema to attend a lecture on medicinal marijuana. NeuroLawrence and the Lawrence branch of the American Medical Student Association (AMSA) collaborated to host the event.

The lecture was presented jointly by two Lawrence professors: Professor of Psychology Bruce Hetzler and Associate Professor of Economics David Gerard. Each spoke for about half an hour, using their expertise to present field-specific perspective son the issue of medicinal marijuana.

Hetzler spoke first, presenting the facts about cannabis from a neurological and psychological perspective. Researchers are usually concerned with two substances within the cannabis plant: tetrahydrocannabinol (THC) and cannabidiol (CBD). THC is the drug’s principal psychoactive constituent, whereas CBD is thought to be the source of its medicinal properties. Different strains of cannabis contain wildly different concentrations of these two chemicals, but medicinal marijuana is typically poor in THC and rich in CBD.

Hetzler then briefly outlined marijuana’s legal status. Since 1970, the United States federal government has classified marijuana as a Schedule I drug, alongside heroin, LSD and ecstasy. Although public opinion and state law have swung in recent years in favor of the decriminalization or legalization of cannabis, the federal government reserves the right to enforce federal law at any time.

The next component of Hetzler’s talk explained why some view this categorization as unfair. First, Hetzler emphasized, “Marijuana is essentially never lethal.” However, he did not ignore the true dangers marijuana may pose to users’ health. He noted that the use of cannabis could increase the risk of paranoia, lung disorders and IQ loss in the long run, while impacting short-term memory and mood.

Gerard then stepped forward to discuss the topic from the perspective of economics and public policy. He first discussed the overwhelming support that the economists show for the relaxation of restrictions stemming from the War on Drugs. Gerard discussed the economic effects of the War on Drugs, which many economists argue has increased the power of cartels and made illegal drugs much more dangerous and vulnerable to adulteration.

Many economists support legalization, but many also support decriminalization, which would remove government almost entirely from the equation. However, Gerard noted that it is impossible predict the effects of loosening these restrictions. Some studies suggest that marijuana is a substitute for alcohol and other drugs, while different studies tell us that these products are complements. These differing findings suggest that wildly different industry interests are influencing current policy.

At the end of the lecture, the presenters opened up for questions. One questioner introduced himself as Steve Figi ‘68, a Lawrence graduate and passionate supporter of medicinal marijuana. In fact, Figi told the story of his granddaughter, Charlotte Figi. Charlotte is a five-year-old child with severe Dravet Syndrome whose landmark case led the International Business Times to describe her as “the girl who is changing medical marijuana laws across America.” Medical marijuana in Colorado all but cured Charlotte’s 300 grand mal seizures per week, causing a media firestorm in favor of legalization.

Presenters and attendees alike saw the event as a success. Gerard noted, “I was impressed by the turnout of students […] it’s always exciting to see students engaged in these topics.”

“It’s an opportunity to learn more about a subject that we don’t often get objective information on,” added senior and psychology major Genna Matt.

Figi and his wife Jo expressed happiness that Lawrence students organized this event. “It’s so important to encourage people to research these things, and to advocate for change in a positive way,” said Figi.