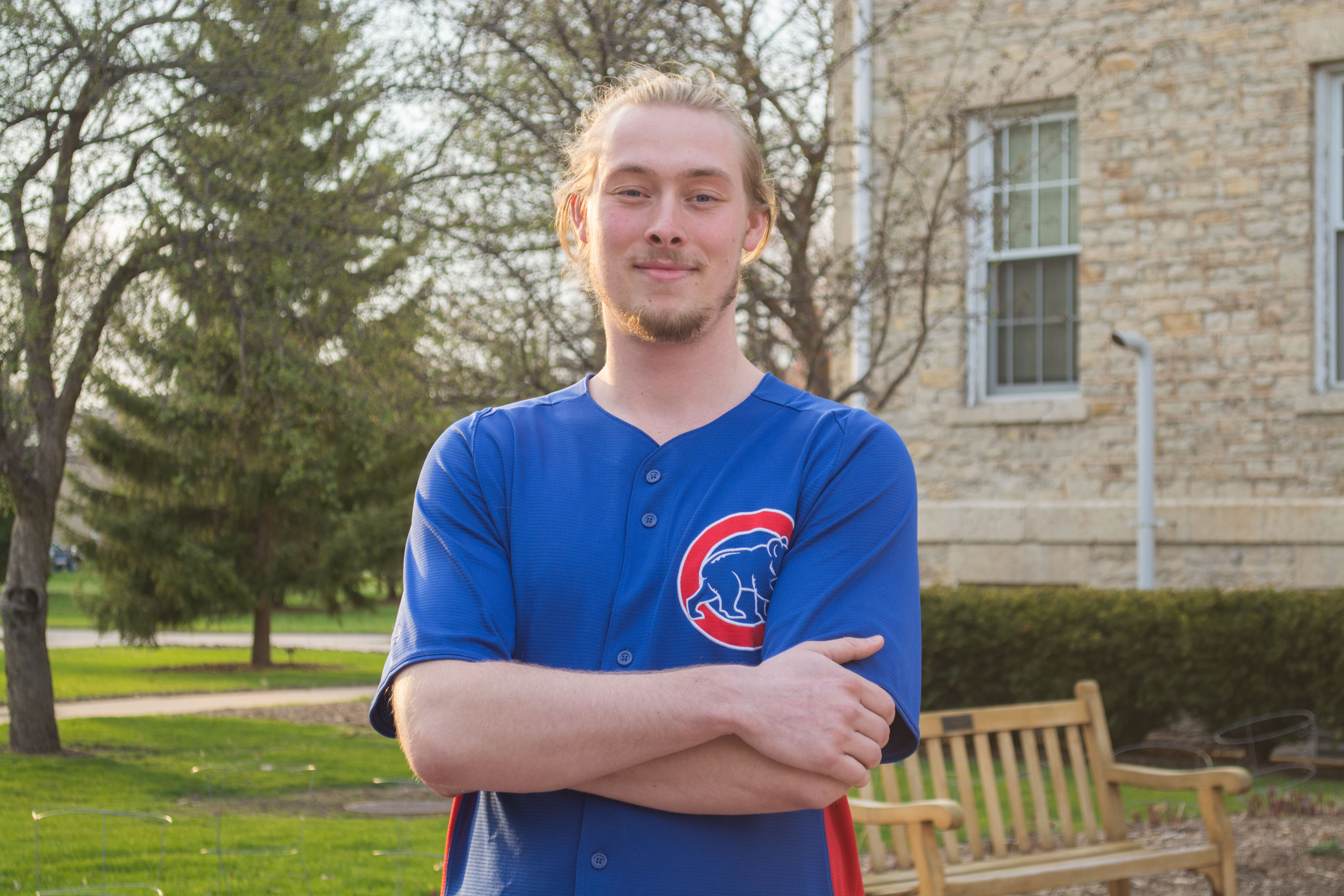 For senior and trumpet performance major Mitchell Nelson, music has always been a part of life. With parents as band directors, Mitchell has continued his love for music from his youth to the present as a current member of Lawrence University’s Wind Ensemble and Symphony Orchestra while pursuing a Bachelor of Music degree. Nelson explained, “Well, my dad being a band director, [he] actually took the jazz band up to Lawrence all four years that I was in high school for Jazz Weekend, which takes place in November, so that’s how I first got acquainted with Lawrence.”

Nelson’s junior recital last year and the preparation for his senior recital this year have been opportunities where he has been able to express his musicality through trumpet. For his junior recital, Nelson shared “I had a solo, then a trio, and then I actually transcribed a piece for trumpet and guitar.” When talking about composing and transcribing his pieces, Nelson stated, “I mean, [I had] a little bit of experience beforehand, like I hear a song and I just play along with it, but I didn’t actually really get into transcribing and arrangement until last year.”

In preparation for his senior recital this spring, Nelson explained “It also seems like I’m doing a trumpet recital in honor [of] or trying to replicate this trumpet player called Timofei Dokschitzer.” Three out of the five tunes Nelson prepared for his recital were inspired by listening to Dokschitzer’s recordings. For accompaniment, Nelson said he had Collaborative Pianist Nick Towns and senior David Voss on piano. For his final piece in the recital, Nelson put together a string orchestra, having transcribed “Blue Moon” by Clifford Brown from the album “Clifford Brown with Strings.” Nelson described Brown’s arrangement of the “Blue Moon” jazz standard by Richard Rodgers for a string nonet as having “six violins, two violas, a cello, plus rhythm section, so piano, guitar, percussion or drums and a bass. So I transcribed and arranged all of that,” Nelson proudly stated.

When trying to think about the professors and instructors that have helped him throughout his four years at Lawrence, Nelson paused and answered, “Honestly everybody. Well, [Associate Professor of Music and Teacher of Trumpet] John Daniel, is my studio professor, so he’s probably been the most directly influential for my trumpet playing. But musically, [Lecturer of Music] Patty Darling and [Assistant Professor of Music and Director of Jazz Studies] José Encarnación with the Jazz Department, and then Mast for Ensemble.” The support he has received from these different departments inspire Nelson to continue music as he is currently looking at graduate programs. “I’m looking at Penn State right now; I just turned in my application for that. So that’s all I know for short-term. But long-term I want to actually do what Professor Daniel does and teach music at a small college,” said Nelson.

A visit from Lawrence alumnus Jeff Kurtenacker ‘99 along with Grammy Award-nominated trumpet player Wayne Bergeron opened Nelson’s eyes to what it is like to work with studio recording. He fondly remembered, “[Kurtenacker and Bergeron] came out from L.A. to Lawrence. Wayne put on a concert Wednesday and one of the things that we did, actually Tuesday night with the orchestra, is we treated that like an L.A. studio recording session.” Mitchell paused and then shared, “And so we did like a mock studio recording that night, and that was really fun and actually that was one of the first things with trumpet that I experienced [which felt] like I can see myself doing that the rest of my life.”

In his four years at Lawrence, Nelson has been surrounded by wonderful professors and instructors, and has been immersed in a rich musical culture from taking classes and performing in the Conservatory and being able to meet notable alumni and musicians. With so many great opportunities after Lawrence, Nelson optimistically added, “So who knows what’s in the future. Can’t tell.”

Photo by Veronica Bella For senior and trumpet performance major Mitchell Nelson, music has always been a part of life. With parents as band directors, Mitchell has continued his love for music from his youth to the present as a current member of Lawrence University’s Wind Ensemble and Symphony Orchestra while pursuing a Bachelor of…