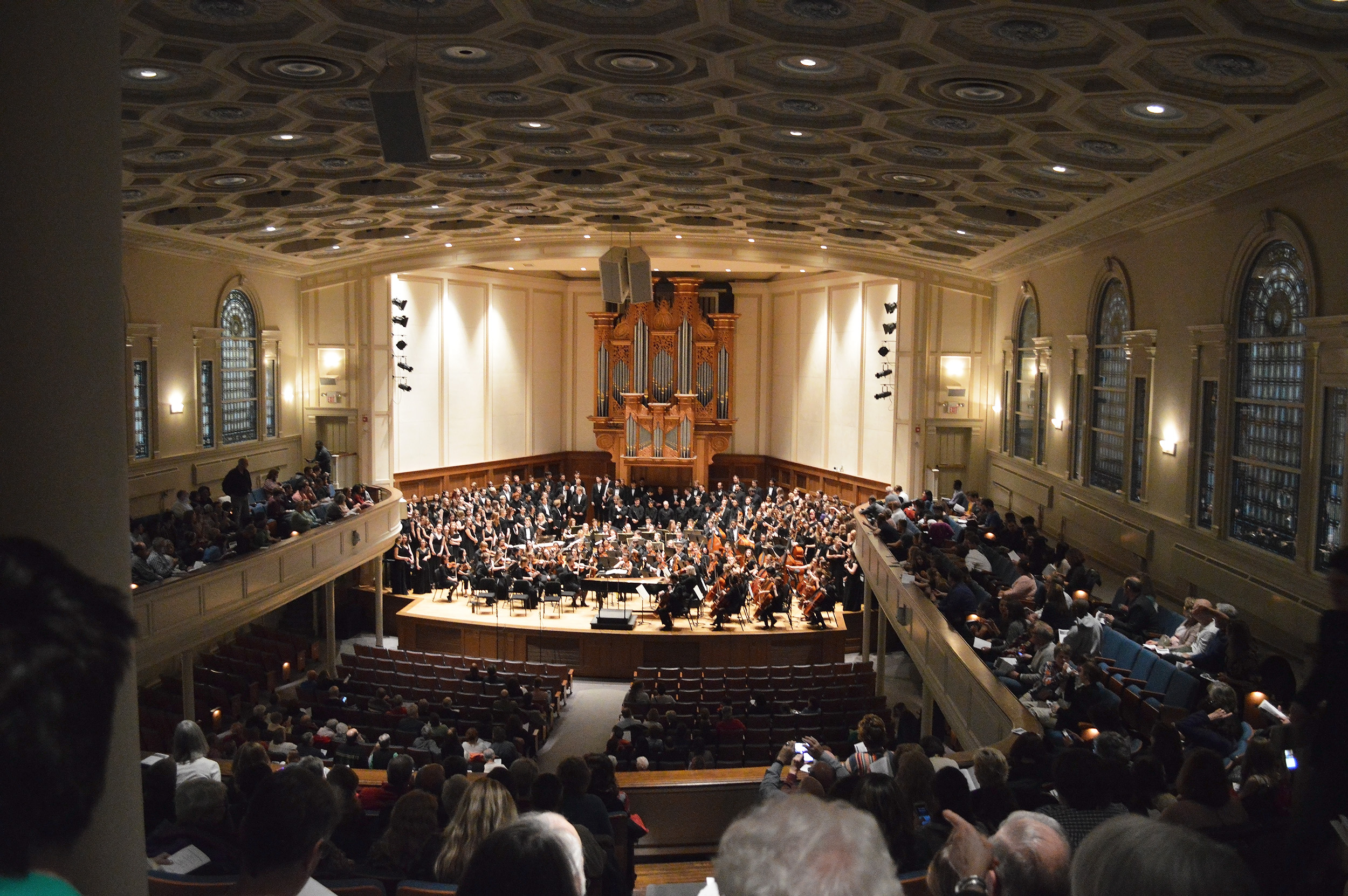 On Sunday, May 1, Lawrence University hosted the SAI/BLUME-Haiti Chamber Music Benefit Concert, where campus chamber groups came together to perform a variety of small- and large-ensemble pieces. The proceeds from the concert, put on by the non-profit organization Building Leaders for Music Education (BLUME)-Haiti and the Lawrence chapter of the international women’s fraternity for music Sigma Alpha Iota (SAI), will help young Haitians attend a summer music camp in Haiti.

BLUME-Haiti is a non-profit organization headed by Lawrence’s own George and Marjorie Olsen Chandler Professor of Music and cellist Janet Anthony, who travels to Haiti every summer to teach at the music camp. During the school year, she trains a few students to speak Haitian Creole so that they can go with her.

The event was supposed to fundraise for BLUME-Haiti, but it would not have been possible without the help of the Lawrence chapter of SAI, which has a strong following. They hosted the benefit concert and helped raise money by selling baked goods and flowers.

The concert was headed by the Kaukauna High School Orchestra, who played two joyful and upbeat Haitian folk songs before heading in a darker direction with a piece called “Plainte Nocturne” or “Nocturnal Complaint.” The orchestra’s director, Lori Lacey, imagined the piece as the story of a child going to bed having had nothing to eat. Although some of the students looked uninterested, the group did a good job of setting the stage for the rest of the night.

After a short break, a Lawrence chamber group comprised of violin, flute, piano, trumpet and trombone played a piece about light by Missy Mazzoli, a popular contemporary composer. The piece portrayed the different aspects and behaviors of light, using the strange combination of different instruments to create unique soundscapes.

Other Lawrence student chamber ensembles included the singing group Harmonia, who gave an enchanting and intimate performance of a song written in Haitian Creole and a virtuosic performance of Concerto for Flute and Percussion by sophomore Emma Reading and junior Irene Durbak.

There was a brief intermission presentation by senior Ally Kurihara, who studies saxophone and music education in the conservatory. She recently traveled with Professor Anthony on a BLUME-Haiti trip. In Haiti, she taught music theory to young aspiring musicians. Kurihara said she learned how important it is to reach these children when they are young and excited to learn.

After Kurihara’s presentation ended, Haitian composer Christopher Ducasse came onstage to tell us about the final piece on the program: “Souvenirs” for cello ensemble. He wrote this piece—whose title translates to “Memories”—about Haiti and the wonderful people he knows there. Professor Anthony enlisted 13 of her students to perform together for the world premiere of the piece. They gave a touching rendition of the poppy piece, all while smiling and nodding along.

The SAI/BLUME-Haiti Chamber Music Benefit Concert helped raise awareness for the need for music education in Haiti and the positive influence of music on young minds. Many in the audience were inspired to make a contribution. Those who want to learn more about BLUME-Haiti can find information on their website.