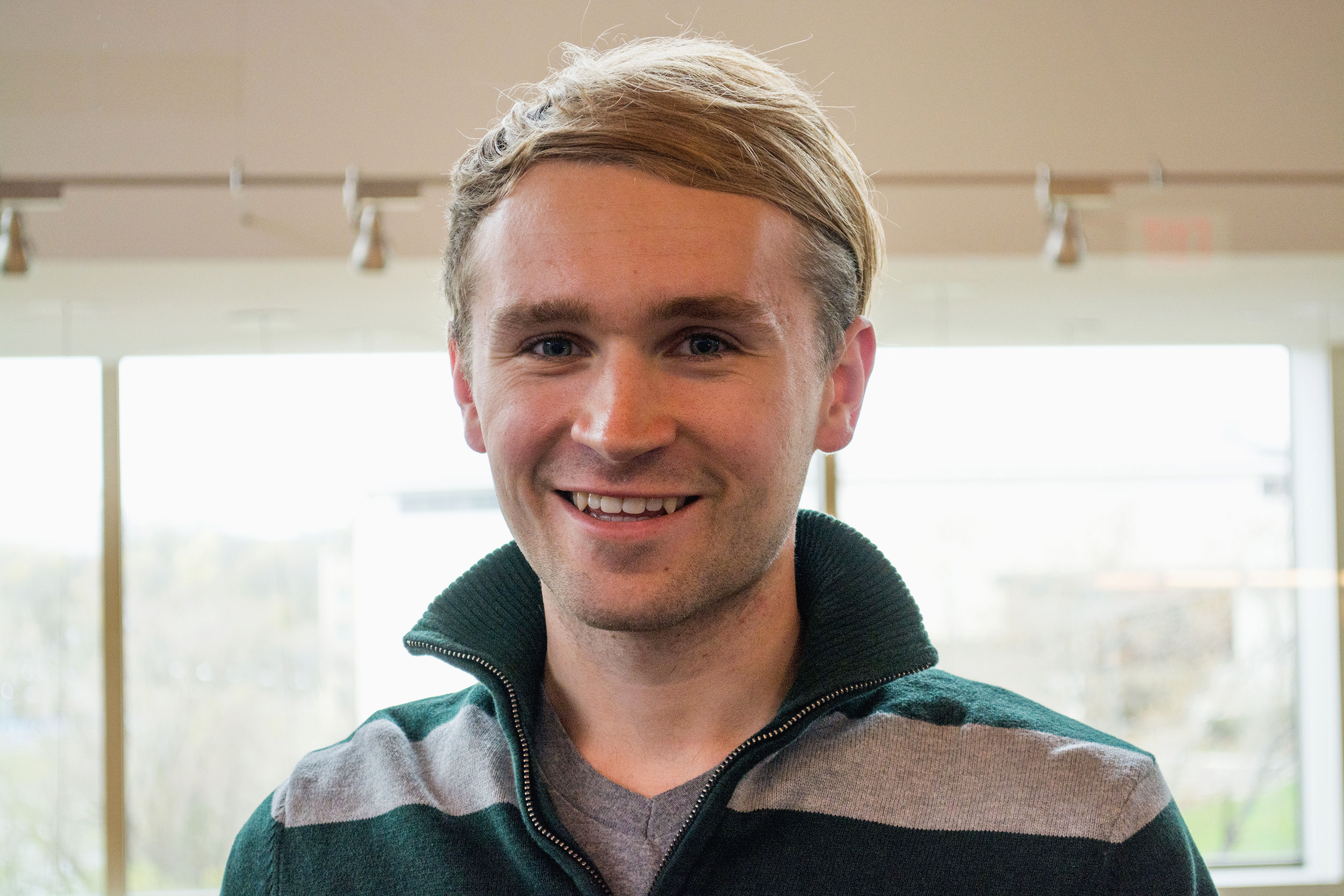 Lawrence’s five-year Bachelor of Arts and Bachelor of Music double-degree program allows students to pursue both musical and non-musical interests in a highly collaborative and innovative environment. For supersenior Brandin Kreuder, the double-degree program has allowed him to explore his love for both violin and the visual arts. Pursuing a Bachelor of Music degree in violin performance and a Bachelor of Arts degree in studio art, Kreuder is the second person ever to be a music and art double-major and the first Lawrentian to be studying violin performance alongside studio art. However, Kreuder did not plan to study both of these disciplines when he first came to Lawrence.

Starting violin in fourth grade, Kreuder said, “I absolutely hated it, and I skipped orchestra all the time, until I was probably in sixth grade. Then, all of a sudden I started liking it.” During his early orchestra years, Kreuder participated in the Wisconsin School Music Association (WSMA) State Honors Orchestra, and in high school he was a member of the Milwaukee Youth Symphony.

Although Kreuder came to Lawrence wanting to continue violin, he still sees visual art as his first passion. “I saw the movie ‘Titanic’ when I was five years old, and I would draw the actual ship all the time … I don’t know why I was obsessed with it, but I was, and that was always my subject,” he mentioned. Throughout his childhood, Kreuder found inspiration through anime characters from “Pokémon” and “Yu-Gi-Oh!,” and in high school he transitioned to portraiture and ceramics. “Outside of school I would spend all my time drawing, and so I guess my time [at Lawrence] I’ve also been doing a lot of drawing,” Kreuder commented. It was not until his sophomore year that Kreuder realized his passion for art could transform into a second major.

Combining both a music major and art major has sparked interesting conversation for Kreuder. “People will tell me […] ‘you should combine them’ […] You know, for me, I actually really like to keep them separate because I find that I’m in two different mindsets when I’m working in music and when I’m working in visual art.” For Kreuder, music is exciting and often more social in comparison to art, which he describes as meditative with more fulfillment and enjoyment. Though he likes to keep the two apart, Kreuder commented that music and art balance each other out. “So say I have a day where music is going really difficult for me—I also have art to fall back on that will be able to help me, so they really just work well together,” he stated.

May is an exciting month for Kreuder, as it will feature both his recital and his senior art show. On May 11 in the Lawrence Memorial Chapel, Kreuder will be performing many contrasting pieces for violin. “I’m really excited about [it] … [I am playing] a sonata by Beethoven, a piece called ‘Theme and Variations’ by Messiaen, and Ravel’s famous showpiece called ‘Tzigane,’” said Kreuder eagerly. The Romantic era is his favorite musical era, but while being concertmaster the last three years for the Lawrence University Baroque Ensemble, Kreuder has also enjoyed learning new musical styles and techniques. For his senior art show on May 27, Kreuder has created and sculpted many different-sized ceramic boxes.

He hopes that it will be an interactive display. “People will be able to pick them up, see what’s inside, and they’re kind of a surprise. There’s nothing inside—it’s more about the way that they’re made that I want people to explore.” Ceramic sculpting has allowed him to create a lot of different pieces all the time. Though he admits that taking art classes on top of classes in the Conservatory is a challenge, Kreuder describes his senior art show as a “culmination of multiple years—actually my entire life—of building boxes.”

When asked about some of the instructors and professors he has worked with at Lawrence, Kreuder smiled and said, “I would like to give a shout-out to my violin teacher, [Associate Professor of Music and Teacher of Violin] Samantha George. She’s someone I find very inspiring because of her organization skills […] and [she] allows you to push yourself to the extent you want to push yourself.” Kreuder said that George has also helped inspire his organization for art-making. Two ceramics professors, Sarah Gross [now a professor at Kansas University] and current Uihlein Fellow of Studio Art Meghan Sullivan, have also been great inspirations to Kreuder. Working as a studio assistant at the Wriston Art Center in the ceramics studio and helping put together pieces for Gross’ exhibition last year have been memorable experiences for Kreuder.

“I guess I’ve just really enjoyed the leadership positions that Lawrence has allowed me to have within the Symphony Orchestra and the Baroque Ensemble,” he said. “It’s allowed me to develop a sense of leadership [that] I can take with me to graduate school.” After Lawrence, Kreuder will attend Frost School of Music at the University of Miami in Florida.

Well-known for its art scene in hosting the Art Basel show in Miami, Kreuder is excited for the musical opportunities and being able to visit galleries and showcase his ceramic work.

Lawrence’s double-degree program has enabled Kreuder to pursue both of his passions. He stated, “For me, the only reason I’m double majoring or double-degree is because the majors that I have are what I love, and I just want people to be reminded that they should put their time and effort into things that they love because if they don’t, they’re not going to be happy.”

Photo by Veronica Bella Lawrence’s five-year Bachelor of Arts and Bachelor of Music double-degree program allows students to pursue both musical and non-musical interests in a highly collaborative and innovative environment. For supersenior Brandin Kreuder, the double-degree program has allowed him to explore his love for both violin and the visual arts. Pursuing a Bachelor…