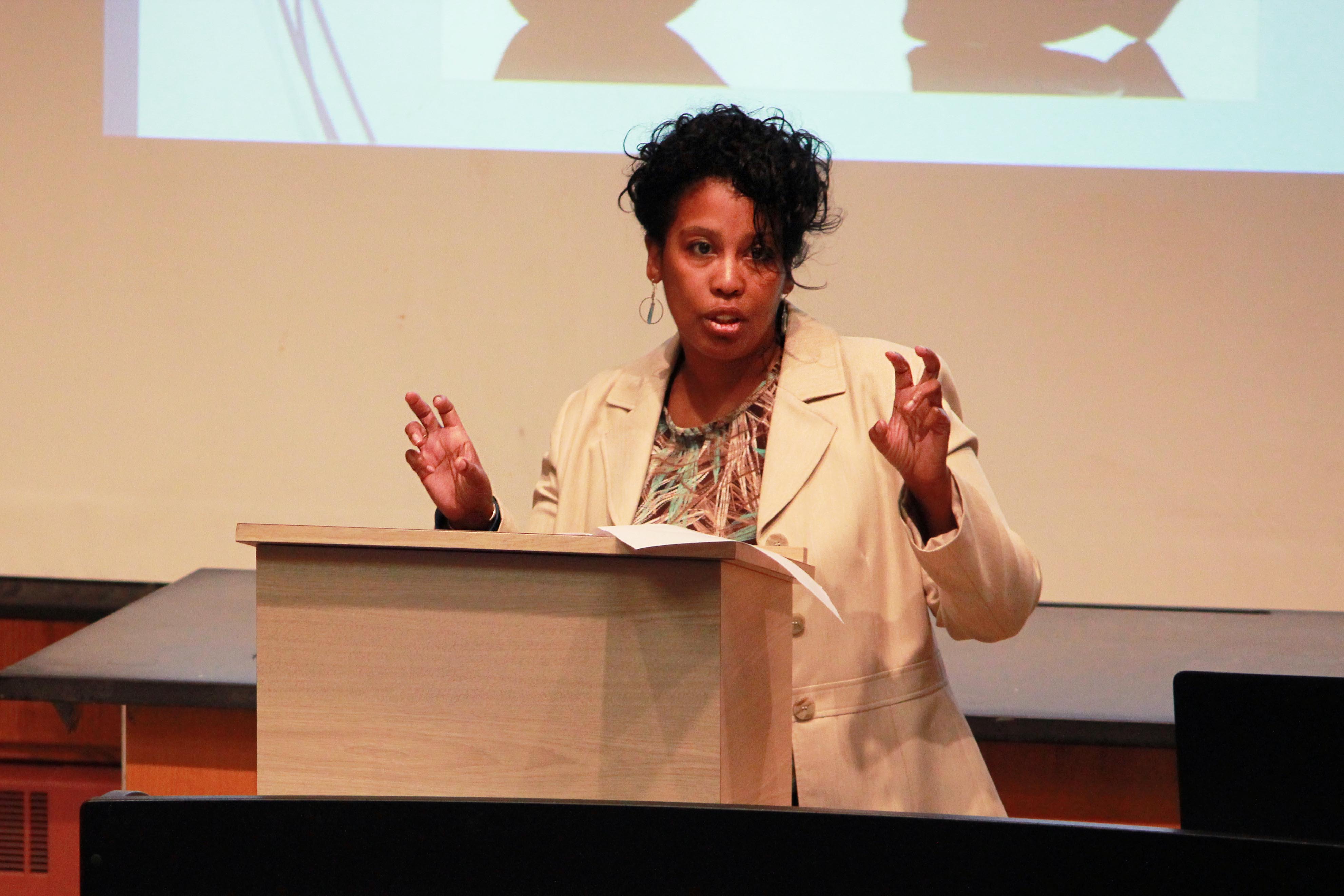 Last Thursday, April 28, Ming Trammel, Ph.D., took the stage in Youngchild Hall Room 121 to shed light on how teens of African-American descent take to social networking in an effort to combat being left out of the social dialogue.

Trammel, a pronounced gender studies researcher, spoke about the various facets of social life of millennial youth that have been transformed by the presence of digital networking, and further explained how the experiences of some social groups have been “conveniently ignored” by the scholarly literature.

In particular, she discussed experiences pertaining to young African-American women, their Facebook profiles and their blogs.

According to multiple studies conducted by Trammel, a vast majority—roughly 70 percent—of young African-American women took to social media platforms like Facebook, Twitter and various blogging portals, both large and small, in an effort to voice their opinions. No organized study focusing specifically on these women’s experiences in fighting racism and marginalization through those mediums had been conducted before.

Trammel also spoke in-depth about how the dialogue regarding issues of race, when implemented into any other field of research or study, is perceived as taboo and rendered “unapproachable” in many respects.

Regarding the experiences she had during the study, Trammel shared, “I began to think about the tensions that would frequently arise, especially when the conversation was about issues relating to black females.”

“I do a lot of work on gender and STEM [Science, Technology, Engineering and Math],” she continued, “and any time I would be in a room talking about issues relating to gender and STEM, someone would bring up issues related to women of color, and you could just feel the tension grow in the room.”

Trammel also went on to detail the ways in which young African-American females confronted issues of race on social media, and how their reactions were largely reliant on the type of crowd that was being addressed.

All in all, Trammel’s speech highlighted the complexity of social media’s role and its effect on teens of different skin colors and genders.

“She provided us with stats that she gathered during research,” remarked freshman and psychology major Saahil Cuccria, “but I failed to understand what the goal of the research was.”
“What question did they need an answer to, or what hypothesis were they trying to prove?,” Cuccria continued. “Was it on how ‘girls talk back?’ She [Trammel] mostly gave examples of comments and some posts that expressed the girls’ opinions on issues, events and incidents, but those posts could either be blog posts or statuses; that distinction was unclear to me.”

“Regardless of [the] lack of connection that I felt,” Cuccria concluded, “I walked away with some information about how black teens use social media, and some interesting stories of successful activism.”