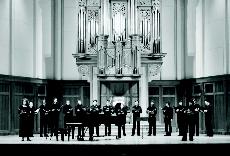 Less than a month after the devastating 7.0 magnitude earthquake in Haiti that killed at least 150,000 people and left over a million homeless, rescue and relief organizations such as the American Red Cross have spent nearly $80 million in sending food, clean drinking water and shelter items to those in Haiti, according to http://www.redcross.org/.
However, the Conservatory of Music at Lawrence is taking a different approach to sending relief to Haiti. Last Sunday, Jan. 31, faculty and student members of the Con performed in “On Spiritual Thought II,” a vocal concert which raised money for rebuilding the Holy Trinity Music School in Port-au-Prince, the capital of Haiti.
The Holy Trinity Music School is the largest music program in Haiti, and since its beginning in 1927, quickly has become one of the few institutions in the nation that integrates students from both the wealthy and poor social classes.
The school itself has grown exponentially, and this year the school has over 1,200 students who participate in the five orchestras, three bands, and boy choir and take lessons in orchestral instruments, as well as piano and voice.
The school has become internationally acclaimed, with groups like the “Les Petites Chanteurs” boy choir performing in the United States and participating in the Americas Youth Symphony Program, while the Orchestre Philharmonique Ste Trinité was coached by members of the Boston Symphony Orchestra.
Lawrence has been very involved with the school over the years – since 1996, over 40 Lawrentians have volunteered and taught at music programs across the country, mostly at the Holy Trinity Music School.
“On Spiritual Thought II” had been planned since last Fall, according to Assistant Professor of Music Steven Paul Spears, but after the earthquake last month, it was deemed appropriate to have the concert geared to raising money and awareness for the Holy Trinity Music School, whose buildings were destroyed in the earthquakes.
Spears has organized other charity concerts in the past, including the original “On Spiritual Thought” concert held in January 2006.
“This was to encourage people to give to relief organizations helping Jakarta, New Orleans and other areas of the globe where natural disaster had struck,” Spears said. “It was a wonderful success, employing many Conservatory faculty performing solos and ensembles, as well as a few professors in the Con and in the University reading selections that were especially poignant to the situation.”
The concert this year featured performances by Spears, Karen Leigh-Post, Patrice Michaels, Christopher Besch, Zachary Becker, Kathrine Hanford, Catherine Kautsky, Kenneth Bozeman, Linda Sparks and many students, and it featured works ranging from Classical-period composers such as Mozart to contemporary composers.
The concert was designed to promote reflection on spiritual thought especially in light of the Haitian earthquake.
“The classical vocal aspect of the repertoire was geared to spirituality, philosophy and religion,” Spears said. “The variety of music inspired by religious or spiritual topics fascinates me and I like presenting rare works of major composers that for whatever reason do not get the exposure they arguably warrant.”
The concert raised $278 for the Holy Trinity Music School at the door. Faculty and students of the Conservatory who have been able to experience what music can do for those in Haiti want to ensure that the school will continue to make a difference in Haiti even after the earthquake.
Future Haitian benefits at Lawrence include the “Friends of Haiti Silent Auction and Chamber Orchestra Benefit Concert” Feb. 6 at 6:30 p.m. in the chapel and the Haiti Benefit Program at Harmony Café Feb. 12 at 6 p.m. 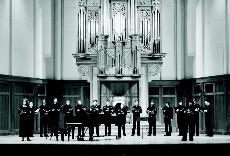