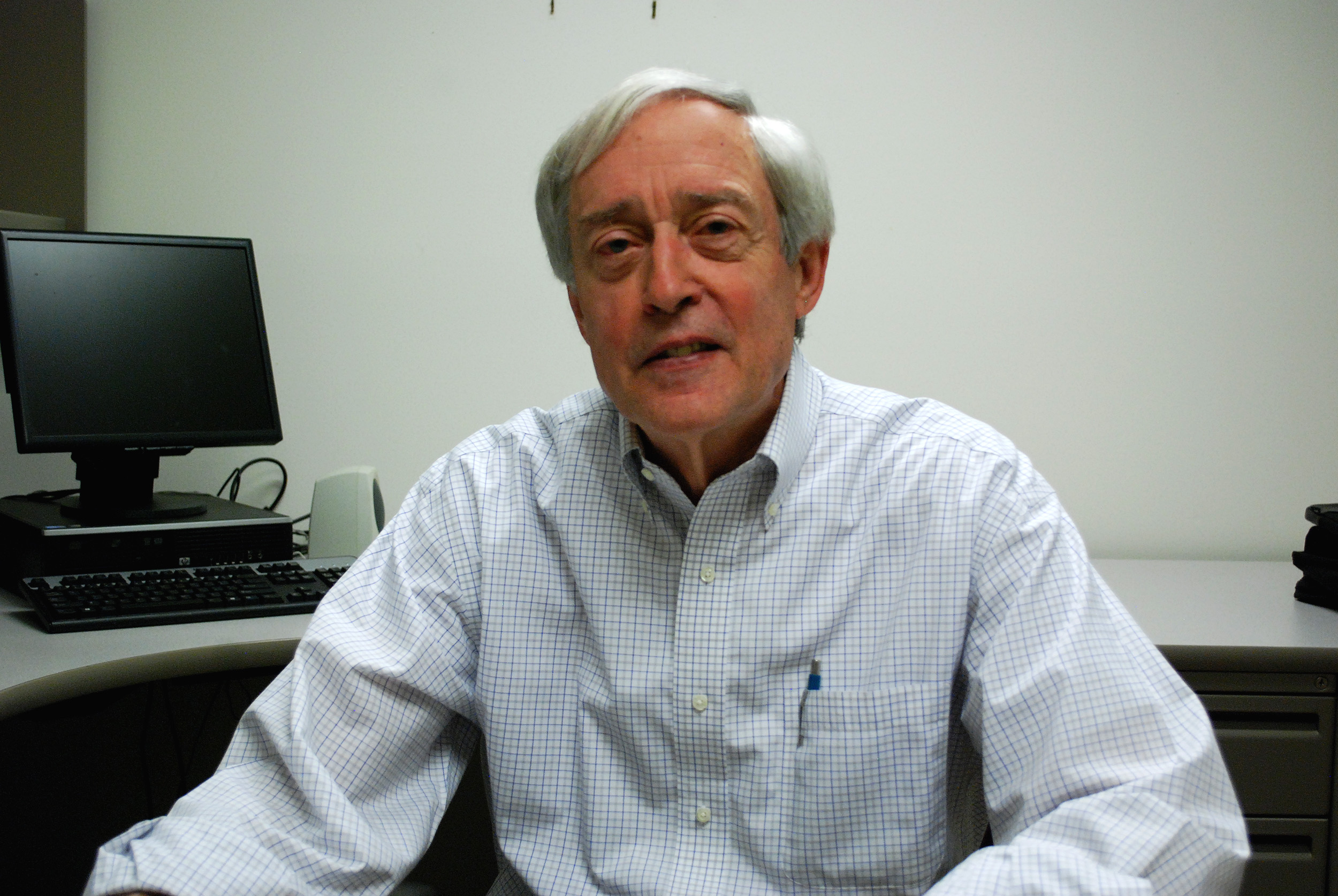 Professor George Rupp was delighted to visit campus and share his experience.
Photo by Anh Ta

Over the course of last week, May 8-18, Stephen Edward Scarff Visiting Professor of International Affairs, George Rupp, spent his time at Lawrence giving a lecture, leading classes in the government department and enjoying the campus in general. The Scarff Visiting Professorship was established in 1989 by the Scarff family, designed to bring civic leaders and scholars to Lawrence to provide broad perspectives on important issues in international affairs.

A former president of the International Rescue Committee (IRC) from 2002-2013, former president of both Columbia University and Rice University and a lifelong social activist, Professor Rupp shared his vast experience with Lawrentians. Any student who had the chance to talk to him saw his enthusiasm and genuine curiosity in people and in improving communities. Professor Rupp sat down with us last Friday, May 13, to talk in detail about his work in the crisis relief and humanitarian sectors.

How did you decide to take on the job at IRC?

So I have been the president of two universities, and by that time, I was 59. I thought I had one career left, and I had wanted for a long time to do something in international development. So once it was public that I would be leaving [Rice University], I thought that I could start to explore the ways in which I could be involved. So I was interested in it, and also I’ve been a social activist ever since I was in high school, very much involved in the civil rights movement of this country, and then the anti-Vietnam War movement. I love to participate in those social movement[s]. In graduate school, I spent a year in Sri Lanka, which used to be Ceylan. The image of that developing country was really vivid and I found it [a] very attractive place to be. And then thirdly, one of our daughters—both of them are anthropologists—but one of them is an Africa specialist and she has lived in Africa altogether for about four years. But for two of those years, she lived in a village of 50 families in southeastern Cameroon in a mud and stick house and we visited her there. I found the work that she was doing there and the way in which she could learn from those communities to be extremely attractive. So I would say those are the three reasons why I felt like I wanted to do something in international development. And then I proceed to figure out how to get a position in such an organization.

How has your experience there been?

I have cherished all of the positions that I have the privilege to undertake, including the ones at the universities. But I have to say the one that is most satisfying out of all of them is the IRC. It’s the one that I was able to work around the world with colleagues who were based in the countries that they were working in. It is one thing to visit a country and it is another to go to one where there are hundreds of colleagues who are from that country and excited about the work they are doing. As an outsider and a fellow member of the same organization, it was just great to see what their work is. It was exhilarating. And I used to tell people that as a university president, I would visit centers of high culture around the world and visit prosperous alumni and ask them for money, and now I have the chance to visit all the other places in the world.

Can you tell us a memorable experience during your time at the IRC?

When the tsunami hit Aceh, Indonesia, the IRC was very quick to respond, partly because we were already present in Aceh because of another conflict that was going on between the Acehnese movements to separate from the Indonesian government. We could very quickly scale up our operation. I went to Aceh about a week after the tsunami hit. I was already in Europe for something else, so I just kept going. Just as for most of the work at the IRC, we get to the most difficult and remote areas, and in this case, the only way to get there was by helicopter. I flew in by helicopter to Selang, a fishing village [in Aceh] we were helping to rebuild after the tsunami […] I saw a man in white robe running toward the helicopter. As I get out through the door, he came up to me and said ‘Mr. George! Mr. George! I bet you’d never have thought you would see me here!’ and it was Akbar Jan, one of our colleagues in Afghanistan of over 20 years, a water engineer. I have met him several times in Afghanistan, and he was a part of our emergency response team. We are always able to get to the crisis zones in the first 72 hours. Akbar Jan had never been outside of Afghanistan, and came to Aceh with the team. He wanted to show me what he was working on, and it’d just been a few days after the tsunami hit. He took me up a hill where he had already constructed a gravity-driven water system that led to a pump where a lot of people gathering around and getting fresh water that came from the springs up on the mountain flowing down to where the village was. He was so proud of what he had already accomplished. Now that is an example of what we called building global capacity. In this case [Jan] was building at his home country Afghanistan, but also has the capability to help people in Aceh. I have hundreds of experience[s] like that.”

How has your academic background in religion and divinity helped you in your work with the IRC?

The IRC is decidedly a secular organization. It is the only one of the 11 agencies that work with the Department of State in resettling refugees in this country that is not religiously affiliated. I was selected as the president of the IRC not because of my religious background, but despite of it. Ever since I left Harvard Divinity School, there I had to have some affiliations, at Rice [University] and Columbia [University], it was an oddity rather than something taken for granted. But it doesn’t change the fact that at all of those secular institutions, my own core values have shaped the way I interacted with people and the priorities that I set. And that is particularly true at the IRC. I never expected that anyone had to share my particular religious views, but there is no question that the IRC was animated by idealistic people committed to their core values, and in this case, helping people to get back to their feet after a crisis. I share that commitments […] My religious views shaped me and my values.”

What are some current projects that you’ve been working on?

I’ve been teaching a course [since] last semester, but I decided not to continue that because I am busy with other matters. Right now the one activity that is taking more time is that I am the Chair of the International Baccalaureate Organization. It is a very interesting and complicated organization, with thousands of schools around the world with its program […] I’m also on the foundation boards of a couple of other organizations and that takes some time as well. Amongst those include the Luce Foundation that has been a very generous supporter of Lawrence University.”

How has your experience been at Lawrence?

I found it to be a very wonderful experience. The students I’ve met are very engaged in their studies and in larger issues. I’m struck by how friendly everyone is. It’s very nice. I think people are genuinely helpful, open [and] welcoming. And the campus is lovely.