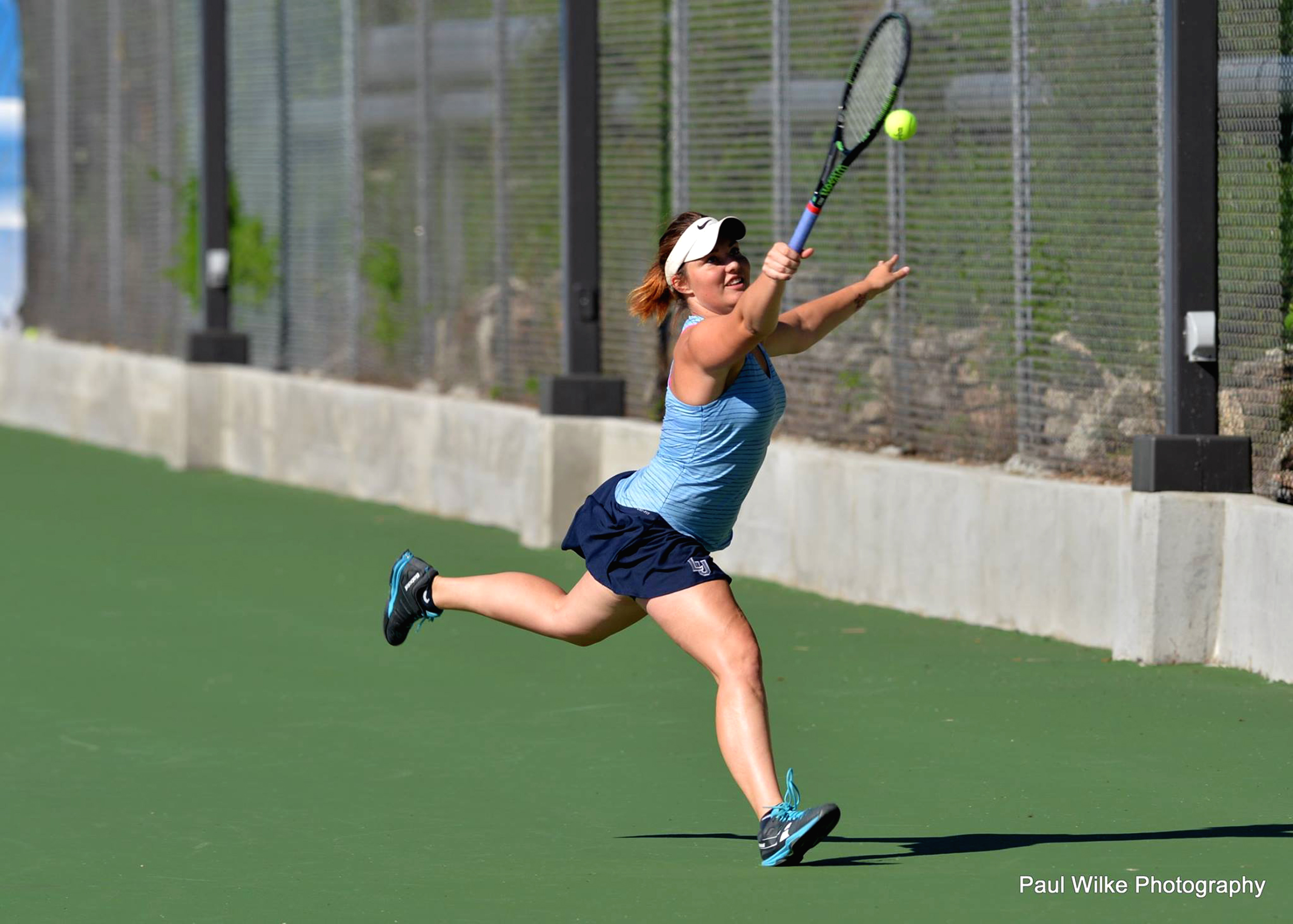 Lawrence finished their season in fifth, one place shy of the conference tournament.
Photo provided by Paul Wilke

The Lawrence University Women’s Tennis team closed out their home schedule this past Saturday with a doubleheader. Heading into the day, the team was sitting fourth in the conference, right at their season goal. However, they were faced with a challenge to hold onto the fourth place standing as their opponents for the day, the Cornell College Rams and the Grinnell College Pioneers are the top two teams in the conference.

Up first was Cornell (8-2, 6-1). The Lady Vikes were well-prepared for the match against the Rams, knowing that they were strong competition, but if they played great tennis they could sneak out a close victory. Unfortunately, the match did not go Lawrence’s way as the team was swept 9-0. Junior Lindsey Holsen won the Lady Vikes’ only set of the competition in the No. 2 singles match as she took the first set from Cornell senior Shashanna Moll 6-3. “We all played good tennis, but they were better than us. I’m proud of how I played!” said senior Elana Lambert.

The Lady Vikes’ day continued against Grinnell (7-1, 7-0), who is currently ranked first in the Midwest Conference. “We knew going into Grinnell that it would be our toughest match of the season. We knew that having fun and playing our games would help us the most” explained Lambert. The Lady Vikes lost 8-1. Sophomore El Goblirsch provided the only victory for the team in the No. 6 singles match against Grinnell sophomore Eden Gregory. Goblirsch won the first set 6-2, but Gregory took the second 6-4. Goblirsch went on to win the tiebreaker 10-6 giving her the 6-2, 4-6, 1-0 (10-6) victory.

With the two losses on Saturday, the Lady Vikes’ finished their league season at 6-6, with a conference record of 5-4. “We were hoping to make the top four and unfortunately, we did not. We placed fifth overall in conference” said Lambert about the Lady Vikes’ ending conference standing. However, the season is not quite over for the Women’s Tennis team. They all will be heading to Madison to play in the individual conference tournament this upcoming weekend, Oct. 15 and 16.

The program is also heading in the right direction. Reflecting on the season, Lambert says, “We have done well this season. We have had some close wins and losses. There is a lot of talent on the team and it is fun for me to graduate knowing that there is a lot of potential for next year.” The team is looking to play strong tennis and have fun this weekend. They hope to build off of the successes of the past season for the upcoming years continually looking to be one of the top teams in the conference. The team will lose three seniors to graduation, including Katie Frankel, who was named Midwest Conference performer of the week this season, so in order for the success of the team to continue returning players will have to fill some big shoes next year. That being said, it is a challenge they are ready to take on.