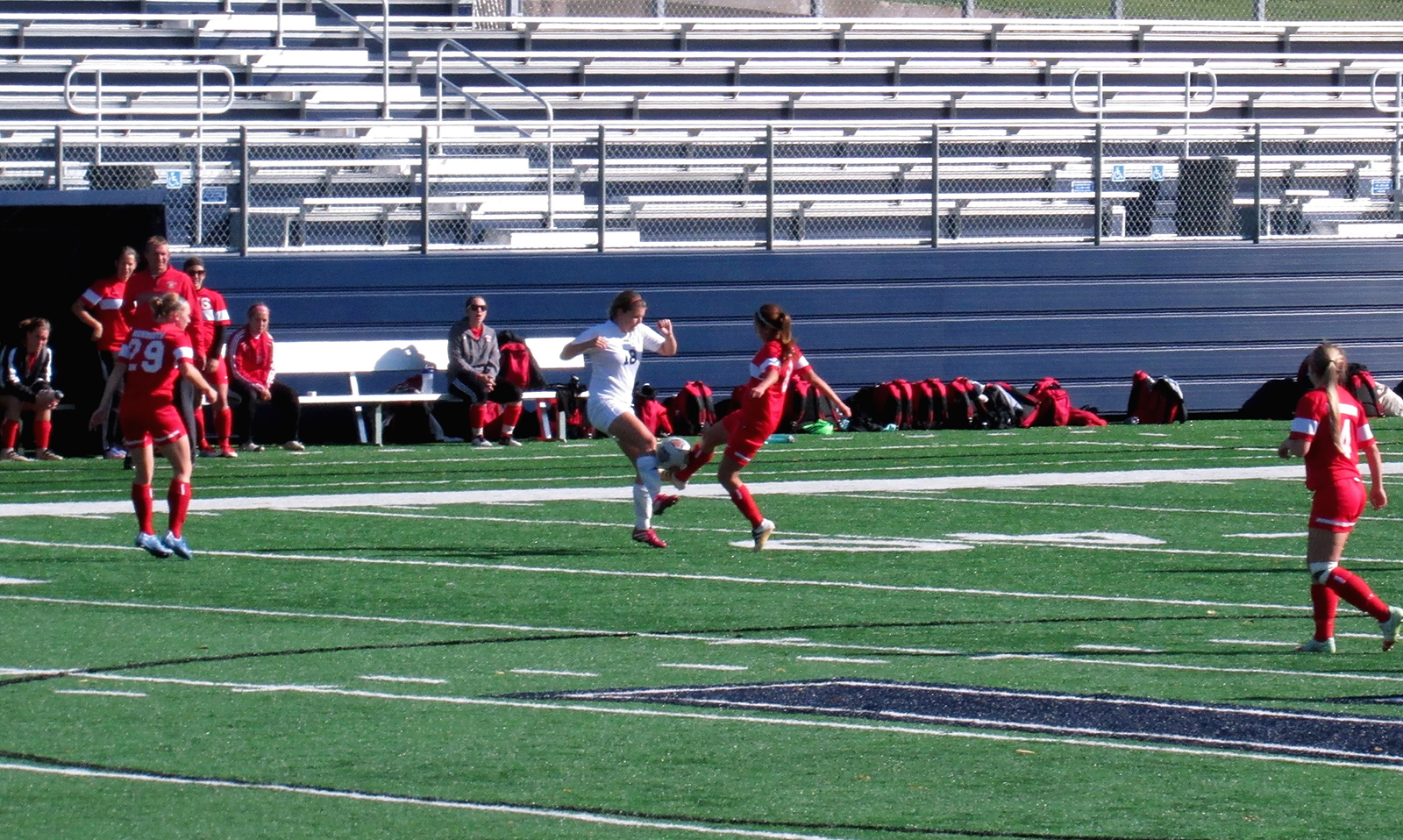 The Men’s Team was able to capture a lead at the 30:13 mark against Monmouth with an unassisted shot into the goal’s upper right hand corner from sophomore Taylor Reifert.

Unfortunately, Monmouth was able to tie the game shortly after that, and then took the lead at the 34:25 mark with a shot from Monmouth’s Agustin Miranda with assists from Daniel Wells and Mario Sanchez. The Vikings were unable to score after that as Chase Stroud finished the game with five saves for Monmouth. Senior Joe Krivit was able to stop seven shots for the Vikings. Monmouth had 11 shots for the match, while the Vikings had nine.

The Women’s Team’s game against North Park was in favor of North Park early on in the game. North Park was able to score two goals early in the first half within a minute of each other, one at the 5:27 mark from Maja Scharin with assists from Delaney Kress and Annika Nyquist and the other at the 6:18 mark from Kress with an assist from Emica Quigley. North Park scored the next goal 1:28 into the second half with an unassisted goal from Marina Barrios to give them a 3-0 lead against the Vikings. Lawrence junior Ryan Berkley, scored an unassisted goal after beating a pair of defenders in the corner and shooting it into the upper corner with 35:56 remaining in the game to cut North Park’s lead to 3-1. Grace Redding from North Park scored the fourth and final goal for the team with an assist from Barrios with just under two minutes left in the game to bring the final score to 4-1 against the Vikings. Junior Kori Looker made 15 saves for the Vikings, while Sydney Martinez stopped six shots for North Park. North Park had 26 shots throughout the game while the Vikings only had eight.

The Vikings also fared poorly against Monmouth. Monmouth’s Darice Brooks picked up a goal early on at the 13:44 mark to take a 1-0 lead. The Vikings were almost able to tie the game a few minutes later in a scramble in front of the net, but Monmouth was able to regroup themselves and stopped the goal. Brooks scored again in the 71st minute with an assist from Kara-Jade Gordon to take a 2-0 lead and put a hold on the Vikings. Monmouth’s Nicole Neagle made four saves in order to grab this shutout against the Vikings, while Looker stopped 15 shots for Lawrence. Monmouth had 33 shots throughout the game, while the Vikings only had seven shots.

Women’s Soccer played their last home game of the season last weekend. Photo by Tia Colbert As the season winds down for Lawrence Men’s and Women’s Soccer Teams, both teams have been unable to return to the winning side of the competition. This previous weekend the Men’s Team played against Monmouth College, but ended up…