Jazz and Swing combine for an evening of fun 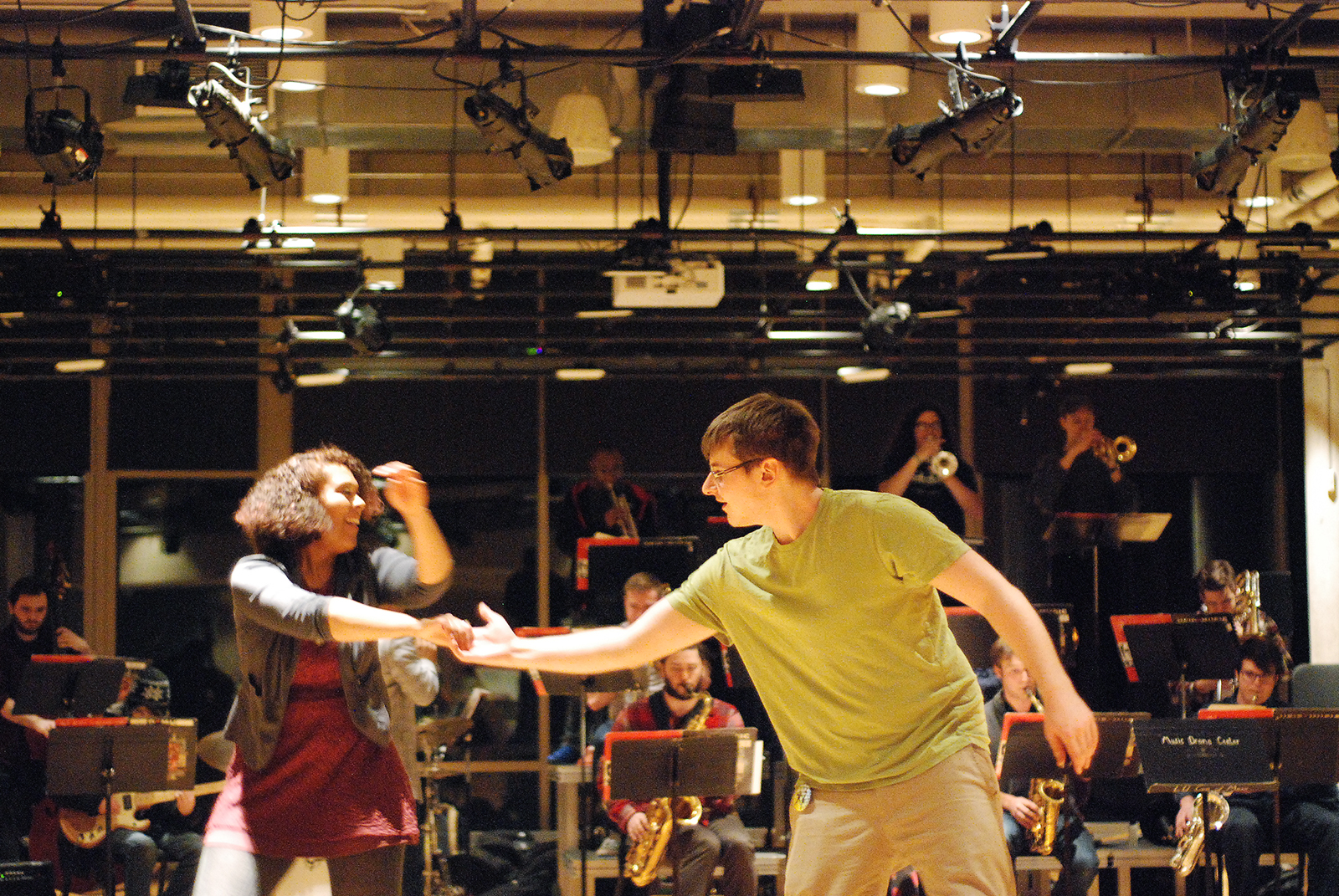 The two bands were conducted by José Encarnación, Assistant Professor of Music and Director of Jazz Studies and Patty Darling, Instructor of Music. In a nontraditional method, members of Jazz Band and LUJE played together and sight-read an hour and a half of swing tunes. After a handful of songs, a few members of the band would swap out, giving other musicians a chance to play. Because the charts were unannounced, it was difficult to accumulate a list of songs. To name a few, the band played, “Ain’t Misbehavin’,” “April in Paris” and “I’ve Got the World on a String.”

The combined bands played many moderate-tempo swing tunes that were generally very lively and danceable. After a few songs, the swing dancers arrived, providing further entertainment. Many people were hesitantly dragged onto the dance floor, but once they began dancing, the room was full of smiles and laughs. While some dancers were only joking around, many experienced Lawrence Swing Dance members also danced, and it is always very enjoyable to witness their skilled dancing.

Though there were not many solos throughout the performance, one of the slower tunes of the night featured a solo by freshman Ricardo Jimenez on trumpet. Oppositely, an upbeat and spirited arrangement of “When the Saints Go Marching In” got the entire audience clapping and singing along. This song was definitely a crowd favorite, and it was really great to see everyone dancing and enjoying themselves so much.

Around 10 p.m., things died down as the dancers got tired. The rest of the night was slightly more easygoing until the band ended the performance with a rendition of “Sing, Sing, Sing.” This song was a crowd pleaser, and it got many people up and dancing for one last time. Overall, the night was full of classic jazz tunes and a lot of swing dancing. The audience turnout was great, which proves that Rik’s Café jazz events are not a night to be missed.